One of the flattest calmest days I have been out in a long time.  About 5 minutes of ripple all day.  It would have been a good day for fishing dries, except the water seems to have warmed up again after the previous week’s sunshine and warmth from the big high pressure system,  I measured it at 19.5 C.  Word was the fish had retreated back into the Gateside deeps.  The armada spent the whole day in there.  Fraser Gault and I preferred to keep a bit of space around us and we ended-up spending the majority of our time between Bogle Knowe, round the Butts and into Chicken Leg.  And for a good chunk of that time we had the entire eastern basin to ourselves.  There were very few rising fish to be seen anywhere, and precious little fly life to attract them up.  We both tried a rod set up with dries and a rod set up with nymphs.  Fraser spent more time on dries and I spent more time on nymphs.  We hooked 6 fish between us, though 3 of those fell off.

The club’s best bag was 7, caught by Darrel Young, fishing a weighted bunny leech on a DI-7 at the cages. 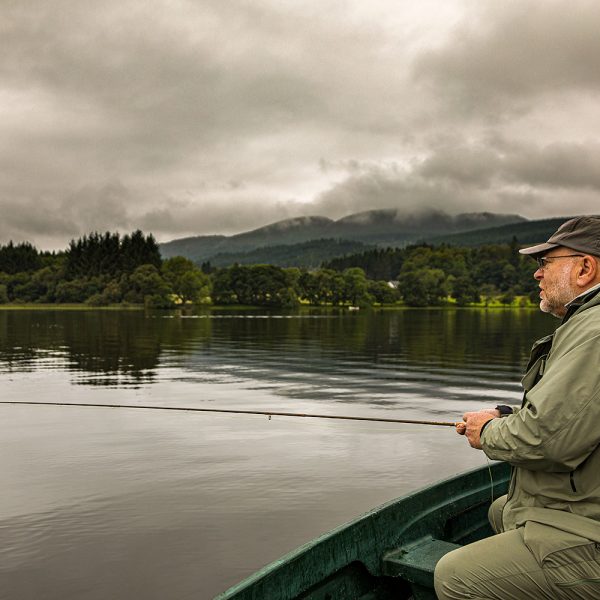 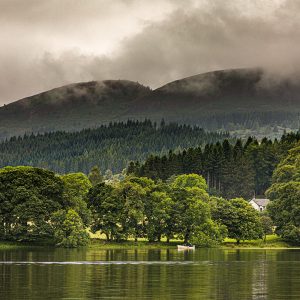 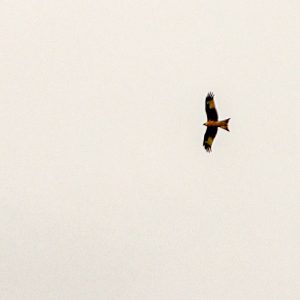 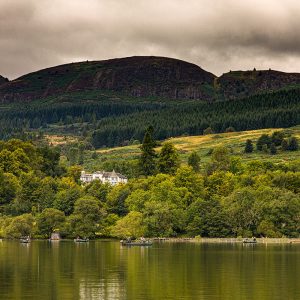 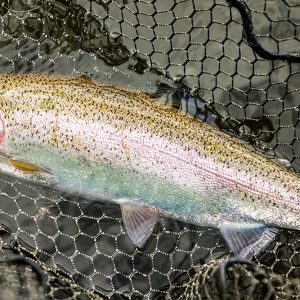 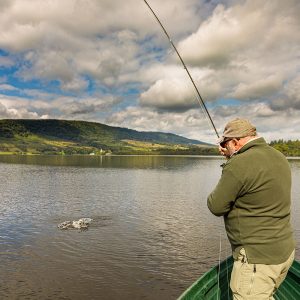 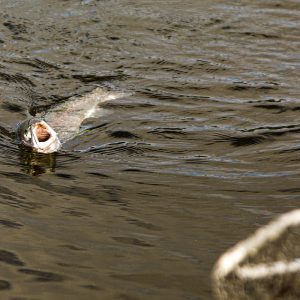 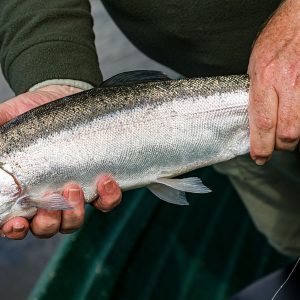 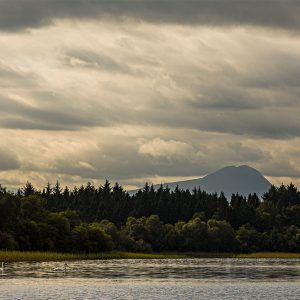 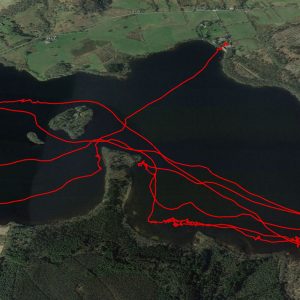