There had been hardly a breath of wind for the past 2 weeks… until we turned up at Black Loch for our outing and got a stiff westerly.  Oh well…

Keith Logan was on the engine in our boat and we focused on drifting onto the downwind shore, where the advice was that we would find the better quality fish lying, and they were cooperating with dries if you worked hard enough for them.  Well, we started on dries and we did get some early action to them.  Keith had one to a foam daddy and I had one to a choco hog and one to a daddy hog.  We missed others – the takes were difficult to detect, as they were tending to take the fly as it got swamped in the wave, without breaking the surface.  The first you knew you had a fish was when you went to lift-off!

Peter and Derek were working the same area as us and were also catching fish, though they were on washing-line set-ups.  Our initial action to dries, er… dried-up, and it was like fishing without flies on.  We both put up a 2nd rod.  Keith went with a washing line on a 6 foot tip, and, given the stiff breeze, I opted for old school and a team of traditional wets.  We had problems getting presentation as our boat was crabbing so badly, we were in effect drifting at 45 degrees to the wind.  We put a drogue out and set about adjusting the ropes to get it to drift straight.  Well, we tried and we tried and we just could not make a blind bit of difference to it!

I’m sure we could have done a bit better if we had been able to straighten-up our drift, but it was hard going.  We only managed a couple more each, with mine coming to a claret dabbler and a black/gold mini-lure.

Our catches were typical of the rest of the club, apart from Bob Whyte who had a great morning drifting the south shore with a midge-tip washing line set-up and a tequila booby and green holo Diawl Bach.  Bob landed 8, which was 4 better than anyone else. 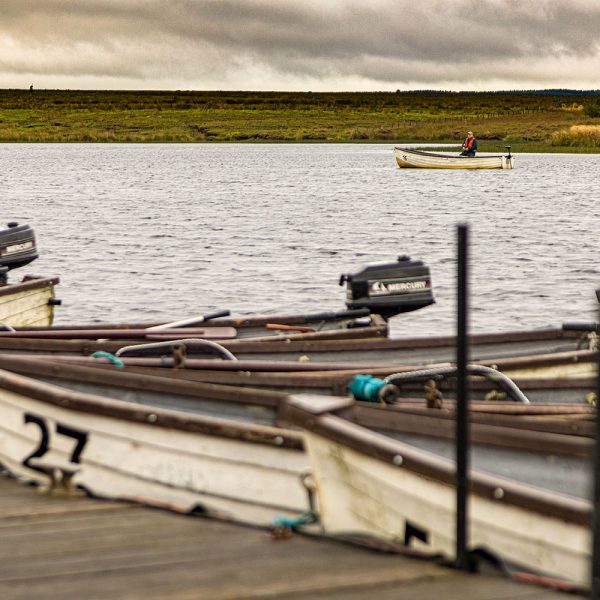 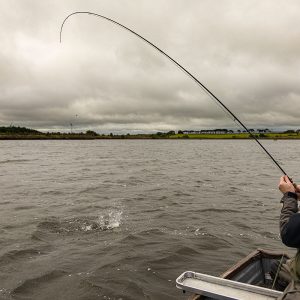 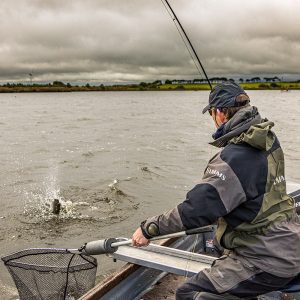 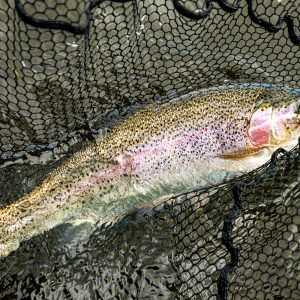 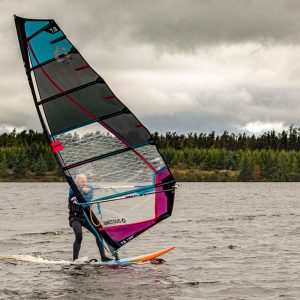 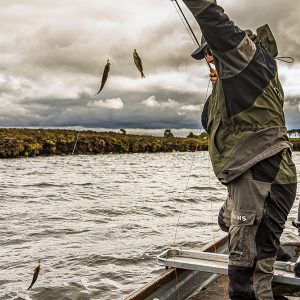 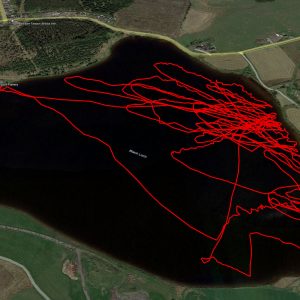