There are few things as certain as death and taxes, but one is that if our club is on Carron, it will be a day of bright sun and cold easterly breeze. Yesterday was a fine example. I fished with our esteemed Secretary, and we both still think of Carron as a wild brownie water, and like to fish it accordingly (showing our age). That usually means starting on dries or trads up at Carron Bay, and we set off with that goal. We headed out in good cloud cover, but it was burning-off fast by the time we arrived – and we never saw another puff of cloud the rest of the day. At Carron Bay, a fantastic hatch of buzzers was taking place – probably the best I’ve ever seen on Carron. We set up with dries and took a drift into the bay. Not a fish rose the whole way in. In fairness, it was bright and cold, but we would have expected to see a few feeding fish.

Reluctantly, we gave up on the dries. Ed went onto a pair of buzzers for a while, and he jabbed a lone fish with them. I went onto a DI-3 and trads with a black tad on the tail – surely the answer for the brownies if they weren’t on the buzzers! Nothing, nothing, nothing! I gave up on the browns. I went over to rainbow tactics, changing to a DI-5 Sweep, with a damsel on the tail and an (ahem!) orange blob on the bob. We drifted on beyond Carron Bay, down the shore of ’30 minute bay’. A rainbow came up after the blob and swirled at it. I hung it and watched it swirl another twice, watching for the blob to disappear (easy enough to spot!). It duly disappeared. I struck. Succcess! Briefly. The rainbow came unstuck shortly after. However, the next one stuck – this time to the damsel on the tail, taken on the hang. The next one stuck as well – both stockie rainbows. Getting somewhere now, or so it seemed… Ed, meanwhile, had also given up on gentlemanly fishing, had put on a sinker, and got out his ‘ugly box’, as he calls it. He put on something that they liked, because a fish grabbed it with such gusto it ripped his whole cast off. Back to the drawing board!

We drifted on towards the top dam, where it became obvious that there was action taking place – there were 8 boats drifting into the south west corner. We saw a few fish being caught, but we realised we’d missed the chance to get tuned-in, and besides, ‘combat fishing’ was not for us, so we made our apologies and left. We tried the Carron Bay to 30 minute bay water again, to no avail. We went exploring, trying the north shore, either side of Gull Island, then a long drift along the home shore, then a late look up at the dam, where risers can often be found late on. Not a blummin’ thing!

The catches reflected the day. If you found a spot somewhere with a few stockie rainbows, you could catch a few fish. Otherwise, it was meagre pickings. Twelve rods caught 4 brownies. I can scarce believe that for Carron. What has happened???

The best of the catches:

Dougie Skedd had 4 rainbows and a brown on Hi-D and tadpoles in Carron, 30-min and Burnhouse bays.
Davie Tyrie had 2 browns and 3 rainbows on Wetcel 4 and a gold-arse cat in Binns Bay.
Jimmy McBride, fishing with Davie, had 1 brown and 2 rainbows on fast glass and cat’s whisker.
Guest, Keith Logan caught 3 rainbows (no details).
Star of the day was Ian GA Macdonald, who caught 7 rainbows. The only info I have is that it was various flies on a midge tip that did the damage. 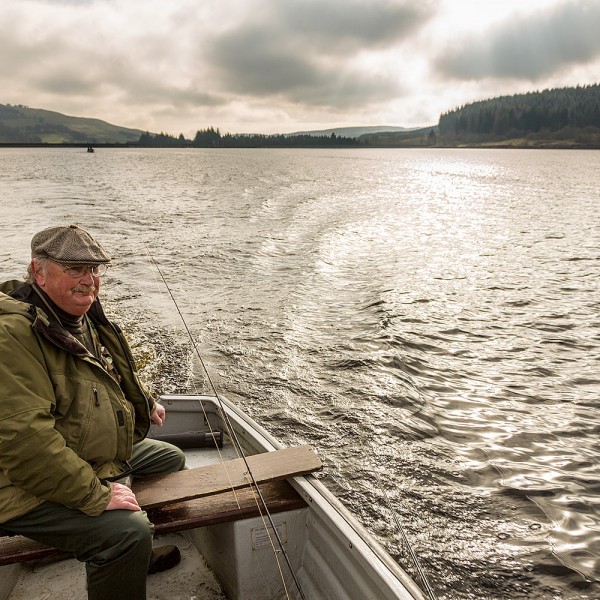 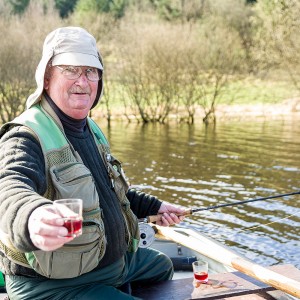 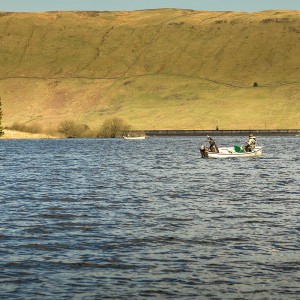 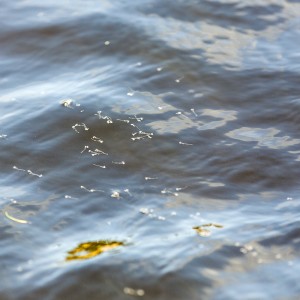 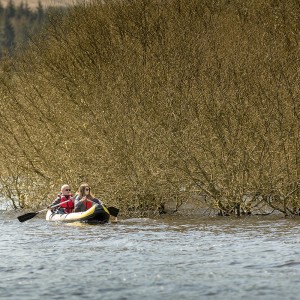 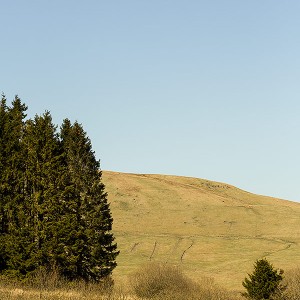 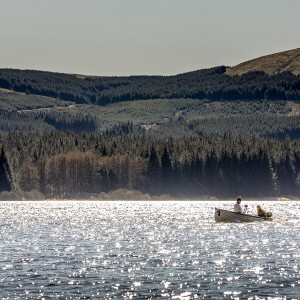 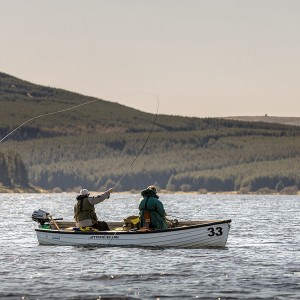 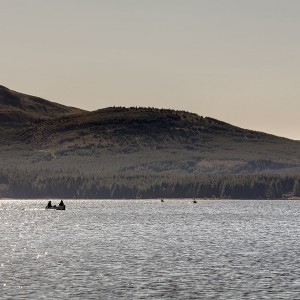