What has happened this year?  The weather has not been the best for the fishing. At Frandy, which is normally a grand place for top of the water fishing, we were presented everything that you could think of for a difficult day.  We arrived to be greeted by a bright blue sky, high water spilling over the dam, and a cold east wing that was ripping the tops from the waves… and the glass was dropping. On top of that, nothing was hatching from the surface, though later in the day a few sedge were spotted coming off.  However, the place looked very nice and we set out with the hope that we would get a few.

Sharing a boat with Garry Heseltine resulted in a pleasant day afloat; you will be pleased to know that the world has been put to rights again.  Both of us fished dries all along the north shore, me with yellow owls and Garry with daddies.  In the morning, both of us had offers and fish looking at our flies.  I have had a lot of that this year – fish looking but not taking.  I thought that they may be taking something just under the meniscus, and have tried with emerger and diawl bachs, but with no better results.  We stayed hopeful, but we only hooked one each, both of which were lost!  After the fish disappeared, we tried the south shore, but the wind was just too strong and even with the drogue out we were quickly blown onto the beach.  So, it was back to the north shore for us, and most of the others.

John miller had four fish: two on a foam daddy and another two on a small daddy.  John also fished the north shore.

Jimmy McBride and John Levy shared a boat. Jimmy had three fish on a hopper daddy. John had one on dries. Both got the fish local to the dam. Ken Hastings using a floater and a cruncher with a very slow retrieve had a fish at the dam. Trevor, who was Ken’s boat partner, stuck to buzzers and he had a fish with almost his last cast. David Tyrie used a floater and an Inkypinky, whatever that is?  Fishing local to the dam he landed two fish. However, David’s guest, Alan Martin, using a DI3 sweep line coupled to a Cat booby fished static netted five fish.

Our twelve anglers only managed to net nineteen fish, but I am sure the Lake on Sunday 30th must be better. 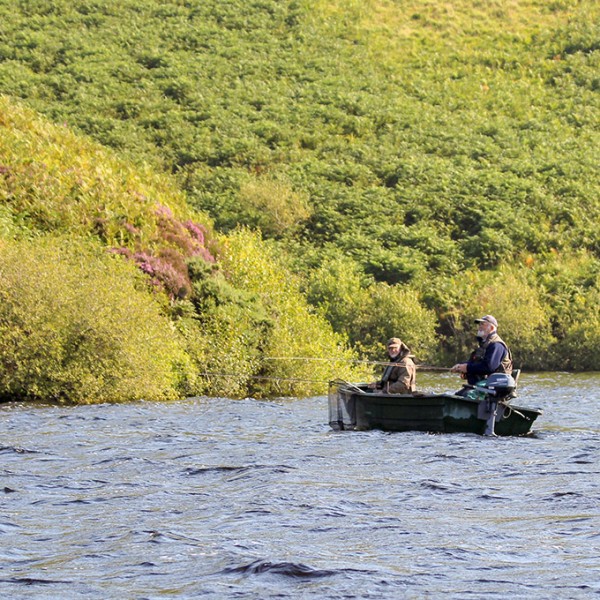 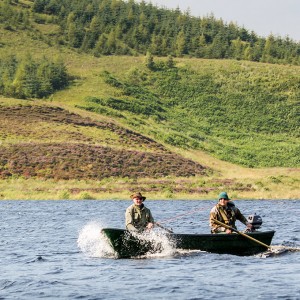