This was the club’s second outing to the Black Loch, and my first ever.  It was a big outing: 24 rods out.  The weather threw everything at us in the course of the day…  flat calms, wind off every point on the compass, including a fresh breeze.  Cool, then warm, then cold for July (12°C on the road home).  Light drizzle, then sunny, then heavy rain, then dry.  With all this going on, it’s perhaps not surprising that the fish were playing it a bit arsy with (most of) us.

Due to late call-offs and no-shows I ended up having a boat to myself.  At the start there was a nice light WSW breeze, giving a drift straight from the dock, along Forest Bend to School Bay, so I just pushed out, squared the boat up and picked up the rod (which I’d set up with a black half-hog and an Adams hopper).  The first thing I saw was a mafly dun.  Oh-no – I’d had my box of mayfly patterns with me last week at Menteith, and had taken them out, as I thought we were done with mayflies for the season!  However, it turns out that was the only one I saw all day.

The second thing I saw was a fish rise right in front of me.  I dropped the flies on it.  It had a swing at them.  I lifted and fresh-aired it.  I dropped them back on it.  It had another swing.  I fresh-aired it again.  A third cover, and this time it nailed the hopper.  I lifted into it, it thrashed about on the surface for about the next 10 seconds and then fell off.  Oh well, a promising start.  I drifted all the way down the shoreline without bothering another fish.  When I got to Schoolhouse Bay the breeze was lifting to get over the trees behind, leaving the bay largely flat clam.  Here, there were a few odd rises.  However, I could see a good number of Caenis spinners on the water, and guessed that was what they were on.  The couple of fish I covered both gave me swirly looks without commitment. If I had been able to stay, I might have changed flies, but there were several boats drifting in behind me, plus one anchored in the bay, so I had to move out.

A short drift onto the School shore produced nothing, so I took it all the way up to the top and into North Reedy Bay.  I started to see one or two risers in the calm water, close to the reeds.  I started to concentrate on these.  There were good numbers of sedges of several medium and quite lage sized species coming off, and with not much sign of other stuff, I had to assume the fish were rising to sedges.  I stayed with what I was on while I got a feel for it.  After a bit of tuning into them I started to get some action around the point between north and south Reedy Bay.  I landed one, lost one and missed two or three others (fantastically good at taking you right in the middle of doing something else!).  It was about that time that the proper rain came on – that particularly wet rain…  That rather scunnered dry fly fishing for a bit.  After the rain went off, I got another shot at them and picked up a nice resident on the half-hog.

Then the weather changed completely.  A fresh breeze got up from the SW and the temperature plummeted.  The risers stopped completely.  I put up the other rod with Diawl Bachs and had a twiddle, guessing they might be taking ascending sedge pupae down below.  A drift with that produced nothing, all the way back down to School Bay.  At a bit of a loss as to what else to try, I went back to dries and did what I should have done earlier – put on some proper sedgy stuff.  I put on a sedgy half-hog and a size 10 ginger CDC F-fly-come-hopper.  I went back for another look at the Reedy Bay area.  There wasn’t the fish rising that there was, but there was an odd one.  By now the wind was southerly, giving me a drift across the whole west end of the loch.  One long range cover and 3 ‘out-the-blues’ brought me 3 more landed plus one lost.

One thing I hadn’t done in advance was check the reports on the fishery’s website.  If I had, I would have seen mention that the yellow owl was doing well.  This is very much an ‘in pattern’.  I’ve never got round to tying some and trying them, but basically it is a CDC shuttlecock, tied in the style of the wet fly pattern, the yellow owl.  It could well be a good imitation of the sedge pupae, as I have often seen them with yellow and black striped bodies.  Who knows?  Anyway, there were 4 bags of note, and they were dominated by the yellow owl (or things very like it).

Bob Whyte and Davie Tyrie shared 10 to the boat, and (not 100% certain from the cards) nine of them were on yellow owls.  Derek Kilgour took 6 to a static quill shuttlecock (need to find out how different this is to a yellow owl). 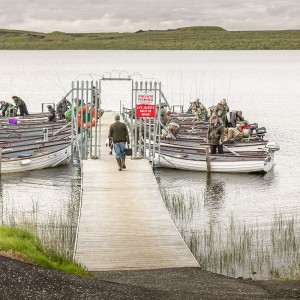 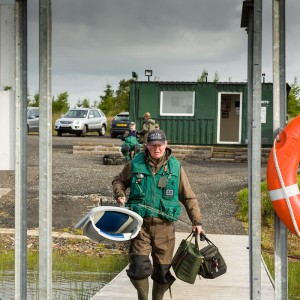 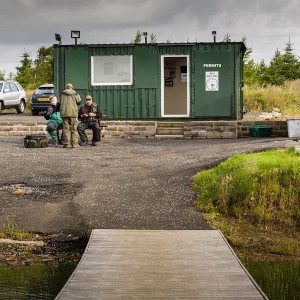 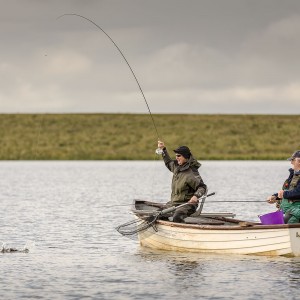 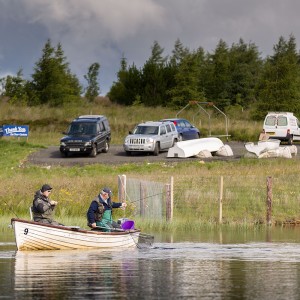 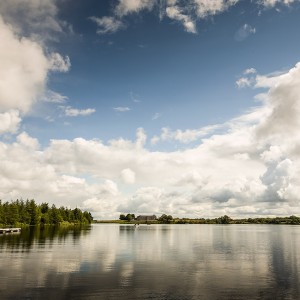 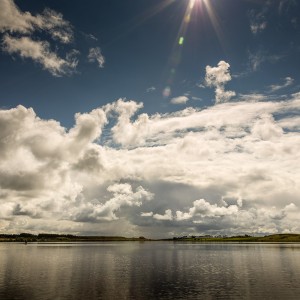 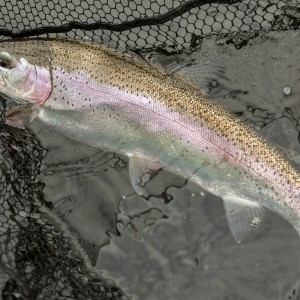 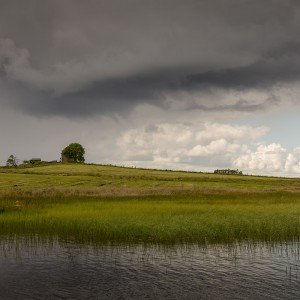 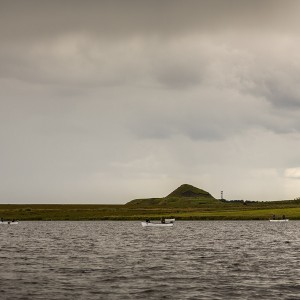 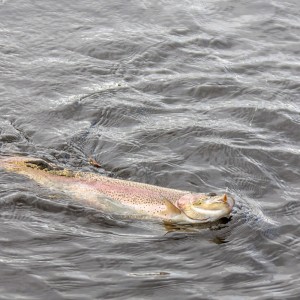 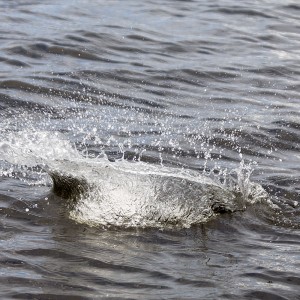 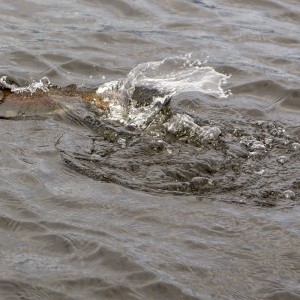 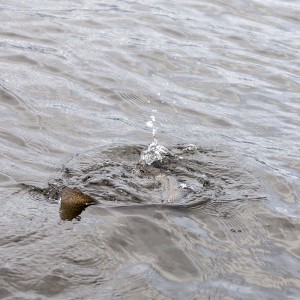 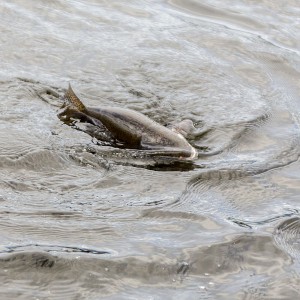 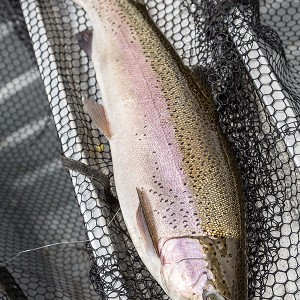 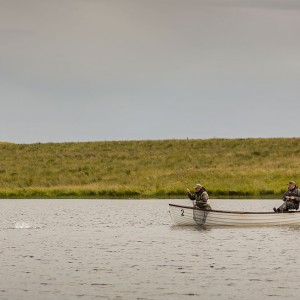