Most of the weather forecasts were predicting 40 mph winds for the day.  One of the ones that I looked at (BBC website) was the odd man out, suggesting nothing worse than about 17 mph.  Judging by the fact that barely half the boats were out on a mid-season Saturday, I suspect some clubs cancelled, based on the forecasts?  At least one of our members cried-off as well.  We drove through, unsure of whether we would be getting out.  It turned out the BBC website was spot-on, and it was nothing worse than a bit on the breezy side at times.  Obviously, the worst of the winds were in the east, where most of the day’s play at The Open was cancelled.  Sky-wise, it wasn’t bad – one heavy shower late morning, and some sunny spells, but otherwise, decent cloud cover.  Temperature was a tad on the cool side for mid July, but it warmed up when the sun came out.

I was fishing with Dougie Skedd, who had been out during the week and had decent mayfly action.  We decided to try for some more of that, and went looking in the sheltered spots.  We started at the end of the Arnmach peninsula, which always develops a nice calm strip in a south westerly (as it was).  Sure enough, there were some mayfly duns and some fish picking them off.  As often seems to be the case, there were two lines of fish – one tight in to the shore, under the trees, and another out on the edge between the calm and the wind coming through the gap.  It was quite tricky going, as the wind was trying to come round both ends of the peninsula, so by the time we were half way along, the boat simply stopped dead.  Dougie had 2 fish in the first 10 minutes, so we guessed we were on the right sort of stuff.  We managed to pick up 3 or 4 fish to our dry mayfly patterns, with one or two more dropped, before they went a bit quiet on us.  We went round to the butts and took a drift along the reeds at the back of the peninsula.  Again, there were just enough fish picking away quite tight to the reeds for us to pick up another couple, with more ‘long-distance catch and release’ occurring. Again, it went a bit quiet, and we took another look at the end of the peninsula.  That was worth another fish, but then went very quiet.

We had a look in the heronry, which was picking up just enough shelter to give a small quiet corner, tight in.  One or two fish seen, but too quickly out of them and into rough water.  A look at Stable Point showed us nothing, as did a look in the lee of Inchmahome.  We had another run at the reeds behind Arnmach, and got quite a bit of action.  Our attempts at repeating the drift were thwarted when a boat came and cut in right in front of us.  They looked sufficiently clueless to let us know we would be wasting our time trying to have a word in their ear.

We decided to go back to the Butts corner and try to take the boat the other way, down to Tod Hole and Bogle Knowe.  We were quickly out into the breeze though, so I decided to have a go with the dap.  I put up a dapping mayfly.  After just 2 minutes on the water, a large rainbow came for a look and showed itself at the back of the fly.  I managed to keep the fly tripping just in front of its nose, and it came forward and took it like a gentleman.  I gave it the ‘MacRitchie biff’, which didn’t please it at all, as it leapt half a dozen times, 6 fieet in the air!  Dougie landed it for me (not easy landing a 4 pounder in a big wave on a 16 foot rod on your own, without a very long-handled net!).

As we appraoched Tod Hole, we tucked the boat in behind the reeds and picked up some good shelter – Dougie picked up 2 more fish in there.  We finished up back behind the peninsula, where we got some late risers to have a throw at, though by now we probably should have been on different stuff for them – I fresh-aired 3 covers on the trot.  Dougie managed to stick to a couple on the mayflies though.

The day’s best bag came from Jimmy McBride, who landed 14 to assorted dries – foam daddies, sedge and shuttlecock at Lochend and tight to the Malling shore.  Derek Kilgour and Davie Tyrie had 10 to the boat, also on the foam daddy, and to a brown hopper, fished at the Malling shore, Dog Isle and Stable Point.  Allan Brown and Alan Duncan had just one fish fewer to damsel, FAB and Kate McLaren. The club’s 12 rods landed 59 fish – an excellent total for a day on which we thought we might not get out! 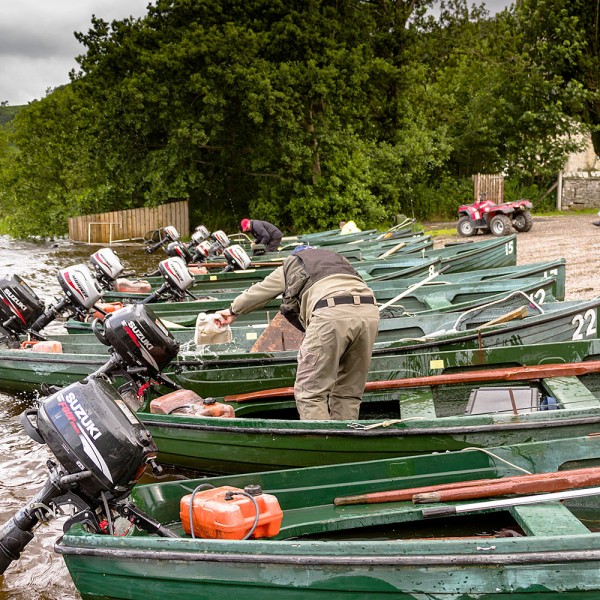 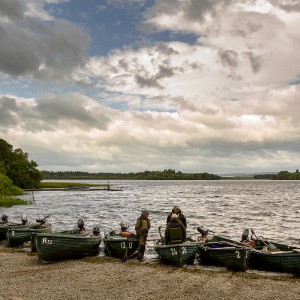 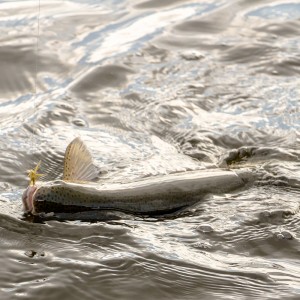 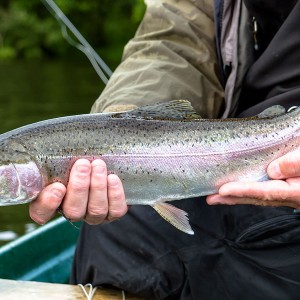 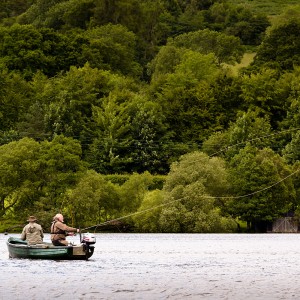 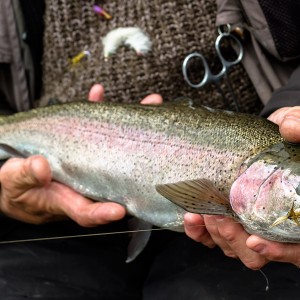 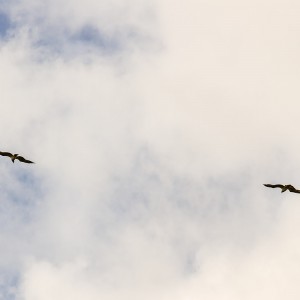 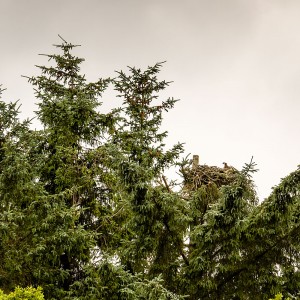