Ahead of this outing, we learned that Carron is changing its strategy and is going over to a private syndicate.  It is also ceasing stocking – and no stock has gone in this year.  So, the last bookings made under the old arrangements were being honoured, including our outing.

Other changes since our last visit in 2019 included the installation of ‘boils’ in front to the dam to destratify the water.  Apparently it is having a good effect on the water quality.  The boats have changed to propane power, and the fleet is reduced in number.

Allan Everington and I set out with an open mind and decided just to drift the length of the water and see what we got.  I set up with dries and Allan went with a sinker and traditional wets.  It was good conditions wrt the wind strength and the ceiling – just a pity we were still stuck with the wind out the east and temperatures struggling to reach double figures.  I still had the 6 layers on I had had since the first outing of the year!

We started on the south shore, close to the dam and worked our way along.  With no risers to throw the dries at and nothing coming OTB, I changed to a team of 3 dry hogs and gave them a figure-of-eight.  That did nothing either, so I set up a 2nd rod with a DI-2 and a team of trads.  That produced the first fish of the day – a rather thin brownie, to a silver Invicta.  We came up behind Keith in Burnhouse Bay.  He shouted he was getting fish coming to dries.  I switched to the other rod with the hogs on and gave them a go, static.  Sure enough, I hooked a fish almost immediately, though it didn’t stick.  A few boats had been through Burnhouse by now and it seemed like the fish had put their tin helmets on.

We moved on, taking a long drift into Binns bay.  Some initial action petered out, the further in we went, and we moved on again, round to Carron Bay.  Allan had put up a 2nd rod with dries, and we did our first drift up the centre of the bay towards the burn mouth.  Bingo!  Finally, we found ourselves among a good number of fish on the go.  I was mixing up the presentation with the hogs: static and figure-of-eighted along the surface.  Both methods were working.  The fish were tending to pick out the chocolate brown one in the middle and the black/red/black/red one on the bob (12s).  We were getting a few chances at covers, but the oncey rises were not much up for taking us, and nearly all our fish were coming out the blue.  The fish were the typical Carron brownies of days gone by – fat wild fish in the half to three-quarter pound size.  We realised we should have come to Carron Bay at the start of the day, not when half the session was gone.  Doh!  We stayed there the rest of the day and had steady sport right through.

I kept one for the table and, on gutting it, found it to be stuffed full of small snails.  There were lots of small bits of weed in with them, suggesting it had been picking the snails off the weed, rather than them being floating snails.

I set up unusually with 2 rods for the outing, a 5wt and floater with a team of hogs and hoppers, and a 7wt Di-3 with some traditionals and mini-lures. The new gas engines were a delight. I started drifting into Burnhouse bay with the 5-wt in open water.  Conditions were pretty good, if on the cold side. There was an odd fish moving, with plenty buzzer shucks around.  I had a few fast and furious takes but it took a while to net the first fish that made the measure.  However, sport was great; the smaller fish, of which there were loads, were close-in to the margins.  The DI-3 worked better in the deeper water, where I picked up a few nice fish in the 1/2-3/4lb range to a combination of cats, dabblers (black/chartreuse being the stand out), Bibio and Kate. It was a similar story in Bins and Carron Bays.  There was a brief period of adult buzzers hatching that brought up a few fish.  I tried switching to dries, with owls and hoppers, but this only succeeded in attracting the attention of the plentiful undersize trout – but again it was good fun.  I switched back to Di-3, to good effect, and was delighted to land a couple of rainbows and a few more good browns, coming into the bays.  I then moved across to the road shore and the far side of gull island, where I landed another rainbow and a few more good browns, sticking with the Di-3. I’m not sure why, but as a club we have struggled for the past few seasons at Carron.  Maybe it was just the conditions on the day, or the fishing gods were just on our side, but somehow it felt a bit different. 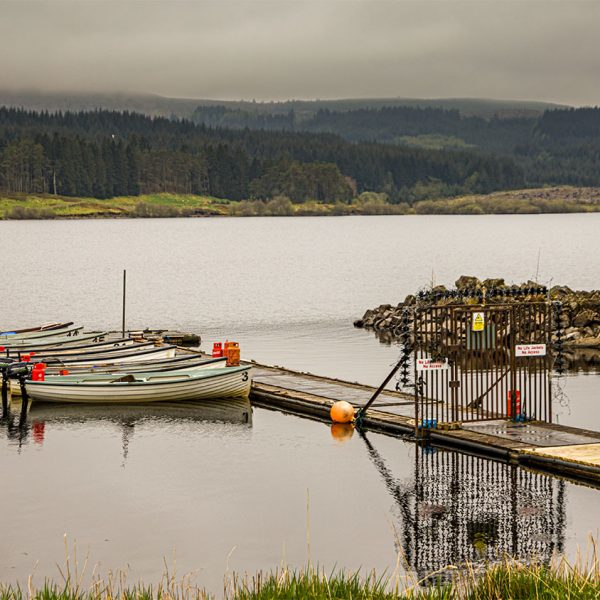 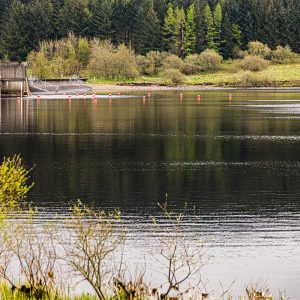 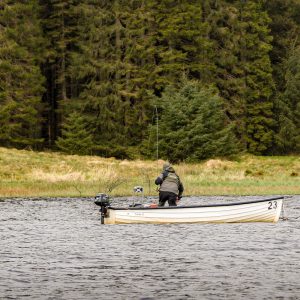 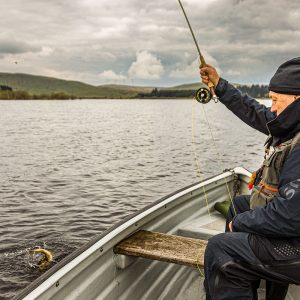 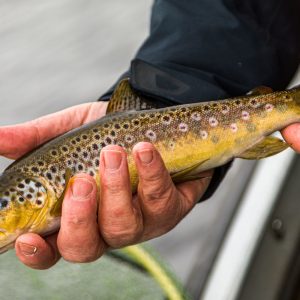 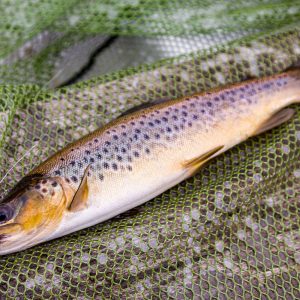 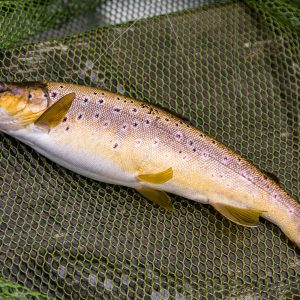 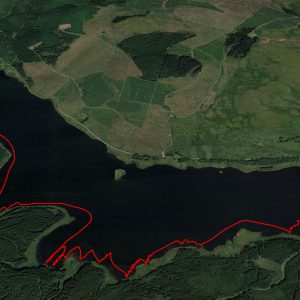