The weather has been 4 seasons in one day, for the past week or so… and we had a bit more of it on this outing.  Sunshine and showers, with the breeze gradually picking up as the day progressed, getting to some gusty squalls in the afternoon.  At least it was a lot warmer than it has been for several weeks.

The fishing was good, with fish to be caught all over the water, though there was a concentration of them in the burnmouth corner that took a bit of a bashing from the boats in the morning.  the fish were lumps, with a lot of them in the 3 lb to 5 lb class.  A lot were in excellent condition as well.  Stewart Barnes and I stuck mostly to intermediate lines. Stewart caught on a black booby, a Nemo nymph and a black\yellow booby, using a fairly slow retrieve.  I had fish to a small cat, a black tadpole, an ancient black/green concrete bowl, a cutthroat cat and a damsel.

Partnered with our new member, Mel Mitchell, we headed immediately to the top of the reservoir, where Bill Taylor had suggested that we might find a good head of fish.  Sure enough, we had 13 of our fish in this area, with Mel fishing a 6’ midge tip and me on a DI-3. Both sides of the reservoir were productive, thank goodness, as the other boat that Keith saw was hugging the bay to the left along the road shore, making it difficult for us to get in there on a regular basis.  I was broken on my first cast by a fish I never saw, then I lost a large fish after a powerful run past the boat that resulted in it coming off!  Mel’s first fish was a beauty of about 6 lb, and then strangely I had 2 fish that were a bit bent in the middle, but which put up a good enough fight!  Most of the fish were caught on a gold-headed blue holographic damsel and a green tungsten damsel with a couple on Kate McLaren and red holo Diawl Bach.  As the wind got up, we left to try and find some shelter at the other end of the reservoir leaving Colin and Stewart at the top end.  We then managed another 3 from the island down the wall towards the road shore, the best being about 6 lb, but by this time the wind was driving us mad and we decided to call it a day.  Total 16 fish.

Jimmy and I headed up to the top of the reservoir, thinking we could get a decent drift right along the road shore, given the prevailing wind. By the time we arrived, we saw Bob and Mel and another boat already settled in to a drift. We started right at the point of the bay, Jimmy decided to start with a DI-6 and hot-headed damsel, which seemed a good idea, since reports suggested fish were holding deep. I opted for a slow intermediate, with a black booby, cruncher and blob. I hooked the first fish quite quickly, to the cruncher.  This gave us a bit of confidence. The wind was a bit squally, so keeping the boat on a consistent drift was a bit challenging.  After quite some time, Jimmy landed the next fish and it was an absolute beauty, fully finned with a huge tail.  We estimated it at around 8lbs, returned safely and ready to fight another day.  We were finding fish few and far between, with little surface activity, which was the case throughout the day. There were a lot of boats in the usual corner at the burn mouth and there were plenty rods bending.  We continued our drift and slowly picked up the odd fish, particularly close in.  We thought better of it, and pushed right back up to the bay at the top of the water.  We had some success as conditions improved, just keeping in touch with the flies.  We then bounced about a bit, as the wind picked up.  This definitely pushed the fish deeper and we struggled for periods.  However, we did find fish consistently drifting in open water towards the road shore, particularly later in the afternoon.  The quality of the fish over the day was excellent, and we ended with 22 fish between us. Outstanding patterns for us were the more subdued, natural flies.

We were hearing a cuckoo all day – a regular occurrence at Glencorse in the spring.  My mate Ron was walking up there today, and captured the miscreant… 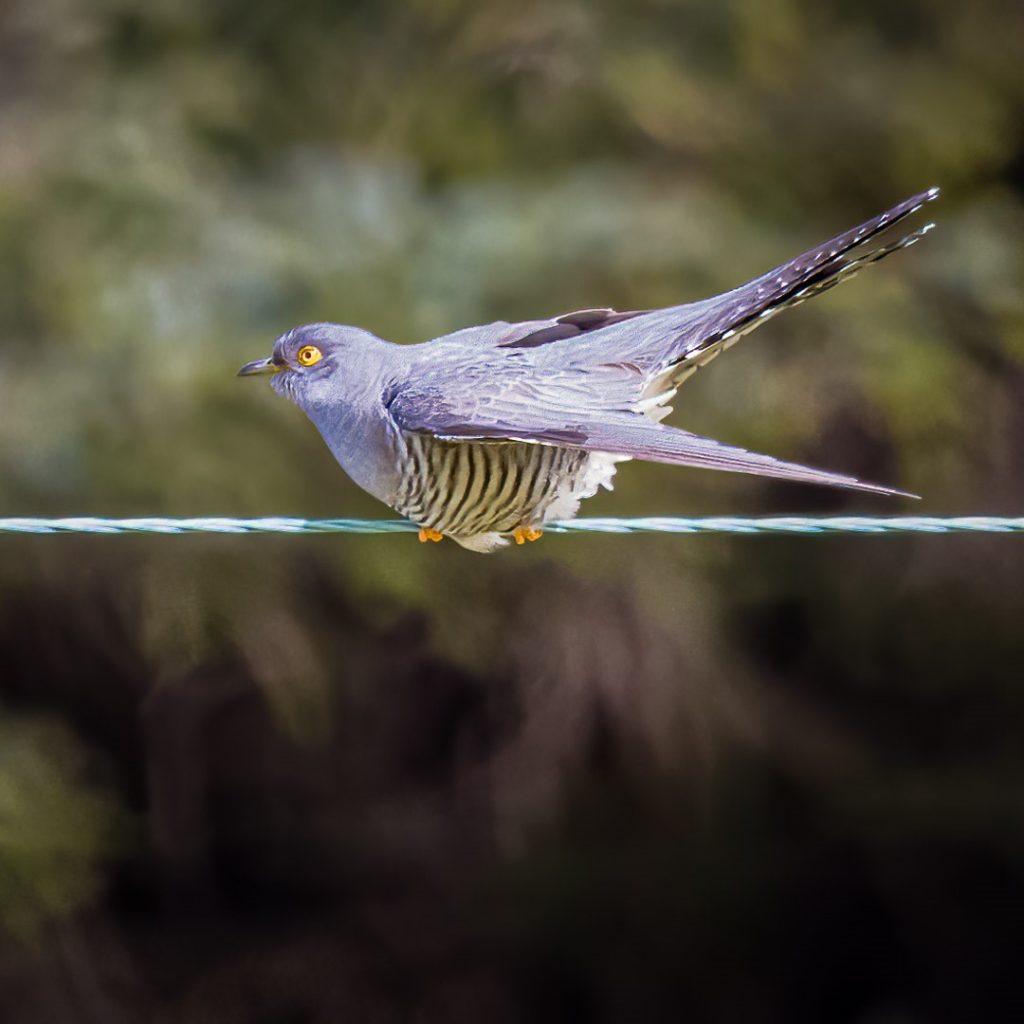 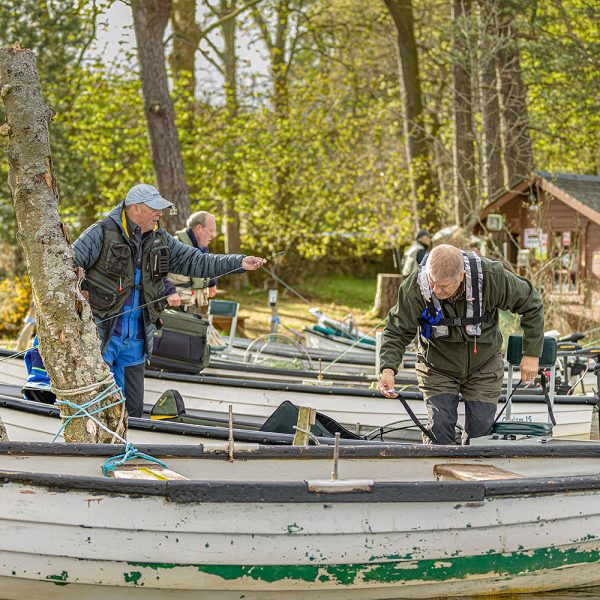 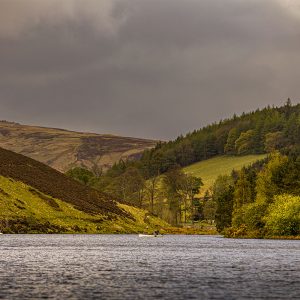 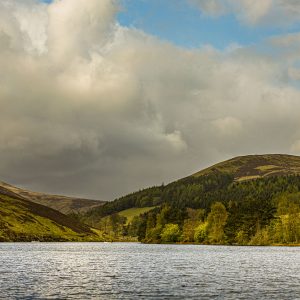 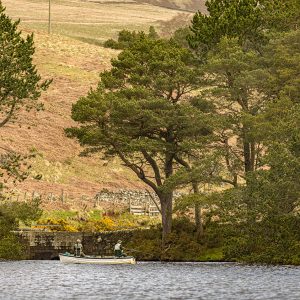 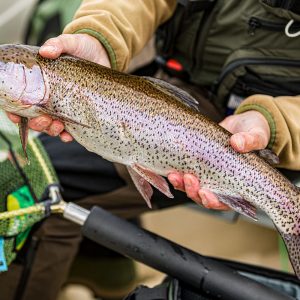 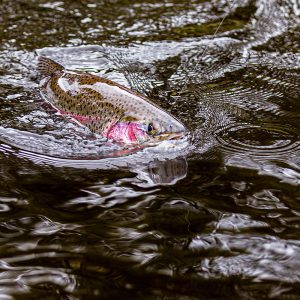 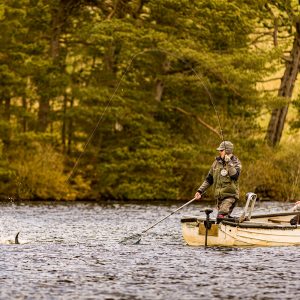 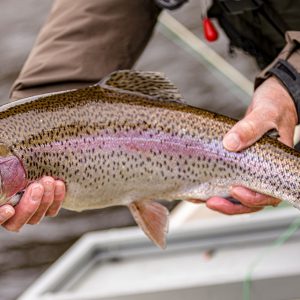 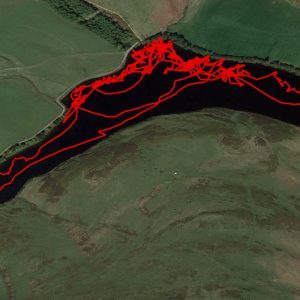