For those of us who enjoy a good day’s fishing in a rolling wave, we were unlikely to be disappointed on this particular outing. There was a decent wind blowing straight down the Lake, as Douglas mentioned ‘maybe a better day for flying a kite’. It had been another busy competition week in the lead-up to the first Scottish Clubs’ semi-final. Some impressive catch returns were recorded, and thankfully the fish seem to have spread-out, following the recent poor run of weather that encouraged most fish to head into the deeper water of Gateside Bay.

We had 5 boats for our session, and I was paired for the first time with John Miller. Jimmy McBride/Stephen Kilpatrick, Matt Wolstenholme/Peter Fionda, Colin Riach/Alan Brown, and Dougie Skedd/Bob Whyte made up the other pairings.

John and I had ample opportunity to test the water temperature while crashing through the rollers, finally reaching the relative calm of Gateside. We set up our first drift towards the burnmouth area. John had set-up with a midge-tip and biscuit blob and nymph combination. I loaded-up with one of those Airflo sink-tip lines, could not remember whether it was the slow sink or fast sink version but thought it would be interesting to give it a bash. Armed with a less than effective drogue and even in relative shelter we were still drifting at speed. However, we quickly managed to find a few fish close in to the shore and right across to the point of the rookery.

Most of the Youth National final fleet arrived following a 10:00 start and decided to focus their attention in close proximity. Soon they were doing the business, with rods bending all over the place. We thought better of it and retreated to find fresh water. We passed by Jimmy and Stephen who were fishing out from the ropes before they too decided to withdraw and they headed across towards the Heronry.

We had one drift out in the open water along the rookery, but it was uncomfortable and difficult fishing and with little interest. We then pushed back up towards the Malling Shore, passing by Colin/Alan who had been catching a few on various wets/nymphs/lures on intermediates. It was clear a variety of tactics were being employed, Peter even mentioned pulling a few to a Di-7 with boobies and cormorants at one point, drifting along past Dog Isle.

We spied Dougie and Bob in calmer water between the islands fishing dries and they had some good sport picking off the occasional risers.

Later on, we had the notion of trying Hotel Bay, but on our journey back thought we would have one last drift towards the rookery and maybe try to work our way right along the north shore. It felt like the wind was subsiding a bit but there was still nothing showing. We finally found some cooperative fish and had a manic but enjoyable last couple of hours drifting down over the sandbank towards the buoys out from Reedy Bay. This resulted in several double hook-ups and general mayhem, resulting in the inevitable need to tie a few fresh casts – some of those Lake trout are definitely on steroids.

The club ended with an impressive total of 78 fish amongst our ten rods, Jimmy and Stephen (who is convinced Jimmy just knows stuff) were our best boat, ending with 26, with most to modified buzzer and flashback Diawl Bachs on slow glass. 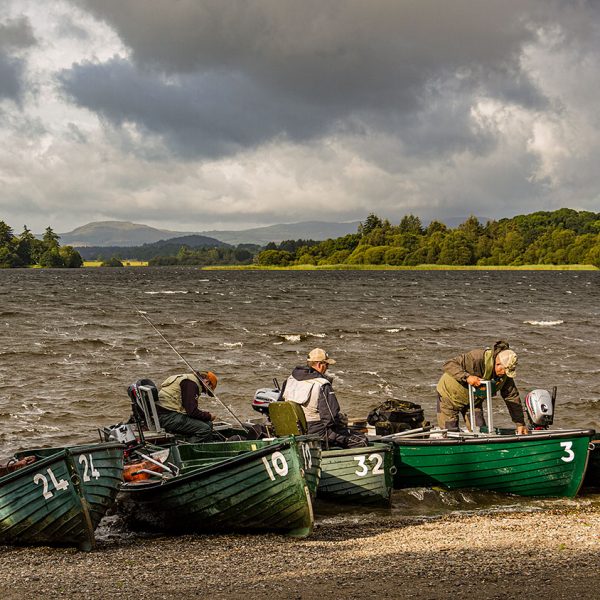 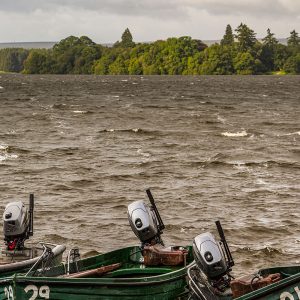 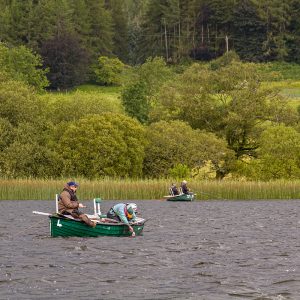 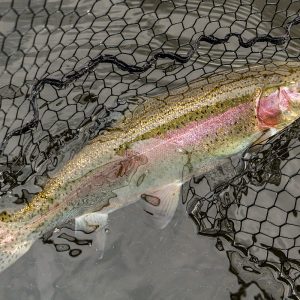 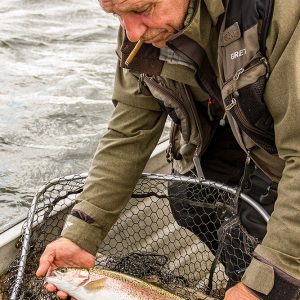 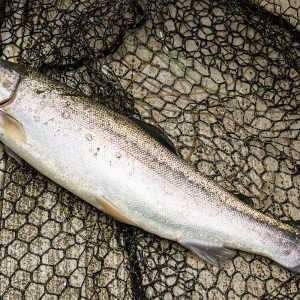 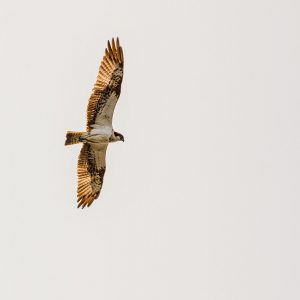 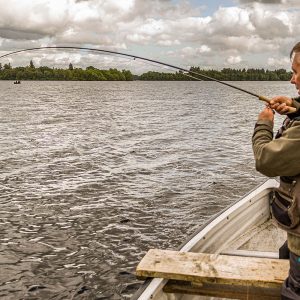 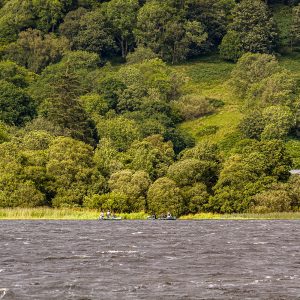