A day of nice light winds, giving us hope of some late season dry fly action, if the fish and fly life were up for it.  We had good cloud cover as well, although that turned to rain as the day went on.  It was also a lot cooler than the wee Indian summer spell we had enjoyed during the week.

Dougie Skedd and I started at the dam, as we saw a few rises just as we were going out.  Those disappeared almost as soon as we got settled.. We meandered about, making our way up the water, looking for surface activity.  We ended up in the dog-leg of the road shore, and by this time I decided to put the other rod up.  I went with a fast glass, a trad, a nymph and a weighted damsel on the tail.  That quickly brought 2 fish to the boat.  However, Dougie stuck with dries and picked up one to a black and orange hog.  We were also starting to see a rise or two, so I went back to the dries.  Dougie continued to catch to the hog, and I picked up a couple to a size 10 black hopper.  The fish were very good quality, and many were in the 3 to 4 pounds class.  Dougie also had a lump of 7 or 8 lb.

We were finding decent numbers of fish willing to rise in good conditions, basically out in the middle, half way up the road shore.  However, any time a breeze got up, it was putting the fish down.  Then the rain arrived, and it put the fish down as well.  I tried the other rod, switching to a washing line set-up with a damsel booby on the tail.  I had a few bumps and nips, and hooked and lost a fish to it, but that was all.  Dougie continued to plug away with dries, and was still picking up the occasional fish to them.  A switch of preference took place and now they were all taking his claret Klinkhamer.  I went back on dries and switched my dropper fly for a claret Klink.  Good shout, Dougie – it worked for me too!  We finished with 15 fish for the boat, and there must have been the best part of 50 lb in them!

Bob Whyte and Peter Fionda had 3-apiece.  Bob had 2 to an emerger pattern and one on a wiggly worm.  Peter’s fish came to a booby on a DI-3 and included one that a jury decided from extensive photographic evidence was at least 11 lb.  Ramsey Zenati had 6 rainbows and a brownie – splitting his time between fishing dries and a DI-5 & booby combination.  Euan Cluness and Alan Frances had 5 to their boat. 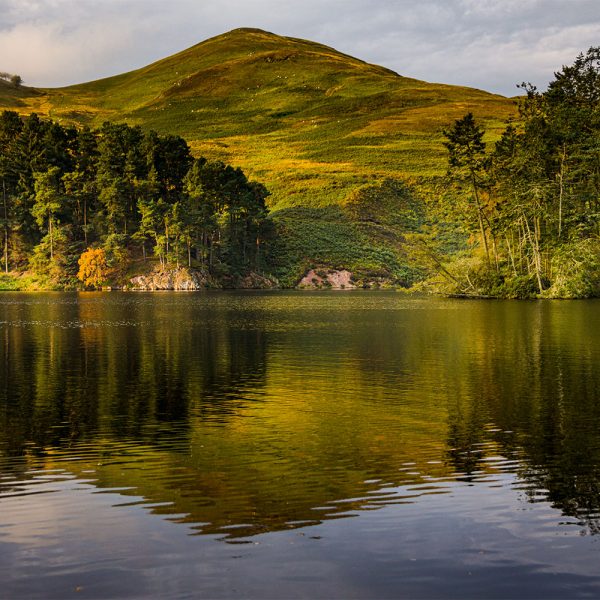 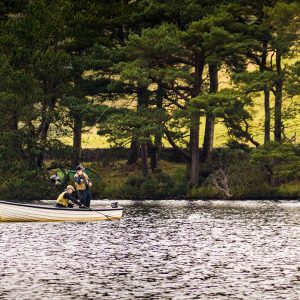 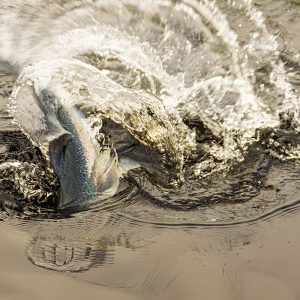 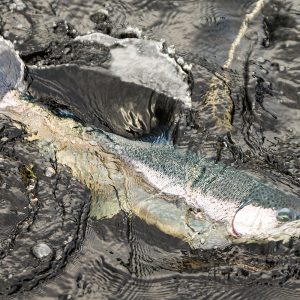 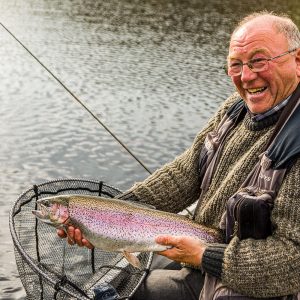 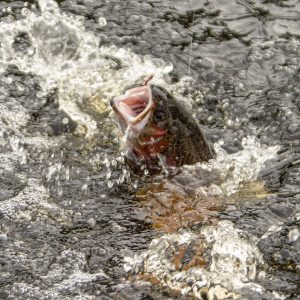 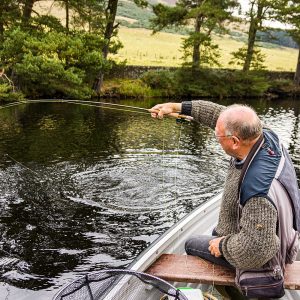 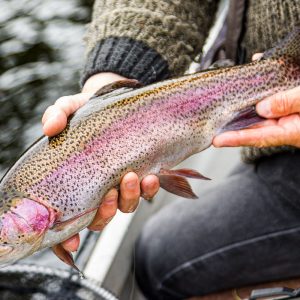 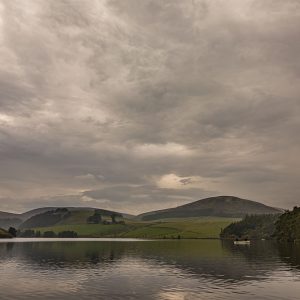 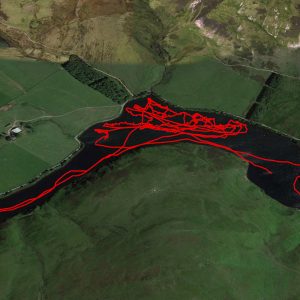 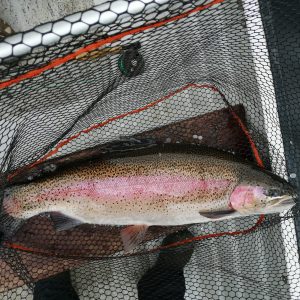