This was the Sunday session: mid-day till 7:00 p.m., and the second of a double-header of 2 outings to the Lake in 8 days.  The one last Saturday saw a welcome end to the hot weather period with the fish coming out the deeps to play again.  The first semi-final of the Scottish Clubs’ comp had seen some cricket scores run up:  600 fish for 60 rods!  What we got a week later was a return to tropical heat and the only cricket score was the one being run up by Ben Stokes at Headingley!  I put the thermometer in the water, several feet down, and it came up showing 18.5°C.  I put the thermometer in the shade, inside the boat, and it showed 29°C.  I took it out and laid it on top of my bag in the sun.  It showed 38°C.  Scorchio!

I was fishing with Allan Everington.  Allan started out on floating line and a couple of weighted hare’s ear nymphs.  I started on a 6 ft tip and washing line set-up.  We started at reedy bay and worked round by Sam’s Point.  Allan had a heavy take that broke him, but that was our lot.  We worked on down the water on a light easterly, trying a drift at the crannog off Stable Point, where there had been fish the week before.  We then went down the inside of Dog Isle.  I switched to a slow glass and put some weight on the tail.  When that did nothing, I took the weight off and put a booby on and started giving the flies a bit more movement.  That produced our first fish of the day – to a size 12 WOIGO Kate muddler.

Lots more nothing followed, but we were now seeing a few fish rise.  We both put up the second rod with dries.  A drift down the deep water side of Dog Isle produced nothing, and we stopped seeing rises.  We could see the other boats were moving around a lot by now and we were not seeing many bent rods.  We went for a look in the shallows of Sandy Bay.  It was very calm in the bay, which was catching shelter from the light breeze – now turning south-east.  We had the place to ourselves… which was nice!  At first it looked like nothing was happening, but as we sat and watched, we started to see a sippy rise, here and there.  There was a iot of fry about, and some of it was being chased, so we had to try and sort out the genuine rises from fry and fry-bothering activity.  We put the dries out and were met with quick success, with us having an almost instant two’s-up!  All the action from those two fish put the warning out and it went a lot quieter.  We moved further into the bay and Allan picked up a second fish to his size 10 black hopper.  Again, the disturbance in the clear shallow water seemed to spook everything in the vicinity.  We moved further back, towards Arnmach point.  This time it was my turn to pick up a fish, to a size 12 black hopper.

In addition to the few fish we were catching, we were both missing fish.  But in rather different ways.  I suspect this was down to the difference in our flies.  I was on a pair of slim 12s, while Allan had a chunky 10 on the tail.  The fish were often showing at Allan’s fly as if they were trying to drown it.  On seeing the movement, Allan was tempting them to come on to it by giving it a bit of movement.  This was working occasionally, but he was missing more than he was hooking.  I was doing no better with my slim 12s.  I was getting some nice-looking leisurely rises and seeing the fish go down with the fly.  I was expecting to lift into the fish, but was lifting into nothing more solid than fresh air!

By this point in the day, we were both melting.  We could see there was a nice fresh breeze out in the main basin, so we went for a cruise, just to get into the breeze and cool us down.  We did a few stops for a try with the dries… International Bay, Road Shore, Kate’s Brae, The Quarry, Lochend, Tod Hole, The Butts.  On almost every occasion, we would stop, see a rise or two, get an offer or two, and then sit patiently waiting, with absolutely nothing else happening.  Our grand tour put only one further fish in the boat, taken by Allan on the Road Shore.  With the sun a bit lower in the sky by now, we went back to Sandy Bay for the final spell.  We came round the point of Arnmach to find half a dozen boats had moved in!  Not to worry – they were a bit further out from the calm, tight in, that we were looking for.  If we just tucked-in at the back of them, we could follow them down and then edge left on the leccy motor to get where we wanted to go.  I set us up just off the point – but suddenly, out here, there was a fish showed, and another… We put our dries out and almost instantly I was into a fish.  If only it had wanted to go left… but no – it insisted on going right… the same way the wind was wanting to push the boat – and we would lose our chance to get into the bay.  I put the leccy motor on at speeds 1/2 in reverse to try and get us back up the wind.  This just made the fish even more determined it was going in the other direction!  The tug of war continued until my left arm was sore!  Finally, we got the fish netted, and got the boat into place.. to find… there was nothing doing in the calm of the bay.  The fish were back in the open water at the point!  We looked round to see if we could get back to the spot, only to find Keith Logan and Dougie Skedd right on the mark… and sure-enough, they both picked up a fish as they went over it.

We fished on until the water out from the point was free again and we went back out to it.  Not much time left on the clock, but enough for Allan to pick up one more… and we both missed late chances to add to the total.  We finished with 4 apiece, and thought it had been hard going, but we had no idea how hard giong it had been until we found out that our 8 fish was the best boat!  Next best was 7, taken by Trevor and Gary.  Gary was on yellow owls and Trevor was on a midge-tip, in the Sandy Bay area. Two boats had 5:  Keith Logan on washing-line and Dougie Skedd on dries were in one, while Fraser Gault and Dougie Goddard were in the other.  Dougie and Fraser fished the deep water south of Dog Isle, with Dougie catching on a Klinkhamer and Fraser split between a yellow blob on DI-3 and a dry hog.  Best of the rest was Peter Fionda, who had 3, split about as wide as it’s possible – booby and cormorants on both a floater and a DI-7. 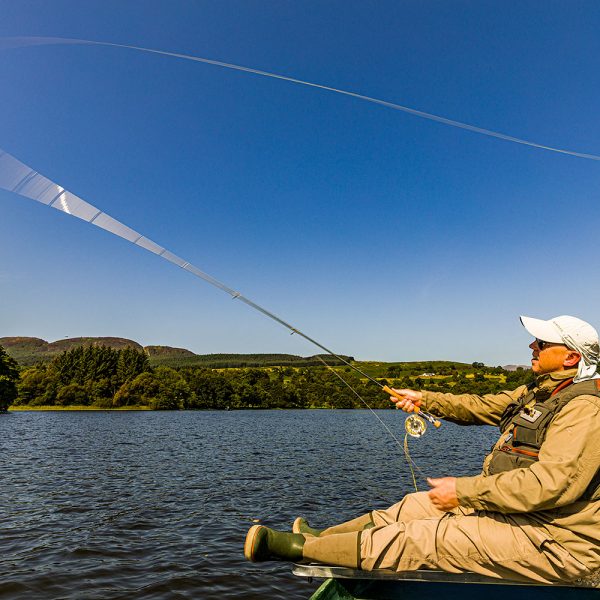 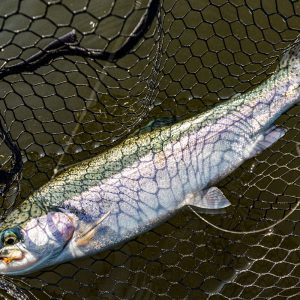 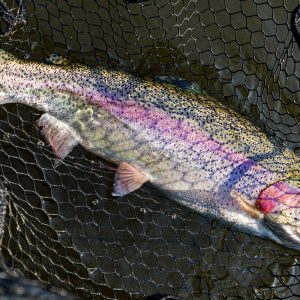 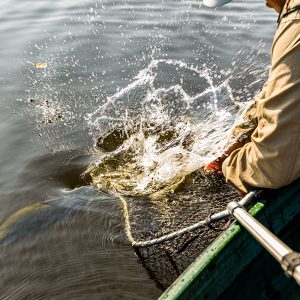 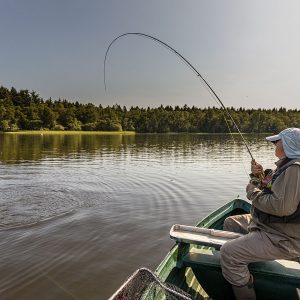 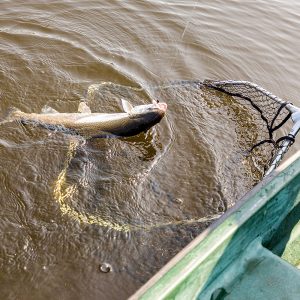 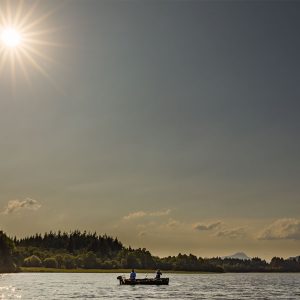 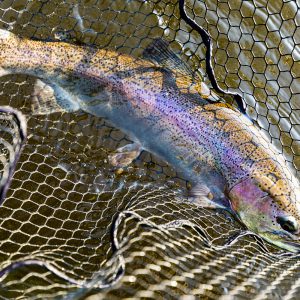 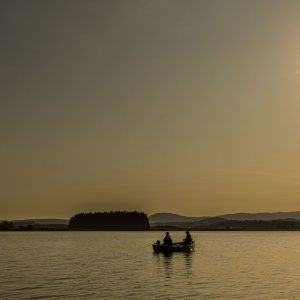 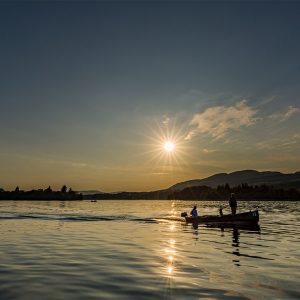 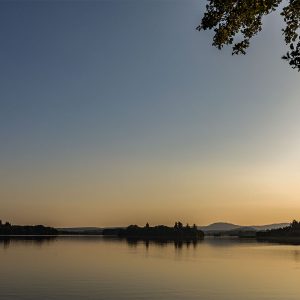 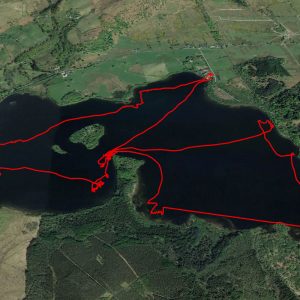