Our first outing of the season – and possibly our last.  Who knows what lies ahead in the coming months?

In the lead-up, we had put all possible precautions in place… Gareth kept the hut locked and disinfected the boats after use the previous day.  We practiced our best social distancing.  We pre-paid by bank transfer.  We didn’t use score cards.

There was a surreal, unnerving air to the day.  I caught fish, but I honestly can’t say I enjoyed myself.

The day was typical of what we get when we go to Coldingham – bright sky and cold east wind.  The temp was 1C on the way down, and 7C when we came off.  I doubt it got above that during the day.  However, it started a lot better – calm, and with a few buzzers hatching and a few fish rising oncey.

Dougie Goddard and I both started on washing lines.  I went with a 5 ft tip, 2 epoxy buzzers and a small FAB on the tail to hold it up.  It didn’t take long to get a response with this rig.  In the first hour or so, I landed 3, all on the buzzers, and missed another couple of fish.  Dougie also hooked a good one, which unfortunately broke him on a lunge.

Then they just seemed to go off what we were showing them.  From doing well to nothing.  If anything, conditions were even better – it was still calmish, and we had some cloud cover.  There were more fish rising now, as well.  Time to put up the other rod with some dries.  I went with a buzzer-fashioned DHE and a suspender buzzer.  Dougie went with 2 dries, either side of a ‘hedged-bet’ buzzer.

A few attempted covers with my set-up resulted in nothing better than a few swirly,-half-hearted refusals.  However, Dougie’s set-up resulted in a good fish to the hedged-bet buzzer.  I overheard Bob telling another boat he had just changed to dries and had one on a claret Shipman.  I tried a switch to a small Adams hopper and a claret Shipman.  Again, I got what seems my curse on Coldingham of getting fish to come up to my dries and then make a false take at the last second.  I do wish I could sort that out!

Next thing that happened was the wind got up from the east – stiff and cold.  That put the tin lid on the risers.  I went back to the other rod and ploughed away with it.  Dougie stuck with his hedged bet rig, which was still getting some interest.

After a long spell of nothingness, I tried a team of neutral density suspender buzzers.  That was worth one fish, but nothing more.  Dougie added a second fish to his hedged-bet buzzer.

By now, the wind was really picking up, and we were forced to try and anchor the boat to carry on with our techniques, but we had real problems getting a dig-in of the mud with the sash-weight.  We had to try and tuck into the shelter of the high bank… and hope not to ingress on the bank anglers!

It seemed to get slower and slower for us, as the day went on.  I tried a couple of further rigs.  The first was 3 unweighted nymphs, fished dead slow on the 5 ft tip.  That was worth one fish and another missed chance.  The second replaced the tail nymph with a fluttery small black tadpole.  That caught a fish first cast… followed by loads of no response.  Dougie added a 3rd fish to his hedged-bet buzzer.  And that was about it for our boat.

Among the rest, Bob Whyte had 3 of his 4 fish on dries during the good conditions in the morning, while Steve Kilpatrick fished a washing line and had 3 fish to Diawl Bachs (2 on dark green heavy foiled body, red headed; 1 on dark red heavy foiled body, green headed) and one to a red-ribbed buzzer with gold orange head.

By a margin, best catch of the day went to Trevor, who landed 12, to a washing line set-up of, booby plus two Diawl Bachs, first on a midge-tip, and later on a full floater.

That’s it for the time-being.  Hopefully be able to report on some club action before the end of this year.

Meanwhile, stay safe everyone, and comply with the advice of HM Govt. 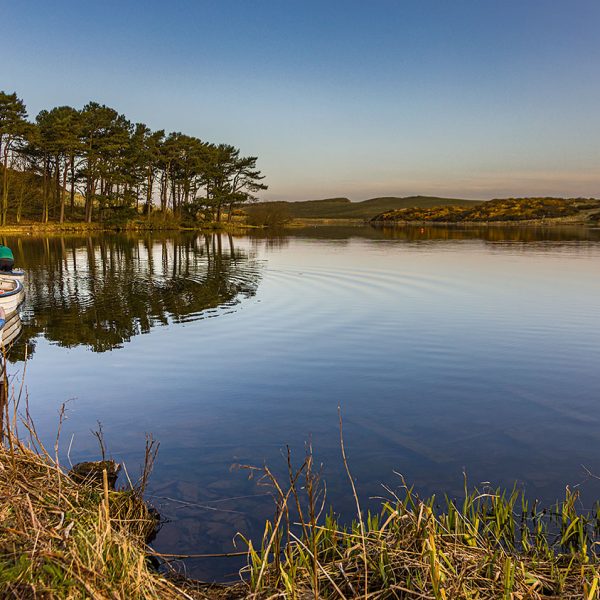 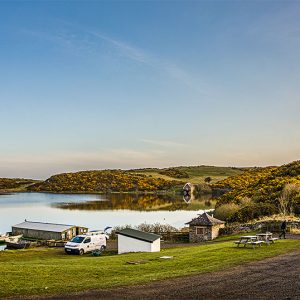 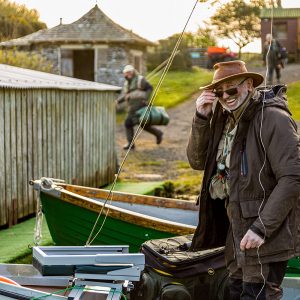 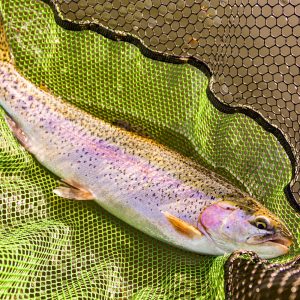 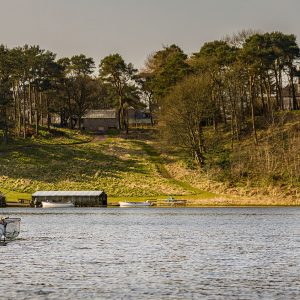 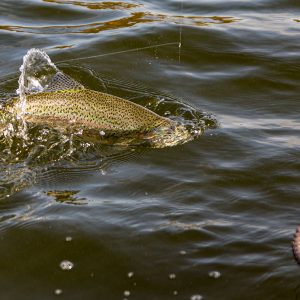 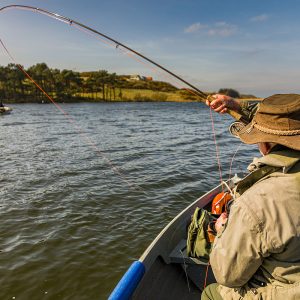 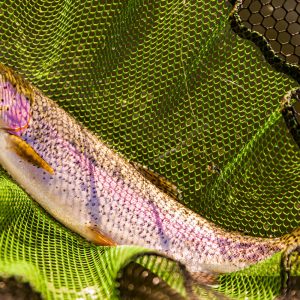 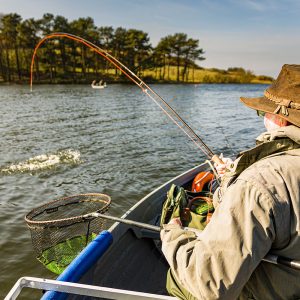 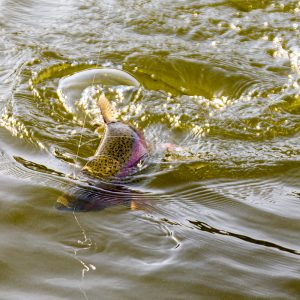 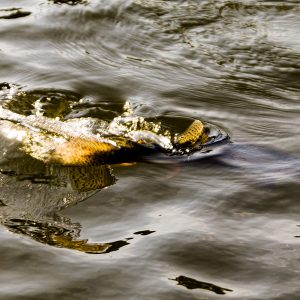 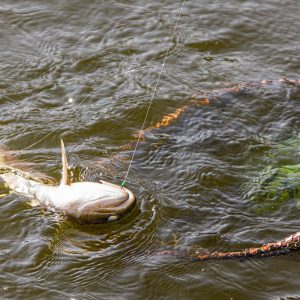 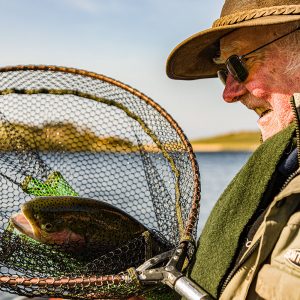 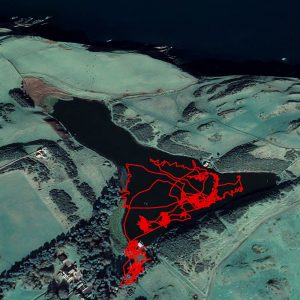