Not a great day, either weather-wise or fishing-wise.  I arrived to pouring rain and the sight of white horses on the loch.  I would have been happy to turn round and drive home!  However, by the time Stewart Barnes and I got out on the water, it had settled down, and conditions were not too bad.  It didn’t seem like a day for drifting, so we tried a variety of nymphing methods while sitting at anchor.  Stewart had a fish on a Kate-nymph hybrid in the first 5 minutes in the northwest bay, so we thought we were set for a decent day.  However, nothing followed.  We tried the other corner – nothing there, and then the south shore.  I was washing-lining on a 6 ft tip, and finally picked up a blue to a small black nymph.  Stewart had 2 fish swirl at his biscuit booby, though neither took a hold.

To try something different, I took the booby off the tail and put on an unweighted damsel.  Within a couple of casts a fish took it, but the swing of the boat in the wind had put a big curve in the line, causing a poor initial contact, and it shed the hook.  Fresh encouragement, but again nothing followed.  We tried a few more anchorages, including the northeast shore, but nothing.

Although it was hardly conditions for it, we decided to have a drift with dries.  This was going to call for big stuff, so I went with a team of 3 – a grunter on the bob, a foam daddy on the middle and a big sedgehog on the tail.  The daddy, ungreased, presented a swamped profile, particularly as I was still on the fluoro I had been using for the nymphing.  After a first unproductive drift down the middle, we zig-zagged the south shore, and out of nowhere, a fish swirled at my daddy.  I lifted but it didn’t have it.  I put it down over him, and he swirled again.  Again I lifted.  Still didn’t have it.  I put it back on him again.  A third swirl and lift, but still nothing.  Oh well… at least it was encouragement!  Just 5 minutes later, another swirl to the daddy, and this time I connected with it.  Yahay!  And further down the same drift a 3rd fish… a swirl and lift to fresh-air, but this time when I put it back over him, he took it at the second attempt.  Three fish had all come at the daddy in the middle – something to do with its swamped profile, I reckoned.

This was more like it.  With new confidence, we went back up to repeat the drift… only for us not to get another offer!  Most of the other boats packed in early and I’m sure we would have had we not had the encouragement of those 2 fish on the daddy.

Keith Logan and Jimmy McBride had the best boat with 3 fish each. Jimmy had all 3 on dries; a combination of balloon caddis and daddies, and also moved a good few more.  Keith had 2 on cormorants and one on a candy booby (15 ft ghost tip/Di-3 Sweep/6ft tip). 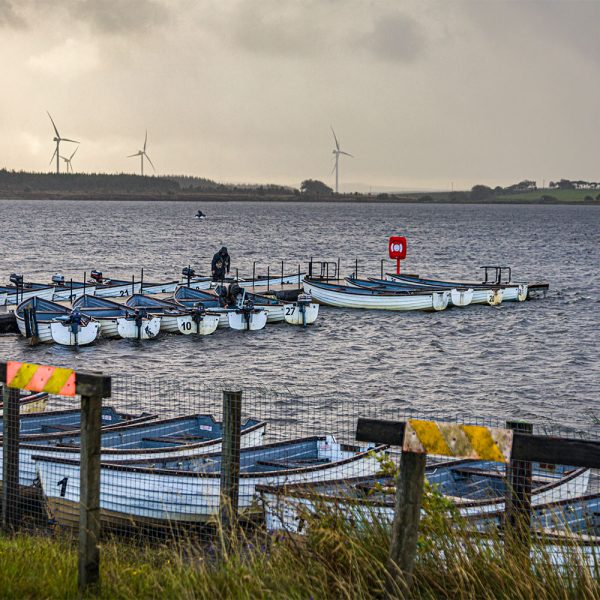 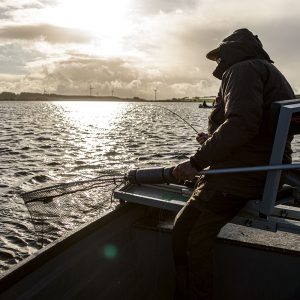 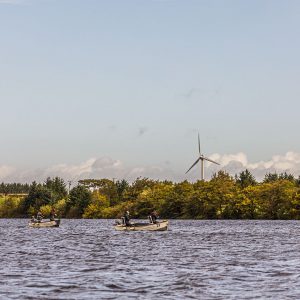 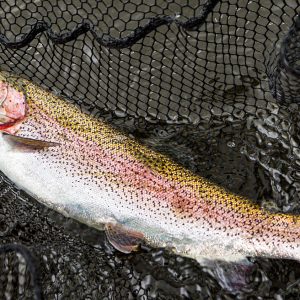 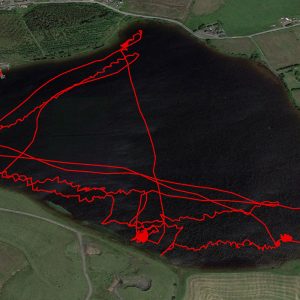