Lockdown easing… and we were finally allowed to travel far enough to restart club outings.  Our first of the ‘new normal’ took us to Frandy.

The weather forecast looked decidedly iffy, but we got away with it.  However, it was distinctly cool for July.  The water was 16C, but the air was only 12C in the middle of the day.  Dougie Skedd and I both started on dries, and took a drift down past the valve tower to the dam.  The only rises we saw and the only fish we interested were small wild brownies.  There was nothing much on the water for them and we didn’t see a rainbow rise.  We both tried a change.  To cover the bases, I tried a washing line on a 6 ft tip, while Dougie went with the good old Hi-D line and an assortment.  With nothing showing interest at the dam, we went up the far end.  Right up the far end!  We went up the creek that comes down from Upper Glendevon Reservoir.  Coming back down that, I missed a pull and then had a small brown.  Just at the mouth, A large rainbow took my top dropper nymph at close quarters, but I made a mess of tightening into it.  Doh!

We drifted down the north bank… as best we could – our boat was one of the worst for crabbing to stern.  Although the wind was along the bank, our boat was crossing to the south shore at a 45 degree angle.  Certainly didn’t help Dougie’s presentation.  I tried going a bit deeper, by replacing the FAB on the tail with a goldhead damsel.  When that did nothing, I switched lines to a fast glass and had a pull.  That brought a fish up on the hang, which didn’t take.  Shortly after, another fish did take – on the hang again.  Montana in the middle.  And shortly after that I had a brief grip of a fish that didn’t stick – this time mid-retrieve.

It went quiet on us after that, but drifting the shoreline we expected to run into further groups of fish as we went along.  Well, we drifted, and drifted and drifted… and never had so much as an offer!  Dougie gave up on the Hi-D and came up onto a 15 ft tip.  I took the goldhead off the tail and put on a black/gold mini-sparkler.  But neither of were getting a thing.  We were just about at the dam when we decided the first pack of fish we found was about the only pack of fish, and we went back up to them.  We passed Bob Whyte and Keith Logan.  They had been working the same group of fish and had a few in their boat.  We started from the top again and, sure enough, as we got to where we had found them first time, I had a fish – this time to the mini-sparkler.  Dougie realised his presentation in the stern of this boat that was crabbing away from the shore with the fish was mince.  So, he made the brave decision to put up a dapping rod.  Not much at first, but after a while he started to pull up some wild brownies to it and landed a decent-sized one.  I tried a go deep and switched lines to a Di-7.  that produced a 10 in+ brown… on an orange blob!

Then I picked up a 3rd rainbow to the Montana in the middle.  Finally, Dougie hooked a rainbow on the dap.  And that was our lot.

Not much to report by the others back at the dock.  Bob and Keith had 3 rainbows each.  Both were on washing lines.  Bob was on and intermediate with a biscuit FAB (1 fish) and a green holo-rib Diawl Bach (2 fish).  Keith was on a 15 ft tip with a Candy Booby (1 fish) and a cormorant (2 fish). 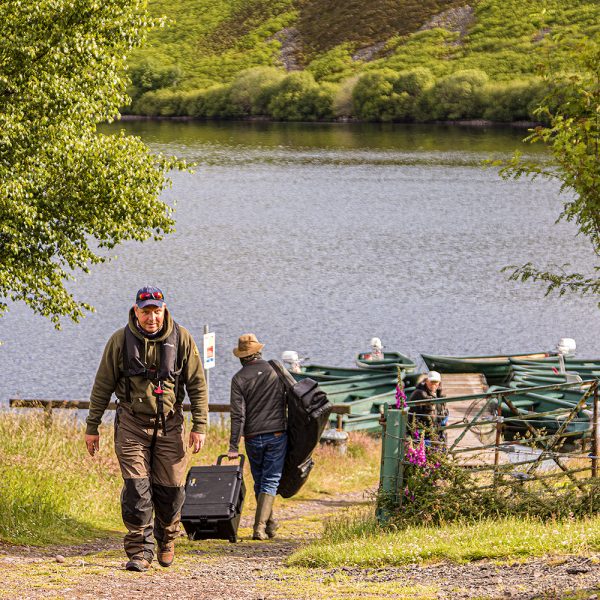 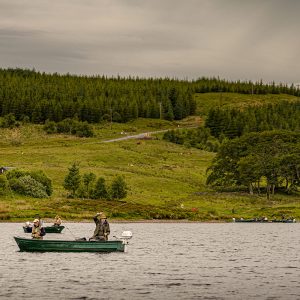 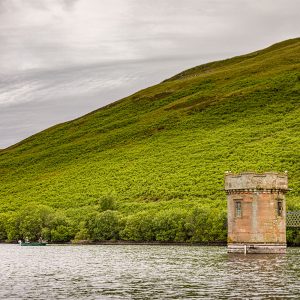 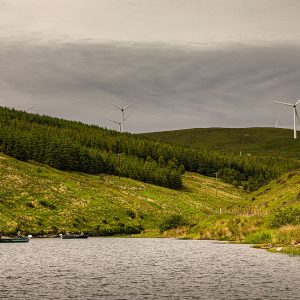 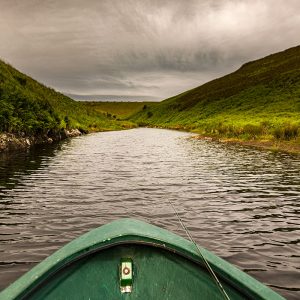 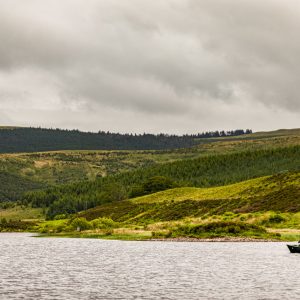 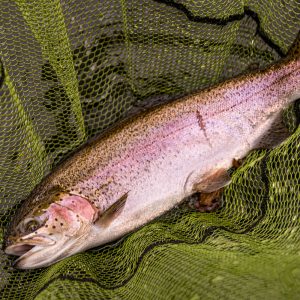 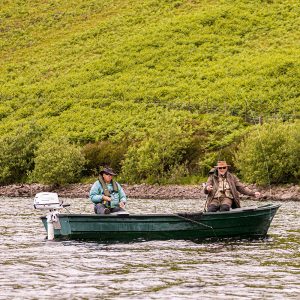 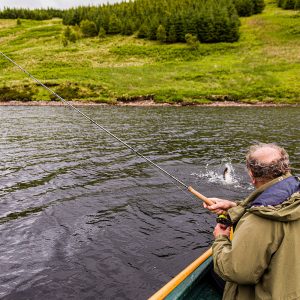 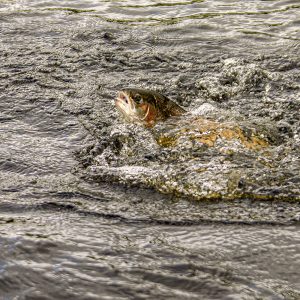 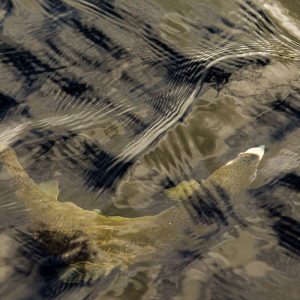 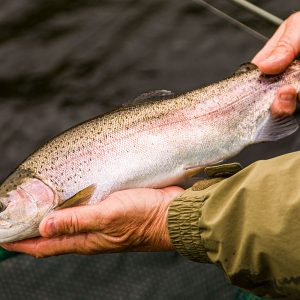 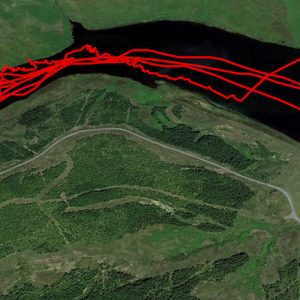