A reasonably warm start, though with a fresh westerly breeze.  Decent cloud cover too.  It took most of the evening for the breeze to drop and for a few sedges to get hatching, and by then the air was down to 11C (water at 16 C).  Word was the fish were on the top and the area to concentrate on was from the north bay, down the home shore, all the way to Schoolhouse Bay.  I was with Fraser Gault, who started on a washing-line rig.  I went with a team of 3 big hogs on B400 10s – a claret, a bright ginger, and a daddy hog on the tail.  I intended to mix up a static dries approach with figure-of-eighting and popping them if the static approach didn’t work.  We started in the north bay, and almost straight away I had a nice rise to the daddy hog, which I tightened into.  It must be ages since I fished 3 dries on my 9 ft 6 inch rod.  When the very lively fish charged straight at the boat I stripped the line in to keep in touch. I was keeping an eye on my dropper to make sure I didn’t snag it in the tip ring.  Of course, I forgot there was an extra dropper and I was watching the middle fly!  I looked up at the tip ring to see my bob fly hooked round it.  Aargh!  All I could do at this point was bend into the fish hard to make sure I didn’t break the rod tip.  Something had to give, and fortunately the best scenario of the fish simply birling at the surface and coming off was the one that ensued.

We drifted on down but we didn’t do very much until we got down to schoolhouse bay.  Fraser then picked up a fish on a hare’s ear and partridge hackle nymph.  I picked up one on the ginger hog and fresh-aired a couple.  Nothing was coming to moved flies – all the action was when the hogs were static.  But it was a bit slow.  I put the other rod up with a team of trads on a slow glass.  Fraser tried a few different things, too.  All we had for the next hour or so was one on the hang (static again!) to a gold invicta for me and one lost for Fraser.  The breeze started to drop and we started to see a few sedges, so I went back on the dries, and Fraser also switched to dries.  We started to get action in the north bay and started to pick up fish.  I could probably have done with smaller flies for a period of about half an hour, but knowing the light was going and I would probably want to change up again, I just toughed it out with the 10s.  We both had quite a few fresh air shots but a few were taking nicely.  Fraser lost a big one that just fell off, mid-play.  I had a couple of super-fit ones and a couple of sluggish ones.  Best fly was the daddy hog on the tail.

Keith and Stewart…  Stewart and myself both started on dries. We had a long drift along Forest Bend towards school bay without much success. Stewart moved a few fish with his foam daddies but they did not connect – a theme for our session.  We changed to twiddling nymphs but action was slow.  Stewart changed back to dries: a shuttlecock and orange F-Fly, which triggered interest and landed 3.  We were doing short drifts along towards Heather Bank.  I chopped and changed and eventually landed one to a red sedge.  We had umpteen fish toward the end come blind with what appeared a perfect take only to be left hanging – weird.  We did not see many fish move during the session but the fish were still looking up.  Keith.

Bob and Trevor…  I started with Trevor in the south west corner of the loch and drifted across to nearly the school bay.  Trevor started with daddies at both ends of his cast and Diawl Bachs in the 2 droppers.  I opted to start with a size 10 orange bodied hog on the point and a size 12 black half hog on my dropper.  I had a couple of swirls at my flies on the way across and Trevor had a pull.  But that was all.  We did see a few fish going through the wave in the middle.  We then drifted from the pier down the bank to school bay.  About half way down I had a fish to the hog but apart from that we saw nothing moving.  We moved out and after a short drift I got a blue 10 foot from the bank in school bay, again on the hog.  We moved out again and Trevor had a fish on a black cruncher after changing his flies.  We then moved to the end at the pier and about 45 minutes from the end started to see a few sedges and some rises.  Despite covering a few all we had was another fish to Trevor on a Grunter.  Bob.

Peter and Steve…  Stephen and I set out intending to drift the far shore towards Heather bank region.  However, the wind was not allowing us to stay close to the shore so we let the boat take its own course across the loch.  Stephen armed with a couple of dries and myself with 3 hogs fished on an intermediate line.  Little happened on the drift and we saw no fish until near the shore, where I connected with and landed a fish on one of the hogs.  We then drifted the shore towards School Bay, where we saw a few fish and I lost one on the washing line.  We spent the last part of session drifting off the far shore, Stephen still on dries and myself on washing line.  Few more fish moved and I managed one more.  Tuff evening spent with lovely company.  Peter. 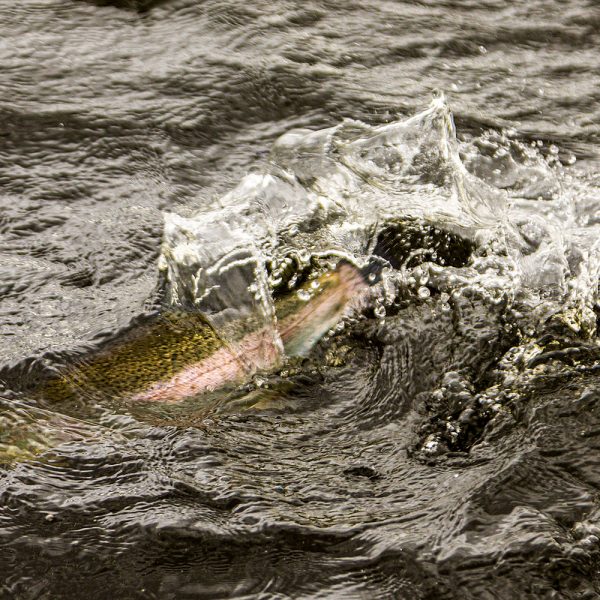 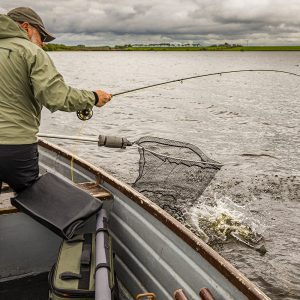 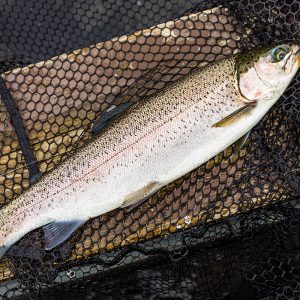 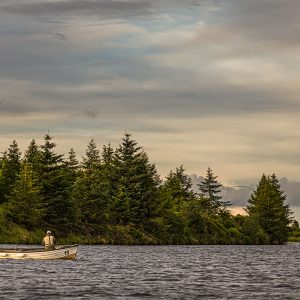 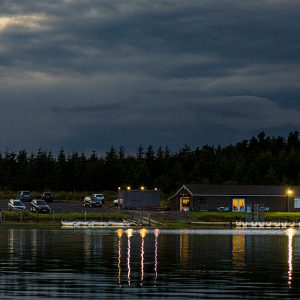 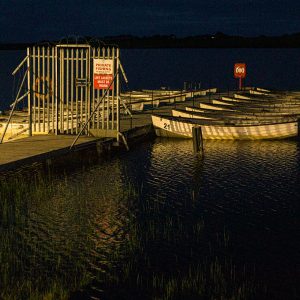 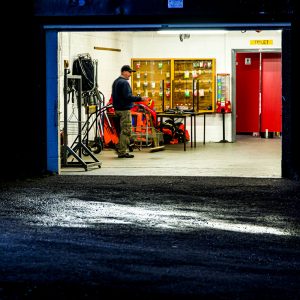 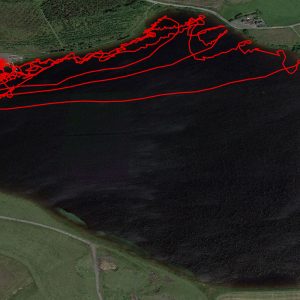