The day gave us a fresh-feeling westerly breeze with a mix of ceiling – cloud, sunshine and showers.  I was still in ‘mayfly mode’, though the hatch is definitely petering-out.  I was hoping the residents were still recognising one when they saw it!  Bob Whyte and i set out to have a day on mayfly if we could.  We managed it, reasonably well.  The fresh breeze dictated the areas we might find rising fish – as per the GPS below.  We focused on fishing the creases between the sheltered and the open water – the lines where food is blown and then idles for the fish to find it.  We were both mostly catching on the paraloop spinner, though I got a couple on John Wastle’s deerhair mayfly emerger.

The resident rainbows and blues are fit as butchers’ dogs just now.  I was on the backing several times, with the best of the day – around 4 lb – getting upwind of me and having about 60 yards out at one point. The takes were a bit different from what I’ve been experiencing recently.  They’ve been head-and-shoulders out the water, or exploding onto the fly aggressively.  Yesterday a lot of the takes were almost imperceptible… just sipping the fly down while barely making a mark.  Blink and you missed it.  We finished with 17 to the boat.

With social-distancing precautions including the avoidance of scorecards, Bob asked the members to send in a mini-report to give catch and method details.  So, without further ado…

Peter got of to a flier with 6ft mini tip and washing line.  His best flies were booby and Kate snatcher fished slowly.  I started on dries, picked up a solitary fish on sedge pattern.  Switched to nymphs, picked up another couple on floater.  They seem to be partial to a quicker retrieve. My best line ended up as slow intermediate and best fly was red holographic diawl, best areas were Malling, towards Dog Isle and Rookery. KL

Well Steve and I were clearly the poor relations, but I will give the details. I don’t know if our lack of success was due to a poor choice of patterns or our choice of locations.  Steve had 1 on a small dry.  I had 2 on a small organza-bodied booby and 2 on an F-fly dry and 1 on a bibio dry.  We found fish at Arnmach peninsula.  I also moved fish at the plantation on my dries earlier.  SB

We both started off with dries without success and lost the first hour accordingly. Changed over to the washing line with diawl bachs and a small booby and started catching. Found that the fish at times liked a faster retrieve and Dougie had success with the roly-poly often producing a decent bow wave as the fish chased the fly. Of my 5 fish all but one fell to a pink booby, whilst Dougie’s 9 fish were 50/50 booby and diawl bach, the most successful diawl bach having a holographic gold rib. Best sport was found in the Rookery and off the Malling Shore. AD

We started at Stable Point and had a double hook-up almost straight away on washing line. That kept us in the west side of Gateside Bay for the rest of the day, apart from one drift across to the burnmouth and one almost to Inchmahome. Trevor had ten all on washing line (the first two or three were on a floater but he then changed to a ghost or midge tip). I had three on midge tip and two on dries.  Very few took the booby and most were on diawl bachs of various colours.  Figure of eight retrieve.  Trevor must be commended for spending at least five minutes freeing my line from both outboards after I was snagged by a lively fish. I had offered to pull for a break on several occasions but he persisted.  And the fish was still on at the end of it! AC 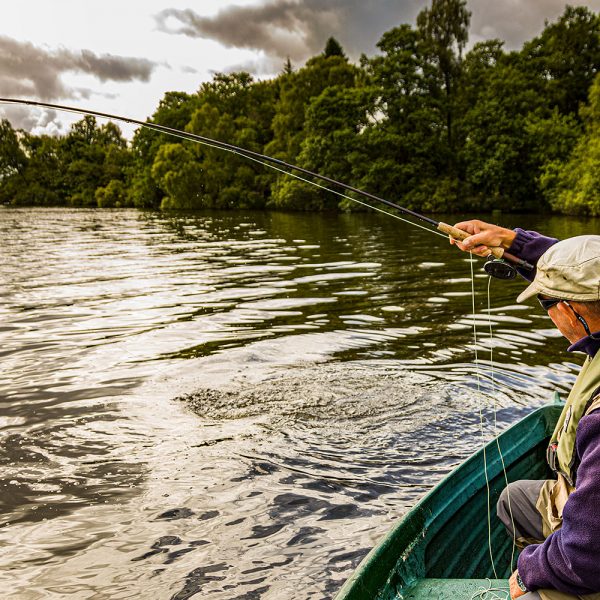 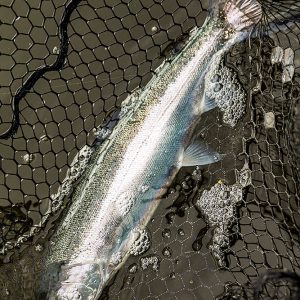 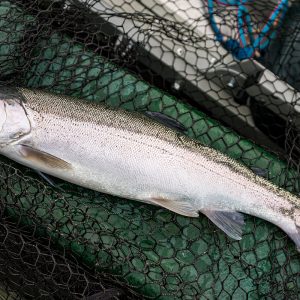 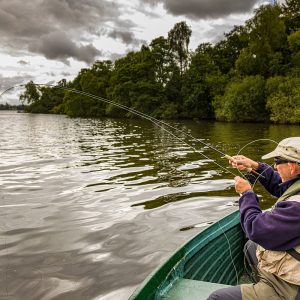 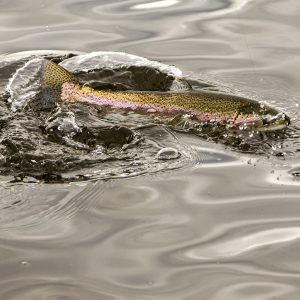 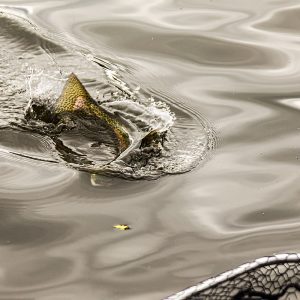 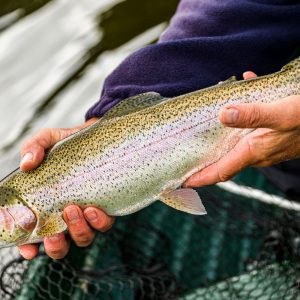 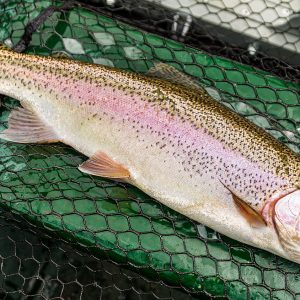 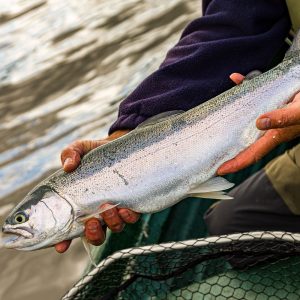 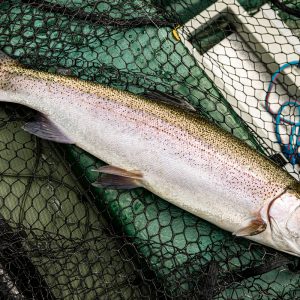 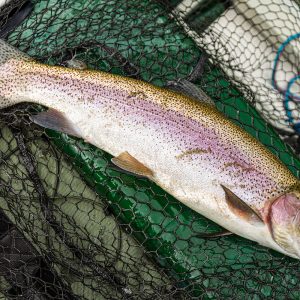 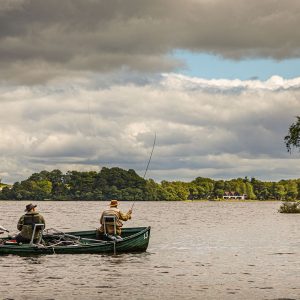 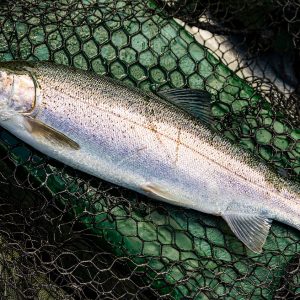 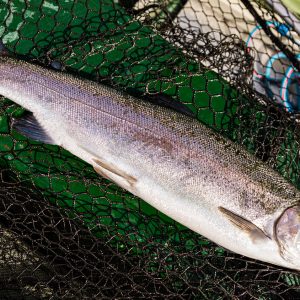 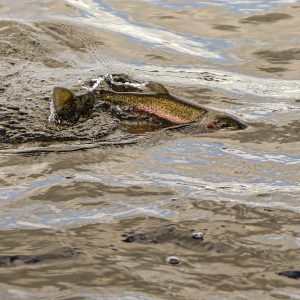 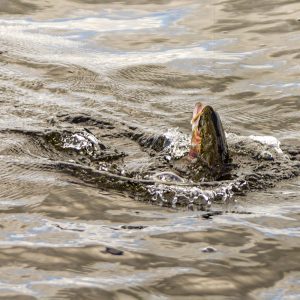 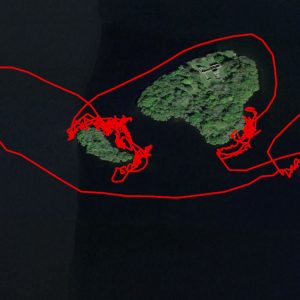