Good weather at last!  It was a cracking day to be out.  Perhaps not what fishers of traditional wets would have been looking for, but ideal for nymphing or dry fly tactics.  The wind was the only fly in the ointment.  It was typical ‘light and variable’, which means that what little air there is is never from the same direction for more than 2 minutes.  That meant that any time we set up the boat to take us through rising fish, we had no sooner started, than we found ourselves drifting away from them with the breeze in our faces.  That carried on the whole day.

The water was busy for a Monday, with the ladies teams out practicing for an upcoming international match.  Dougie Skedd and I started with a look in at Binns Bay on our way up the water – it’s been fishing well of late.  We started with Dougie having a go on fast sinker and myself on floater and nymphs, with a small lightly weighted damsel on the tail.  After I had ding-ed a couple and we had seen another boat catch a couple on intermediate, Dougie decided to come up – but not before he caught our first of the day reeling in to change.  Dougie went to a washing line (on the Kelly green) and was soon into fish on the buzzers.  I started sticking to them on the damsel as well.  We could probably have continued quite happily with these two methods if it wasn’t for one thing… fish started rising.  Neither of us could resist the temptation to put up the other rod with dries and have a go at them.

Dougie went with a couple of small Klinkhamers and I went with a small Klink and a quill shuttlecock.  They were tricky and we had an assortment of refusals, fresh-air shots and being ignored completely, in addition to catching a few.  We caught a selection of fish – rainbows, wild browns of various sizes up to around 14 oz and several small blues – cracking-looking wee fish – and the right size for the water.  It got harder and harder as the day wore on – the fish had probably seen enough of us by 3 o’clock and we decided to try pastures new.  We went round into Burnhouse and here was a dose of rising fish, and they were a bit more cooperative too!  Should have come in here earlier!  Time ran out on us just as we were getting going well with them – could have done with another couple of hours.

Brian Craig and John Young had 8 to the boat on hoppers.  Allan Brown, out on his ownsome had 5 rainbows and a brown to midge-tip to Kate McLaren, Clan Chief and a cat, fished along the road shore.  Gary Heseltine had 4 to dries.  John Miller and Adrian Coats had half a dozen along the roadshore to intermediate lines and nymphy stuff.  Guest angler Chris Kerr took 6 rainbows to a FAB fished slow on a midge-tip, at the dam area and along the road shore.  Top boat went to Derek Kilgour and John Wastle (just!) with 23 between them.  They fished at Carron and 30-minute Bays, before coming down to Burnhouse, late on too.  They mixed it up with tactics.  Derek used DI-3 (damsel and cormorants) and dries (CDC loopwing and quill shuttlecock).  John started on fast glass and a GH damsel, before going to straight-line nymphs (black buzzer, Diawl Bach and cormorant), then dries in the afternoon (olive shuttlecock and claret half-hog).

Catches included quite a few powan, all of which were safely returned.  Three ospreys appeared in the sky around Burnhouse.  Some posturing was involved – not sure of the pairing arrangements going on. 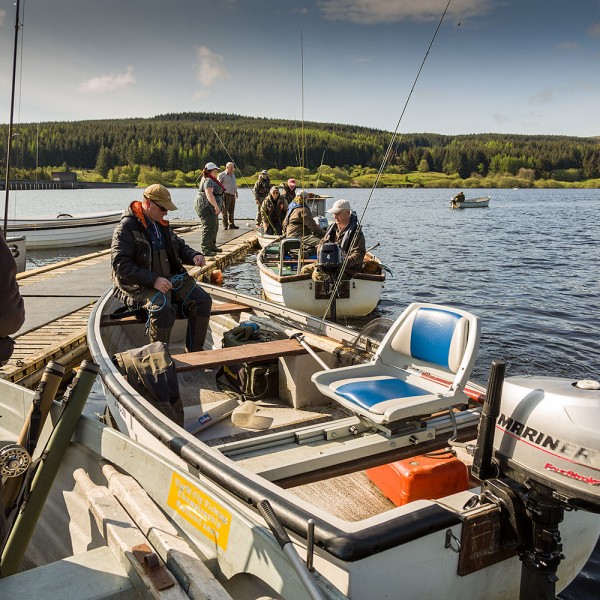 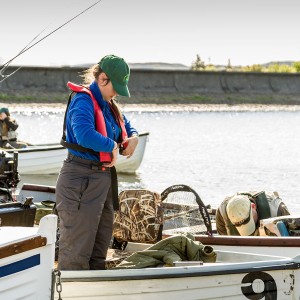 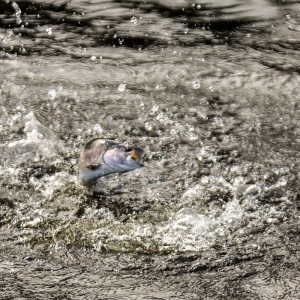 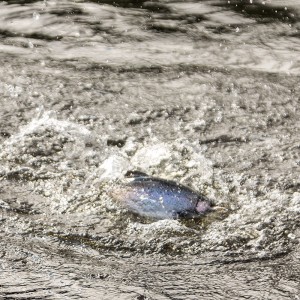 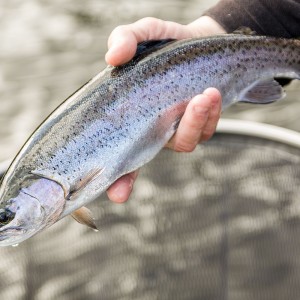 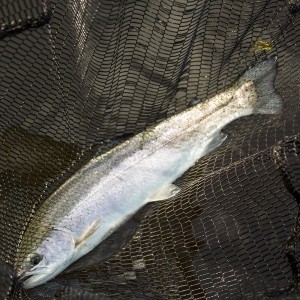 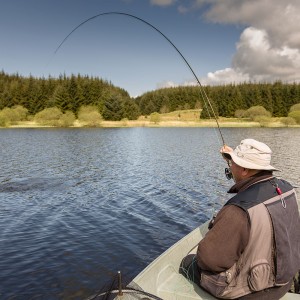 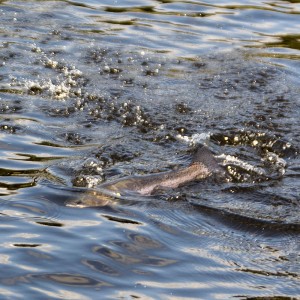 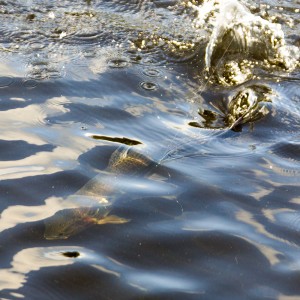 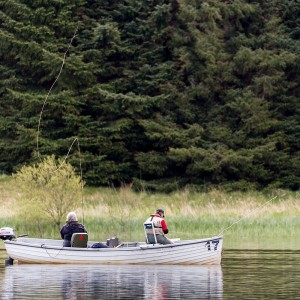 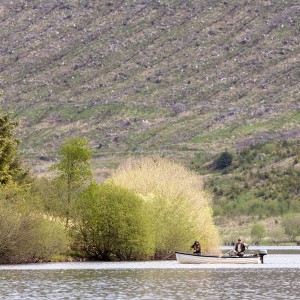 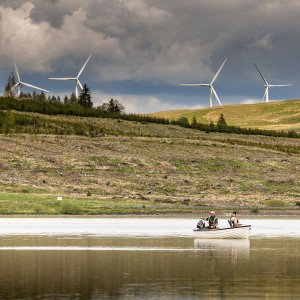 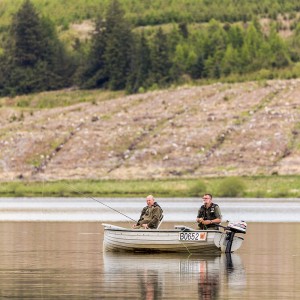 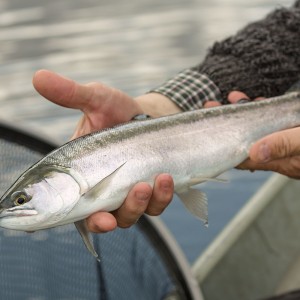 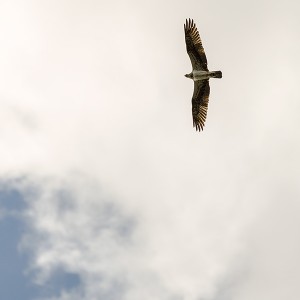 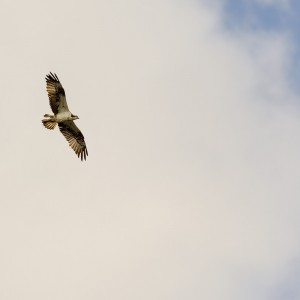 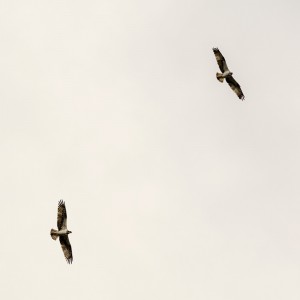