Last club outing of the season and, as has tended to be the case, we got reasonable conditions.  Decidedly cool, but decent cover, and light winds.  Dougie Skedd and I set out our stall to go looking for risers in the quiet corners with dry fly.  We found the quiet corners and we found the risers.  Sandy Bay up to the heronry was a good area, as was Shear Point and the point of the Quarry.  What we struggled to find was anything that they much cared for.  I started on a pair of 12s – a fiery brown hopper and a claret half-hog.  Dougie went smaller with 14s.  I took my cue from the fact that what little was coming for a half-hearted attempt at our efforts was coming more to my 12s than Dougie’s 14s.  So, I stayed with the 12s, while Dougie went smaller still.  Smaller still was eventually worth a fish to a size 18 aphid pattern.  Meanwhile, my 12s were worth a couple of fish, with 2 more birled, another couple jagged, plus assorted fresh-air shots and crinkle-unders.  Their difficulty may have been due to feeding on something unseen, subsurface – a lot of the rises were just subsurface, with only the tip of the tail showing.  Possibly phantom midge pupae?  However, they were by no means all subsurface.  There was a decent hatch of a microscopic midge – about a size 42 would have imitated it – so that may have been another factor.  Yet another factor may have lain with the number of fish that had seen a bit of action.  The one Dougie had on the aphid was only a stockie, and yet it had been caught at least twice before!

Bob Whyte did better with dries, taking 4 (of his 5) to size 16 black Shipmans and 14 black parachute, further up at the Plantation.  John Miller and Derek Kilgour had 5 of their 6 fish to dries (claret hopper and black F-fly).

Ramsay Zenati and Allan Everington had 6 fish to the boat on itermediate/slow sink and trads and lures.  Stewart Barnes did not have a fish at 4 o’clock, but a change of tactic and location saw him land 6 in the next hour – shoulder of International Bay, floater and washing line, with a small yellow booby on the tail accounting for all but one of them.  Jimmy McBride had 8 to similar washing line tactics down at Lochend.  Best bag of the day went to new Club Champion, Keith Logan, who took 11, mostly to an orange blob, fished static on a 6 ft midge-tip.

Afterwards, we retired to Poppies Hotel, Callander, for a good nosh-up and a swally. 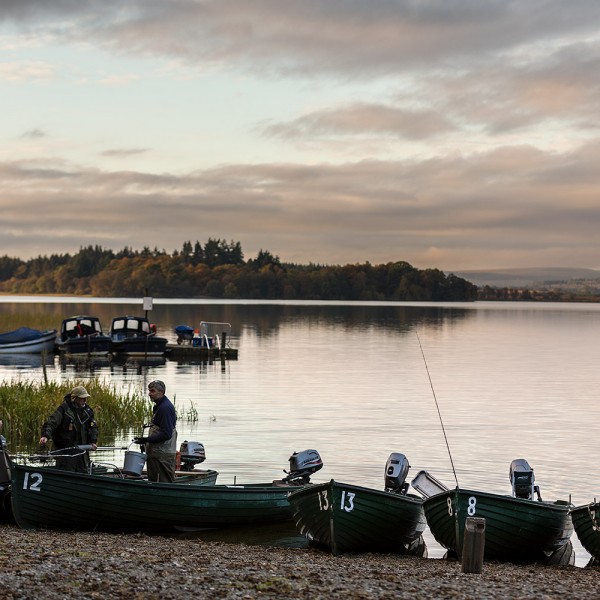 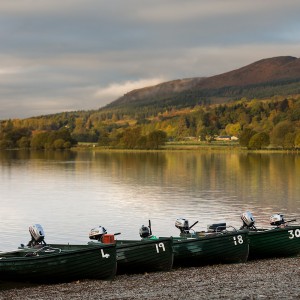 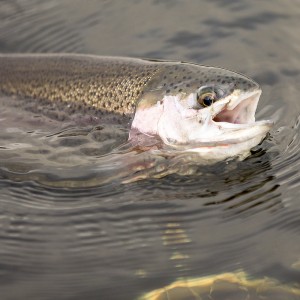 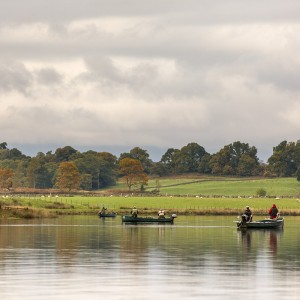 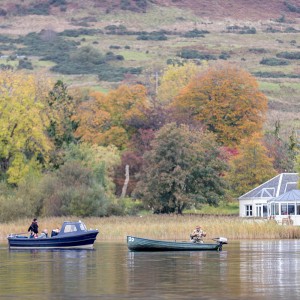 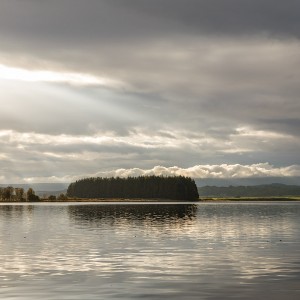 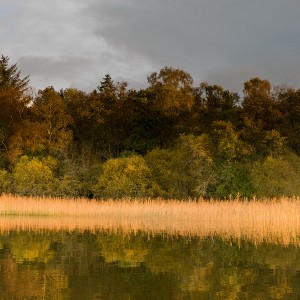 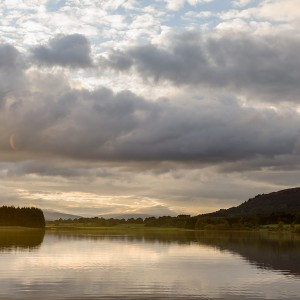 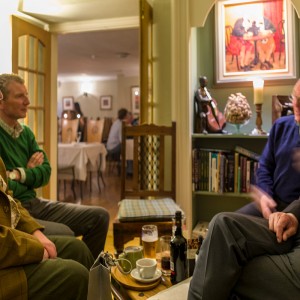 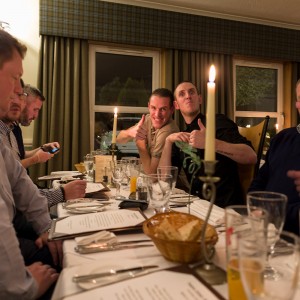 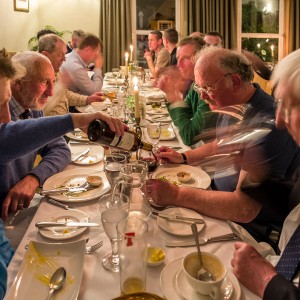 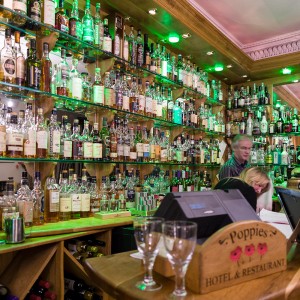