The kind weatherman promised a nice warm day, with cloud cover and no rain. We did not get any rain… suppose he is happy with one out of three.  What we got was a cold, swirling wind.  However, it did feel warm when the sun came out, but it got very cold again when a cloud came over.  So, when the sun was out the fish were down and when the sun went in the cold wind kept them down.

David Tyrie and I saw a few fish move before we started, and the fishery boatman had said that fish were located at the west end of the loch.  When we got there, we did see fish moving, so it was floating lines and yellow owls for us.  We had inspections of our flies, a few swirls below them, but no bumps or hook-ups.  David, showing more sense than I did, changed to a fast glass, and in no time, he had three fish. I immediately changed to a slime line that I had, but never liked as no matter what you did it retained the memory of a coiled spring.  This line got me no fish, but it did raise my blood pressure, so I took it off and it is now ready for use in my garden strimmer.  At this stage, I was still seeing rising fish that I suspected were wee brownies, but I put on my floater and had a go at them, but with no success.  David and I then worked our way down the loch.  David picked up another two fish and a small brownie.  When we arrived at boat bay, both of us picked up a fish. So, David finished with six rainbows and one small brownie.

Bob Whyte and Vaughan Hammond both had one each.  Bob used an intermediate and a black lure.  Allan Brown and Peter Fionda had six to the boat. Allan used a DI3 and had four on a Cat Whisker.  Bryan Griffiths and John Miller had seven to the boat. Bryan caught using a floater and static buzzers. John used a floater and black JC Diawl Bachs.

Tom Steven and Jerry Cutler had ten to the boat, Tom used size 10 Diawl Bachs with a green pearly rib.  Jerry used a sink tip and Diawl Bachs, one of Jerry’s fish was a fine brown troot of over 11 inches.  Our best boat was again Gary Heseltine and Trevor Gibson. They had fifteen to the boat. Gary used an intermediate line and his three flies were a Bibio on the bob, a Kate on the middle dropper and a black/green lure on the point, the point fly doing most of the damage. Trevor fished a floater and had six fish. They fished the road shore.

Most of the fish caught were at the west end of the loch. These fish were in very good condition and fought well above their weight.
It was a difficult day for most of us but the thirteen members landed 47 fish a rod average of 3.62. 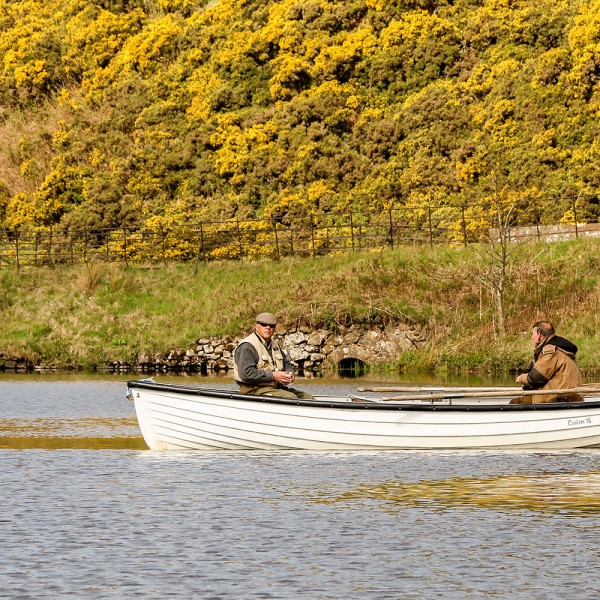 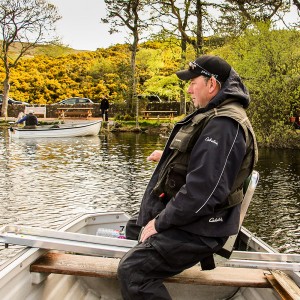 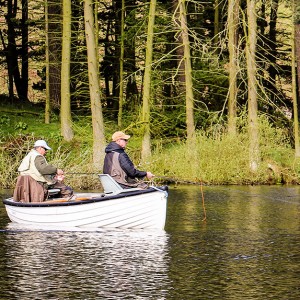 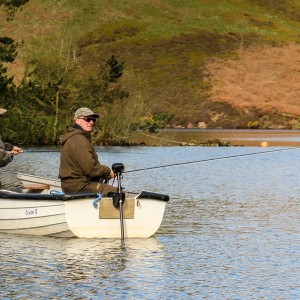