Cracking conditions for it – though the light easterly breeze was naturally a touch on the cool side.  However, good cloud cover until the last hour and a lengthways direction of breeze allowed for some good drifts.  We hoped that the conditions would give us some good surface activity, but there was an almost total lack of insect life, and consequently nothing rising for most of the day.

Derek Kilgour and I started at the dam end, and we quickly widened our net till we saw what was doing: I went with 3 half-hogs on fluoro, allowing them to be fished as static dries and then figure-of-eighted as ‘damps’, on each retrieve.  Derek went onto DI-7 with a candy booby on the tail.  In the first period, I hooked and lost one figure-of-eighting the hogs, and that was about it.  We decided to work our way down the water, trying a few drifts in favourite spots as we went.  As we arrived in the western narrows we saw a couple of rises, and  Derek quickly picked up 2 fish on the booby.  I had only had a couple of fresh-air shots to the dries, so I put up the other rod same as Derek’s and, sure enough, I added a fish to the booby.  However, after that it was all quiet, and I thought I may as well be not catching on dries as not catching on a DI-7, so I went back to the hogs.  No sooner had I started fishing them, but I landed them on the head of a lump of a fish of around the 3 lb mark that took the black sedgehog on the tail within a second of it alighting.  It took me onto the backing and led me a merry dance before coming in.

That was the only further action we had at the west end, and we decided to go back for a look at the dam.  Our thinking was that, as the day built-up a bit of heat, any terrestrial fly life coming onto the water on an easterly would arrive at the dam end first.  Most times these sorts of notions turn out to be rubbish, but just once in a while it works, and this was one of those occasions.  We started in the dam corner, where the wind was coming on a bit north-eastish…  and straight away, we saw rising fish and a few black terrestrials on the water.  We had no sooner started than a fish boned the wee black & red half-hog out the blue.  Not long after, another fish boned the claret half-hog OTB…  then another and another… and another.  All out the blue to static presentation stuff.  Derek wasn’t long in picking up the rod with dries on, though for some unknown reason his usual killers were mostly getting looks and refusals, with only the occasional hook-up, when the hogs were getting biffed.  Don’t know what all that was about?  After a while though, I started to get the arsy behaviour of misses and refusals too, and then the action tailed-off as quickly as it had started – possibly as it had got a lot brighter.

Among the other catches, Peter Fionda had a brown and 4 rainbows on a midge-tip, Greenwell spider and orange dancer at the west end.  Ed Green took 5 on dries (F-fly), some static, some figure-of-eighted, drifting 50 yards out from the central section of the north shore.  John Miller took 6 rainbows, 2 each to silver cormorant, yellow FAB and olive and yellow damsel, fished slow on a slow intermediate, also along the north shore.  Top catch of the day went to Allan Brown, who landed 12.  Allan was fishing at the west end, slow retrieving a midge-tip, with a damsel and a Kate.

We witnessed a cracking osprey dive (camera in bag and with wrong lens on at the time). Unfortunately for the bird, the fish it hit was a lump and it couldn’t lift it out. It had 3 or 4 goes to get airborne with it, each time flumping back into the water. Eventually, it managed to get into the air, but the fish was too heavy and the bird had to drop it. We could see the pissed-off look in its eye from 100 yards away. 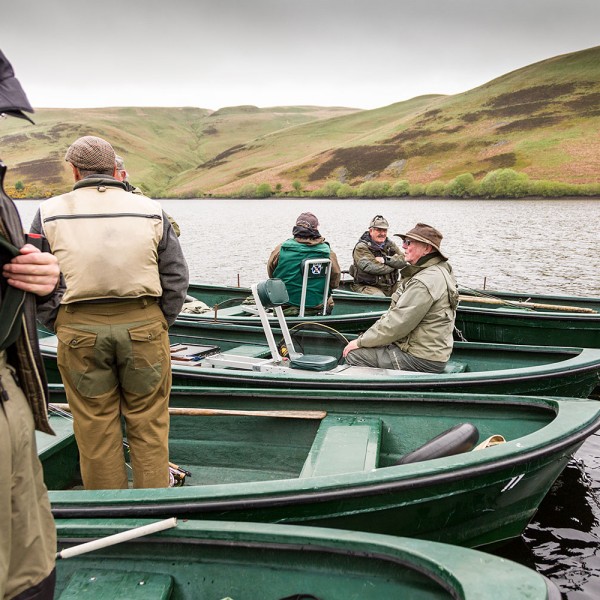 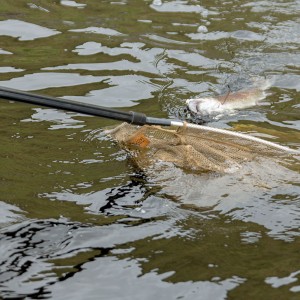 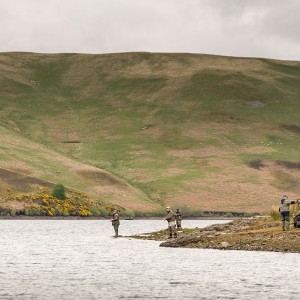 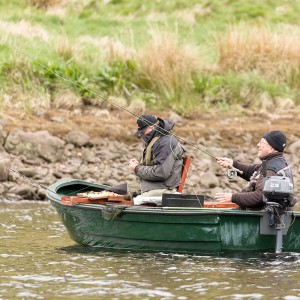 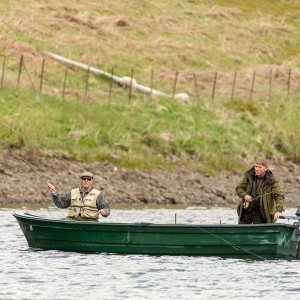 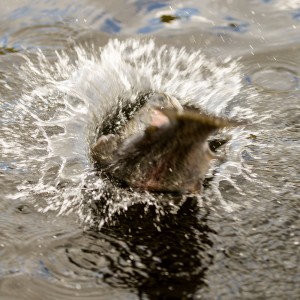 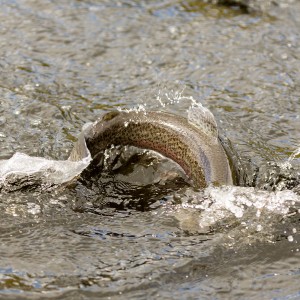 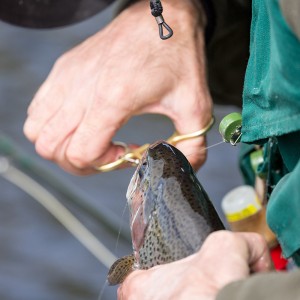 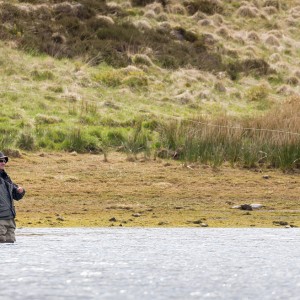 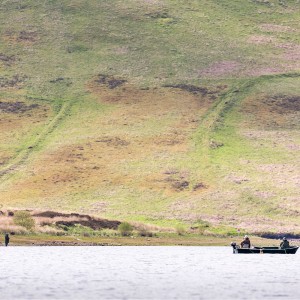