Finally, spring arrived at Carron Valley on Saturday morning.  The Easterly winds had disappeared, to be replaced by a gentle Southerly.  The forecast was for the temperature to pick-up over the day, which was long overdue.  It must have been some winter up the Campsies this year because several boats were washed up into the car park!!

Carron was looking at its absolute best and even though the fish never seem to give themselves up easily here, it is always a pleasure to fish with lots of fishy looking bays and areas to explore.

We were advised that the road shore had been fishing well.  Mind you, it is a long road, so the challenge as usual was trying to find the active fish.  I was sharing a boat with Fraser Gault, who had not fished Carron for over 30 years.  We both set-up with DI-3 lines and a variety of mini-lures.  We started just outside the pier with the intention of working the margins along the road shore.  The conditions were ideal and each little bay looked fishier than the last. But, we struggled to get started.  We saw one boat that was drifting close to the buoys pick-up a couple of fish.  After a fishless couple of hours, we finally arrived at Gull Island and to our surprise, we had a double hook-up, Fraser landed a well- conditioned rainbow and I got a nice brown.  Naturally, we spent a bit more time in this bay but it proved to be a false dawn.

We headed beyond stockie bay and had a near perfect drift that only required the odd tweak with the oars.  Wee black buzzers had started to emerge and the odd fish was moving.  Fraser was popping his black/green tadpole bang on the stones with a nice steady retrieve, which was triggering a good response, and he hooked, lost and landed a couple more rainbows.  I managed to eke out a superb brown to a black-cruncher.  This proved to be a useful pattern for both the browns and rainbows over the day.  Although the action could never be described as frantic, it was great fun.

We were now close to One Tree Bay and there were plenty of fish hoovering up emerging buzzers.  Fraser had had enough and set-up with his 5-wt and dries and buzzers.  Although he had hold of a couple, the fish were fickle and very selective.  I stuck to the Di-3 and landed another rainbow.  We had to get out of that place – it was driving us nuts: we could not find the answer.

Our last sortie into Carron Bay proved to be our most successful.  Swallows made an appearance and were picking of the hatching buzzers, which were larger and lighter in colour than the earlier species.  By now, I had switched to a nymphs and snatchers and had a good spell landing another three rainbows in quick succession. Fraser had by now given up on the sophisticated approach and was back on the Di-3, and fittingly landed the last fish of the day.  It was interesting in that we never came across any other club boats over the session.

The club had mixed fortunes over the day.  Colin Riach and Allan Everington landed 5 fish to the boat, Jimmy McBride and John Miller had 4 between them, Dougie Skedd and Stephen Kilpatrick had a tough day, but were still smiling at the end.  Ed Green and June Paterson timed their first club outing of the season to perfection.  They not only brought the sunshine, but 5 fish to the boat.  The fish were all in good condition, while both Jimmy and Colin reported a good brown trout in their returns that they reasoned to be 2017 stock fish.  Overall, the club’s 10 rods recorded a total return of 20 rainbows and 10 brown trout. 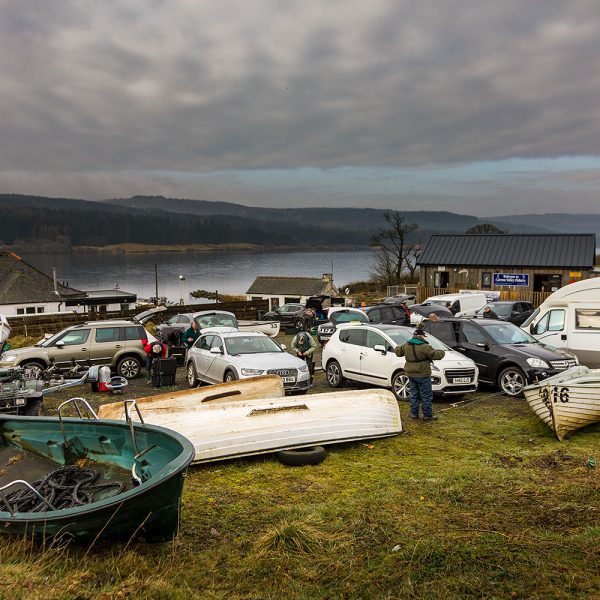 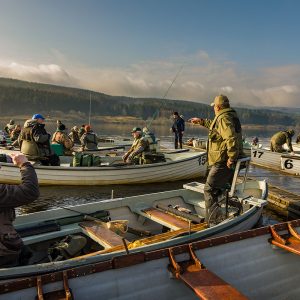 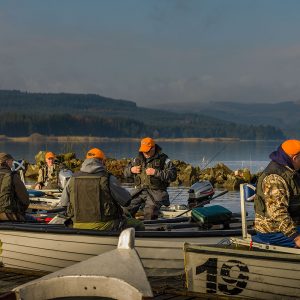 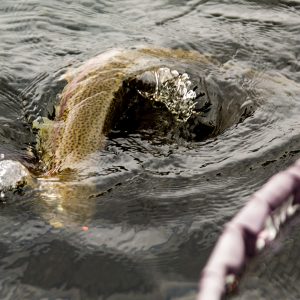 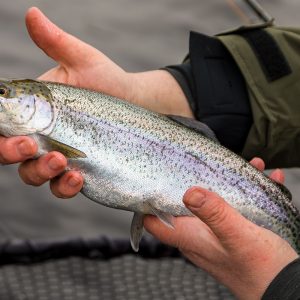 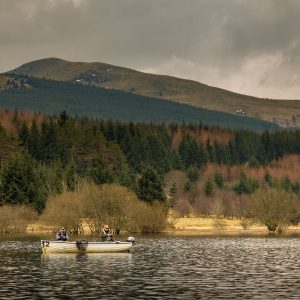 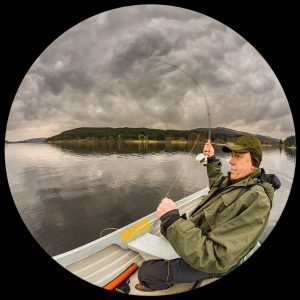 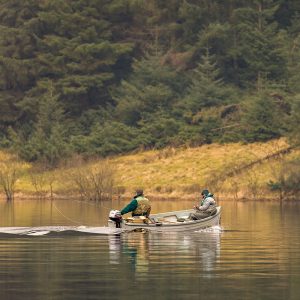 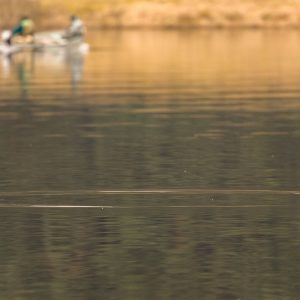 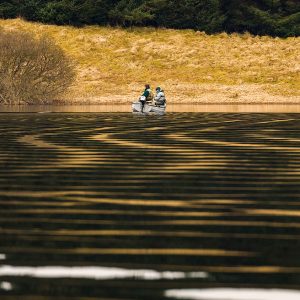 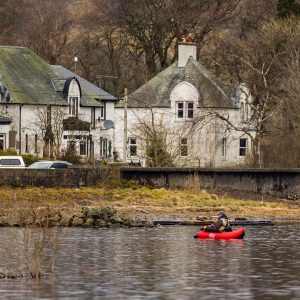 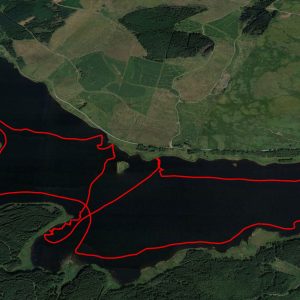