The French say, “We should be very careful what we wish for, for we will surely get it.”   Well I and everyone else on previous outings have been wishing for better weather, and boy did we get it – we got the hottest day of the year so far. Not a cloud in the sky, a very light WSW wind and an air temperature of 26°C.  The water was 16.5°C.  This was our first outing at this venue, and after we found our way to the place we were all impressed with the set-up.  Lots of car parking space, big boats that will drift a bit quick and very large anchors – perhaps an indication of the winds the loch can experience.  However, even with the very hot and bright conditions, fish were rising; not a lot of them, but enough to be tempted to try dries.  Hugh Thomson and I were fishing together and, early on, I had a feeding fish, about three pounds, on a yellow owl.  I actually saw it feeding up the wind and cast to its expected position and, to my surprise, it took.

After that, I cast to a good few fish and had some interest, but none of them even attempted to grab the fly.  We were due to stop at 16:30 hrs.  Therefore, in desperation, I stuck a size 10 daddy on the point. First cast, a fish came out of the water like a Polaris missile, grabbed the fly and was still going up lifting the line clean off the water. This is when I did what every duffer does when nothing has been happening for a long time… that is it: I did nothing.  And ping, the fish was gone.  After muttering drat, I stuck my flies in my lapel and put the rod away.  Hugh and I then headed for the beach.

The Loch had lots of meat on the surface: large skittering sedges, smaller sedges, bright green midge, lots and lots of beetles, brown things about 3 mm long and lots of buzzer shucks – but only a very few fish rose to take any of this bounty.  Ken Cockburn, using an olive hopper, had a fish. Allan Brown had one using a DI3 and a damsel. Trevor Gibson had one: he used a floater and a FAB, fished static.  Len Newby had one and his boat partner, Ivor Young, had two. Stewart Barnes had two.  He used a knotted midge, fished static. Tommy Steven used a floater and a hare’s ear shuttlecock to land a fish of 4 pounds (weighed) and a further three using a DI-3, black tadpole and damsel.  The stars of the show were Derek Kilgour and Bryan Griffiths.  Between them, they landed nine fish. Derek used a floater and fast glass lines. Bryan used a floater and a DI-7. Both used a slow fig-8 or fished static.

A good effort on the day.

Our next outing is to Menteith on Sunday, 21st June.

As I will be bobbing about on Loch Harray, Stewart Barnes will be collecting the fishery dues and cards at the end of the day. Any late call offs please let Stewart know. 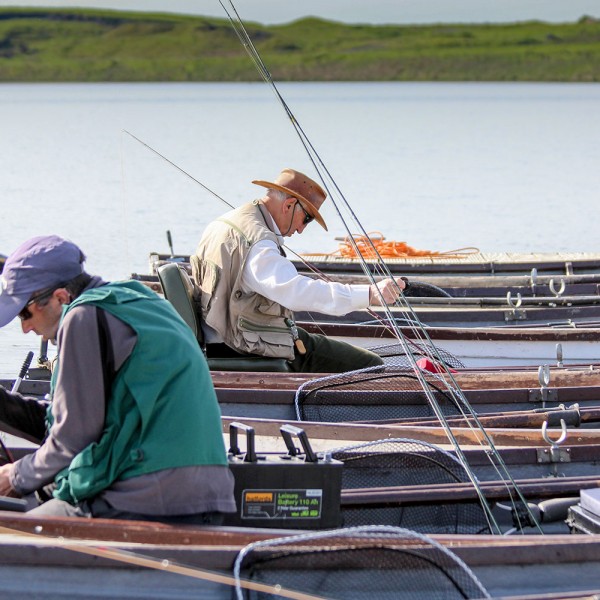 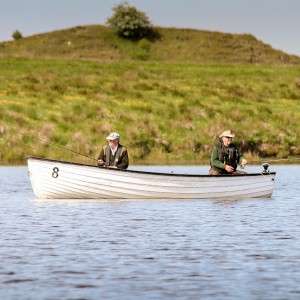 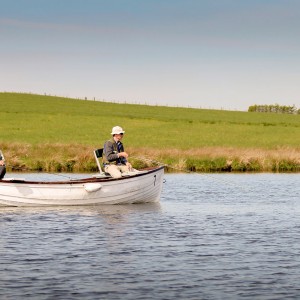