Although it was still decidedly cool for the end of April, we could not complain about the conditions – among the best we have had for a Coldingham outing.  And when we did get the odd blink of sun, it was most welcome!

Gareth reported the fish had been rising well, so that was enough for me to go with dries.  I was with Matt Wolstenhome, who set-up with a washing line on an intermediate.  Matt was straight into fish on his coral FAB on the tail.  Meanwhile, I was covering fish with a black Klink and an Adams hopper and getting nowhere.  There was very little in the way of visible food on the surface – a few tiny scrots was all I could see.  I gave up on dries for a while, and picked up the other rod, which had a washing-line on a 6 foot tip.  That quickly got me 2 fish to the damsel booby on the tail.  However, I could not ignore the rising fish and went back to the dries.

I tried going over to a 14 skinny black Shipman’s and a 16 black scrot.  After covering a lot of rises, I finally got a nice wintered brownie on the Shipman’s.  I switched the scrot on the tail for a 14 claret Shipman’s.  That proved a good move, and I did well enough to keep me on dries for most of the rest of the day.  Tweren’t easy – covering dozens to get a look from one – and then needing 10 to look before getting one to take solidly.  Only 2 came ‘out the blue’ the whole day, but they both tanned the claret Shipman’s.  Matt had a go with dries and got a good fish on a CDC shuttlecock.  It was worth the effort to persevere with the dries.  There was an obvious difference between the fish.  The ones we caught to the washing line were clearly stockies, while the fish on dries were much more residential and fought 3 times harder!

Catches were good across most rods.  Trevor had 13 to boobies and FABs.  Bob Whyte and Keith Logan had 16 to the boat to a variety of tactics on floater, midge-tip and intermediate, on buzzers, boobies and crunchers.  Bob had a good spell in the afternoon (when most of the rods were quiet), by going a wee bit deeper.  He landed a cracker of a blue during this period.  Derek Kilgour had 6 of his 8 fish to dries.  Top catch of the day went to John Miller, who took 14 on a washing-line set-up on a slow-fished, 10 foot tip.  Most came to the tequila booby on the tail. 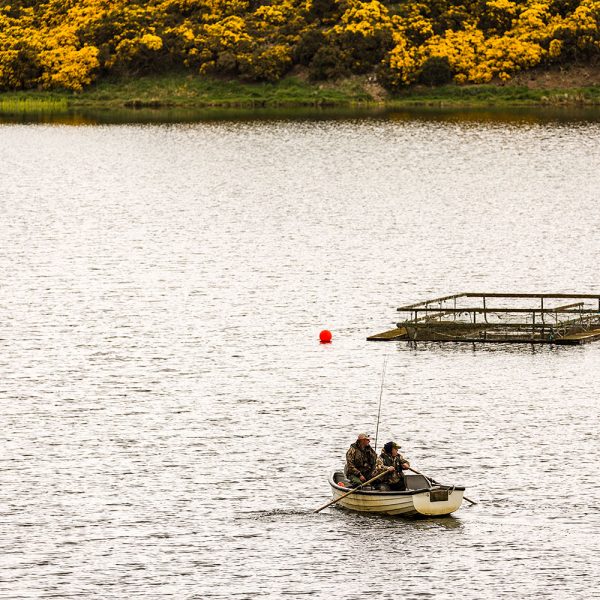 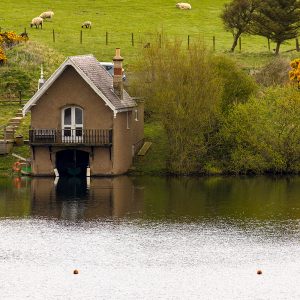 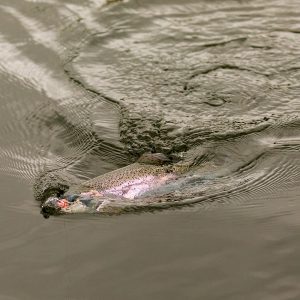 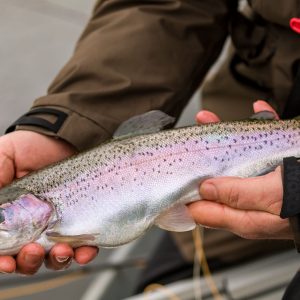 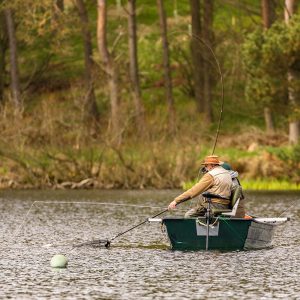 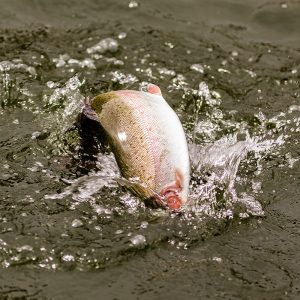 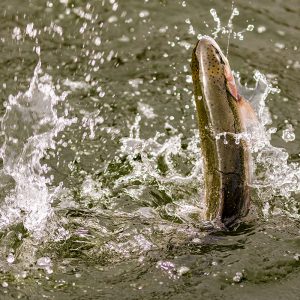 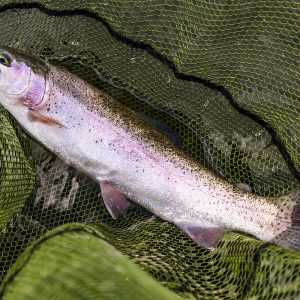 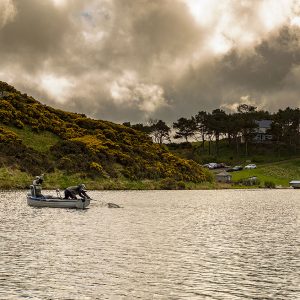 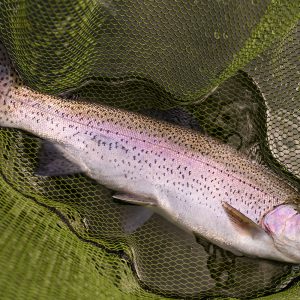 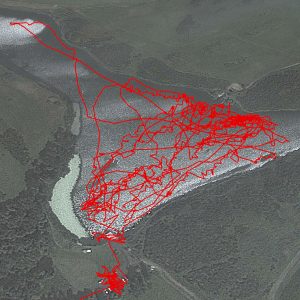