This one was harder than Steven Hawking’s homework. We had a light breeze, but it was biting-cold.  Reports of rising fish from the day previous were unrealised.   The sand martins were working the water all day, but it must have been right small stuff, as we were only seeing a decent buzzer once in a long while… and very few rises.

I fished with Bob Whyte.  We both gave dries a go at the start, but it was slower than a slow thing.  So, we went through all the other options.  I tried a washing line and I did hook a fish on it – it jumped out the water as I was lifting my flies out and caught the nymph on the bob in mid-air!  I hooked it, but didn’t get a great initial contact, and it was no surprise it fell off in play.

We tried a bit of a tug.  Nothing.  Tried anchoring and swinging buzzers.  Nothing.  Tried other stuff at anchor.  Nothing.  At that stage we were seeing one or two oncers and wondering about going back to dries.  Main problem was that there were a dozen boats anchored up and down the shore, preventing getting a drift.  In the end, we went back on the drift, over the north side, where there was a bit of available water.  We were still doing nothing, but it fined away a bit and we were seeing the odd rise, and even the odd one that was up a couple of times.  So, we went back on the dries.  Bob got a cracking long-range cover to take his shuttlecock.  Not long after, I got an out-the-blue (OTB) to a ginger crippled midge (in photo).  Hot fish – led me a merry dance.  Was getting it under control when I got a rip-off on the dropper.  That must have loosened the hook-hold, because the fish I was playing then fell off.  Doh!  Thanks for that!

However, at least it was a bit of encouragement and we decided to tough it out with the dries from then on.  We went to the top of the wind and I got another OTB to the ginger crippled midge.  This one stuck.  Hurrah!  Super-fit fish!  A drift later, a wee change in the wave pattern caught my eye… might have been a fish.  I cast to it and sure-enough, a fish came up and went down with the ginger midge.  Another that wasn’t for coming in.  Got round the back of the boat and did that thing where you are trying to force it to come round the front for you to net it, and it is just not having it.  Every time you get it level with the end of the boat, it takes another surge round the back.  Went on for ages.  Anyway, got it in, and that was the last action of the day.

The catches ranged from a couple of blanks, to 1s and 2s for everyone, except Keith Logan who had 3.

John Miller and I fished hard all day long.  We circumvented the loch at least twice, but for little reward. We started drifting towards School House bay, and both with mini-tip lines and washing line tactics. Jimmy mentioned that he had been there the day before and dries were working well when casting to rising fish. We saw very few feeding fish throughout the session, despite a good early hatch of buzzers and there were even some duns around.  We thought there was a good chance they would come on later. I chopped and changed going through my box: crunchers, Diawl Bachs, buzzers, nymphs… but with no success. John picked up the first fish on a small black Diawl Bach in front of the school.  I followed with another to a Kate McLaren. By this time we had been round the loch for the first time – not many rods bending – but bumped into Jimmy and Stewart who had both picked up two to the dries. I changed and put up a cast of dries but this did not change my fortunes.  In fact, did not have a single note of interest, but decided to stick to the floater. By this time we were fishing in towards the dam.  Despite a brief hail-shower a few fish did show and that perked us up a bit. I landed one to a hare’s ear snatcher.  John then landed another to a silver invicta (honest guv) – a resident fish in cracking condition, and then I had another to the same snatcher, fished static. That was it for the day. KL

We had a first for either Bob or me…

Our motor, which wasn’t working well from the off, suddenly wouldn’t give us drive.  It was running, but forward and reverse gears were the same as neutral.  We went in to get a replacement.  When they lifted it off the transom, we discovered the prop had fallen off!  Wehllll, there’s yer problem!

If anyone is interested, I did a video of tying the crippled midge – it was even the ginger one – the rib in the photo is mirage, but in the video is copper, which was the one I was using on the outing.

Middle of the day, I lifted a sepia dun out the water.  I put it in my specimen jar and took it home for a photo.  There were one or two on the go, but not enough to call a hatch. 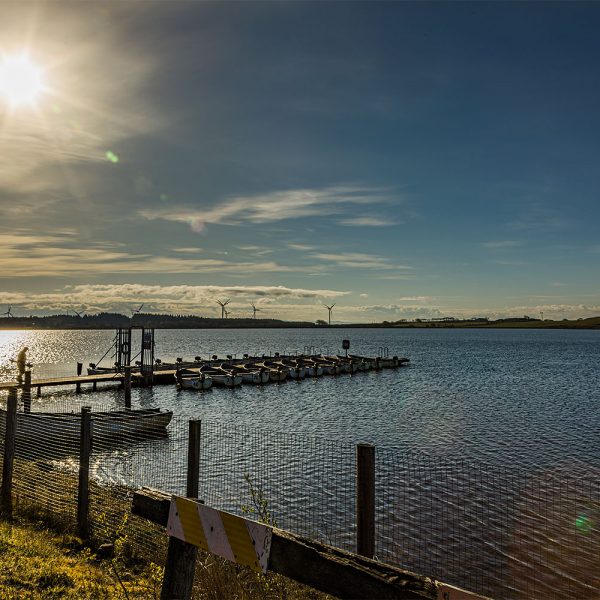 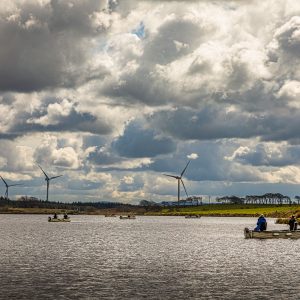 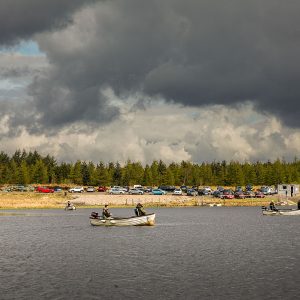 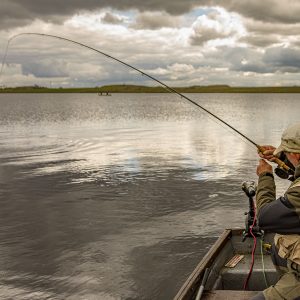 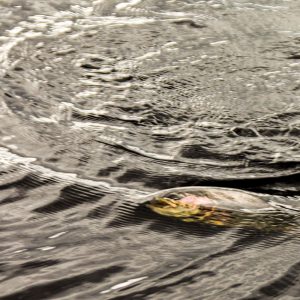 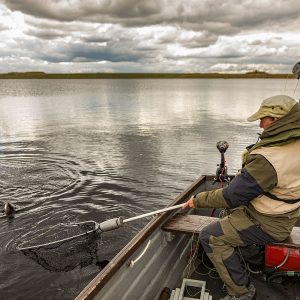 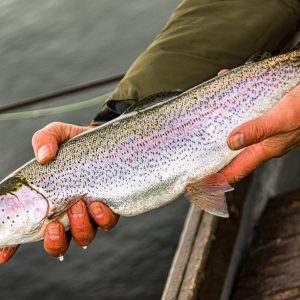 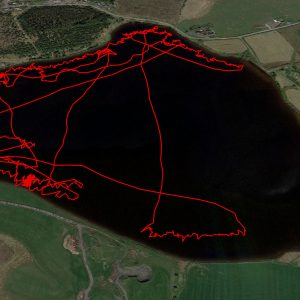 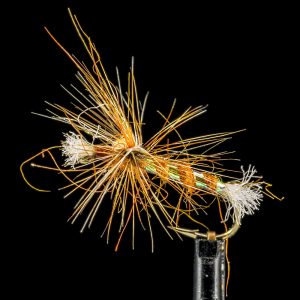 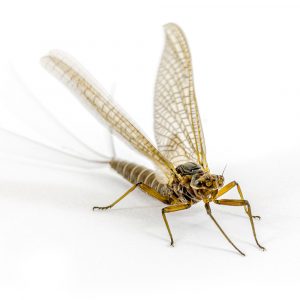 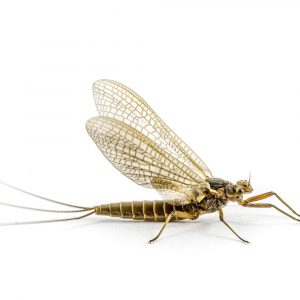