It was Friday the 29th when James, my son, popped in to say that he was having a BBQ on Sunday the 31st and as I was going fishing, would I bring him two fish – a brown trout would be fine.  Oh-oh: this is the kiss of death thought I, but I said that if I did catch two fish I would drop them off at his house.  Nineteen of us set out on a day that was misty, calm and had the water two degrees warmer than the air. Worse than that, no fish were rising and nothing was hatching.  However, on went two dries, a size 14 orange daddy on the point and a size 16 CDC loop wing on a dropper.  When I arrived at the plantation, I did see some fish move just south of the bank of fir trees, and the slight breeze was taking me in that direction.  At the spot where I saw the fish move I started casting and after about my fourth cast I had the slightest of rises to the daddy – I thought it was a small fish, so started to strip line to get it in quickly and have another cast in the same spot.  Everything went well until the fish was under my rod tip and I saw the biggest brown trout I have ever had from the lake! Many things went through my head at the same time, I am using barbless hooks, will it came off, will a knot fail and will James believe that I lost the brown trout he asked for.  Then the blinking thing just exploded!  It ran, and ran again when it came close to the boat – I was afraid to put too much pressure on it, and I was afraid not to put pressure on it in case the barbless hook came out.  After what seemed like a day and a half, the fish was in the net and I then struggled with a dilemma: would I kill it and take it home or should I return it?  It was killed and weighed in at three pounds four ounces.

It was about lunchtime, so I had my lunch and just looked at the fish.  After a while, I noticed that the rising fish had disappeared.  I thought about going down a bit but did not bother and persisted with dries.  For me the day could not get any better and around five thirty the rise restarted and I landed a fine rainbow.  Good: the two fish he asked for.

Dougie Goddard had two, one on a red cruncher and another on a lime yellow boobie.  His boat partner, Allan Brown, had one to a sink tip line and lures.      Trevor Gibson had two; Trev fished a midge tip line and Diawl Bachs using a slow fig-of-8.  Alex Ramsay had two – he used a floater and half hogs and Diawl Bachs.  His boat partner, Bryon Griffiths had three, one on a booby, one on a snatcher, and the last on a buzzer.  He used a floater and fished it static.   Tam Forest had two; he used a midge tip and crunchers.

Len Newby had four on a daddy and his boat partner, Peter Middleton, had two.

John Miller had five, three from Lochend and two from Gateside Bay. John used Daddies, black Shipman’s buzzers and a black hopper.  John’s boat partner, Kenneth Cockburn, had a red-letter day and netted ten fish.  Kenneth used hoppers, emergers and a daddy on dapping floss.  John levy and Jim Walker both had three fish.  Both fished dries in Cages Bay.  David Tyrie and Jimmy McBride fished together.  Both used Static dries and landed eleven fish between them.  Alan Duncan had three fish on dries and his boat partner, Derek Kilgour, netted fourteen fish – he used a floater and static fiery brown hoppers, around Stable Point.The club landed seventy-three fish – seven of which were killed. A rod average of 3.84. 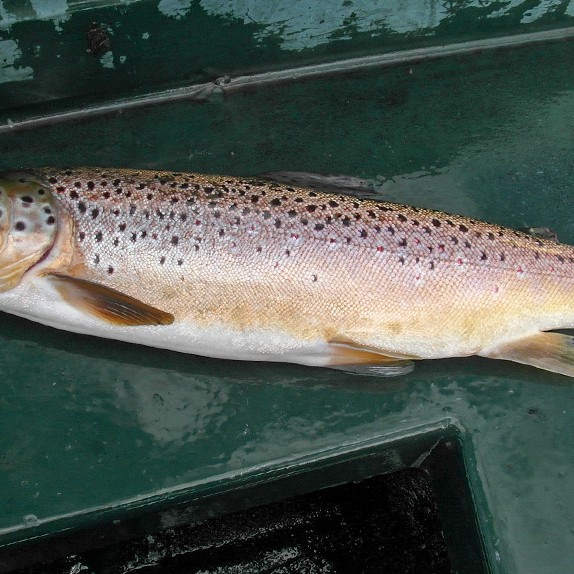 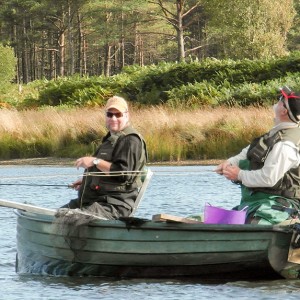