Glencorse refilling after work on dam.  About 10 feet to go at the start of the day…  less by the end of the day, thanks to the remnants of Hurricane Bertha!  Bertha didn’t bring any wind – it was light – even flat at times – the whole day.  But she brought plenty rain.  It was giving it stair rods for a while, mid-afternoon.  Some folk packed in early, which was their loss, as Stewart Barnes and I had our best spell of the day in the last hour – after the worst of the rain passed over.

Stewart and I fished dries all day – not because we reckoned it was the best way to play it – there may have been better tactics – but as always, once it starts raining, you are loathe to open up all your gear and get everything wet, so you tend to stick with what you are doing.  We had 2 good spells, early and late, with a long slow period in between.  Both good spells were up at the shallows of the top end.  I suspect if we had been the only boat up there in the morning it would have lasted longer, but there were 4 boats fishing it, and in such shallow, very clear water, and such a small area with the level still low, the fish were not long in getting their tin helmets on.

We realised, late afternoon, that the top end had been clear of boats for a good couple of hours and reckoned it might be worth another try.  That proved a good move – the fish had taken their helmets off and were open for business again – we had to tear ourselves away from them at lousing time.   The rainbows were absolute toppers – every one we caught was a full-finned resident.
Stewart did the damage with a foam daddy and a yellow owl, while I did best with a fiery brown hopper and claret half-hog.  A half-way decent conversion rate would have given us a good bag!

Best boat of the day was the 10 fish landed by Bob Whyte and Gary Heseltine. They had fish on midge-tip to Diawl Bach, deer hair emerger and booby.  John Miller and Dougie Skedd had all their action in the early spell at the top end.  John washing lined black Diawl Bachs and a yellow FAB on a midge-tip, while Dougie had his fish to static nymphs. 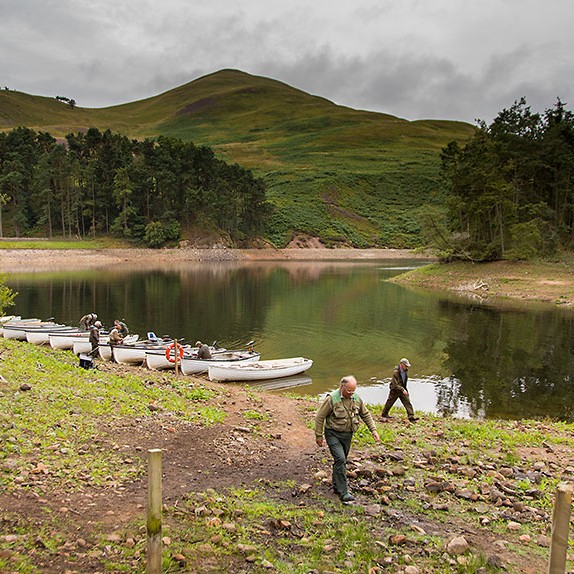 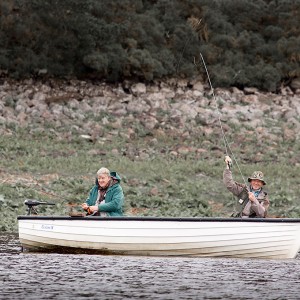 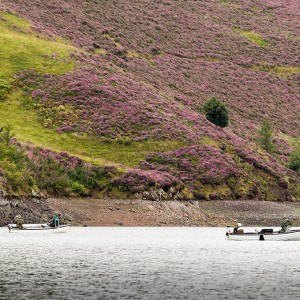 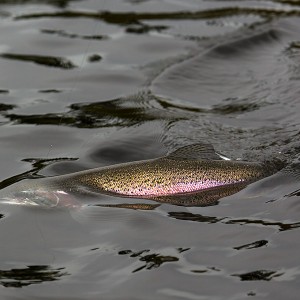 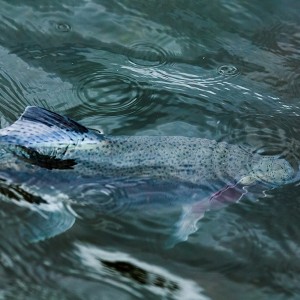 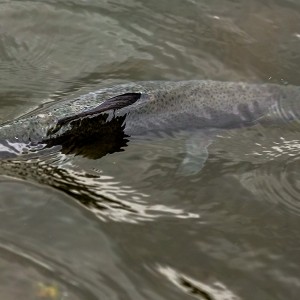 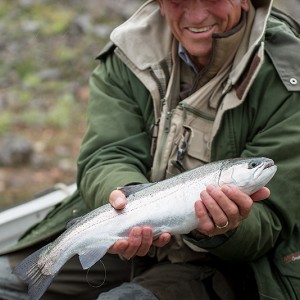