The weather is starting to cool down after the warm spell.  In fact, it was distinctly cool, full stop, yesterday.  I was a layer short of comfy!  The bright spells were quite welcome to put a bit of warmth back into proceedings.  The main feature of the day, however, was the wind.  It was blowing a hooly.  If we had been on a bigger water, we would probably not have got out – it’s not often you see white horses on the 22 acres of Coldingham!  Cats’ paws abounded – we had to wait for a suitable pause between gusts to get a cast out – and we repeatedly had to fetch the recovered fly line back into the boat, after having been blown over the front while retrieving.  It’s a pity that photos never convey wind very well.  Many of the boats spent the day anchored in the relative shelter of home bay, and that was a perfectly understandable strategy.  Fishing success-wise, it worked for some, but not for others.

Bob Whyte and I attempted to try covering the water, drifting with the drogue out.  The problem with that was the drifts were lasting about 2 minutes.  We tried anchoring, but the boat’s anchor couldn’t grip, but dragged, gathering a ton of weed as it went.  However, that gave us a reasonable speed of drift, and we spent most of the day going with it.  We  had a good day.  There were plenty fish on the go, and they were well spread.  We started on nymphy stuff – Bob on a midge-tip and me on a slow glass.  We had a few early fish, mostly to small damsels.  It was notable that takes were coming soon after touch-down, and that the fish were high in the water.  Bob switched to a washing line rig by the simple switch of his tail fly to a coral booby.  This immediately resulted in a series of follows to the booby as it came back along the surface.  We thought with the mood they were in that they might take a dry.  Bob had the other rod set up with dries and picked it up.  Within a few casts he was into a fish.  I changed over to dries (a sedgehog and a foam daddy) and was also soon into a fish.

The next drift we did from the south shore, diagonally across to the boathouse cottage, was amazing.  We must have had 20-odd offers to the dries, landing 4 or 5 fish from them.  When we repeated the drift, the sun came out and we didn’t have a single offer.  Thereafter we continued with dries, catching the odd fish when a cloudy spell came over.  However, action to the dries gradually, er… dried up.  We switched back to nymphy stuff.  I stayed high in the water – floating line and unweighted flies.  After Bob drawing them to the coral booby, I tried an old favourite of mine on the top dropper – an Aylott’s orange.  This worked surprisingly well, hooking 4 or 5 fish in the last hour to a slow figure-of-eight retrieve.

Ed Green and B Griffiths had a good catch of 10 fish to their boat, parked up in the east end of home bay.  They fished small lures on floating lines with a slow figure-of eight.  Tommy Steven and Stewart Barnes fished the dragging anchor method to take 8 for their boat.  Stewart fished the foam daddy, while Tommy concentrated on fishing crunchers on a midge-tip. The Club’s 19 rods landed 45 fish. 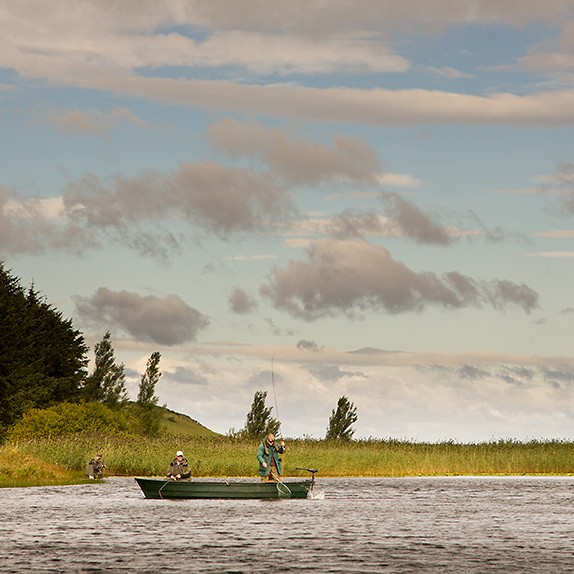 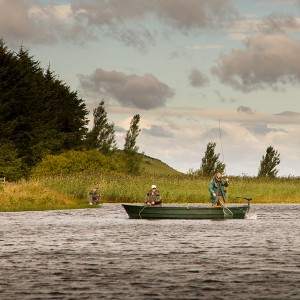 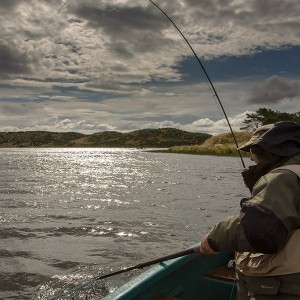 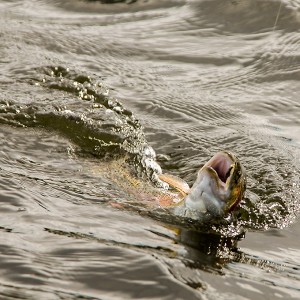 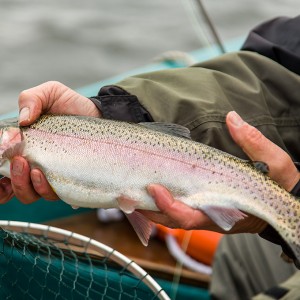 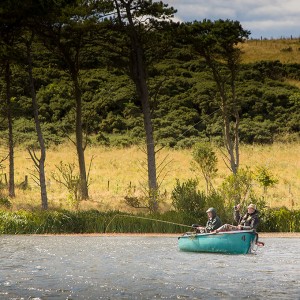 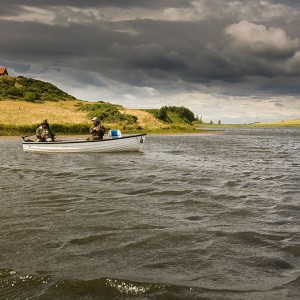 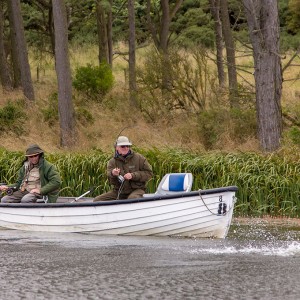