Strange day.  Superb conditions for fishing dries, but a lot of the water seemed quiet, with not much insect life and very few fish showing.  Dougie Goddard and I started down at Lochend, as Dougie had a great day there a couple of weeks previous.  And it looked like a good shout, as Dougie had a fish on the first drift, to his successful tactic of intermediate and cormorants.  I was on dries, and brought up a couple of fish that gave me arsy, swirly, non-committal takes.  A repeat of the drift did nothing.  We moved on – to where I had done well the last couple of times out in July/August – up the Malling shore, Dog Isle way.  That whole area was like pea soup:  green algae all over.  We did see a fish rise in the middle of it – the biggest, jaggiest tail you could ever wish to see – wagged in our faces!

Coming back down, we saw there was a demarcation between the water that was OK and the green – basically everything east of the islands was fine.  We carried on and dropped in for a drift behind Sam’s Point.  All of a sudden it seemed like there were fish coming at the dries left, right and centre.  First problem was we didn’t lay a finger on any of them.  Second problem was the activity only lasted one drift.

We went back down to have another look at Lochend, trying one or two points along the road shore as we went – any place we spotted a rise, really.  Not much doing. There was only one place we hadn’t looked – International Bay and Shear Point.  As we headed for a look it was suddenly apparent that there were quite a few boats fishing the area.  As we got to international bay, here for the first time was more than just an occasional fish showing.  We were on the leccy motor, and I sidled us in, cut it, and coasted… put the flies down on the water, and 5 seconds later a fish took the Adams hopper on the tail, no bother!

It was a little bit late in the day that we realised that this was where the action was and there were fish being caught all around us.  Not that we found it easy after that, but it was certainly easier than it had been elsewhere.

Four of our 7 boats were very consistent:

9 fish to Davie Tyrie and Gary Heseltine (dries) – all over

Top bag of the day by a distance went to Bob Whyte, who landed 12 fish at Shear Point, the majority them coming to a cormorant booby on a midge tip. 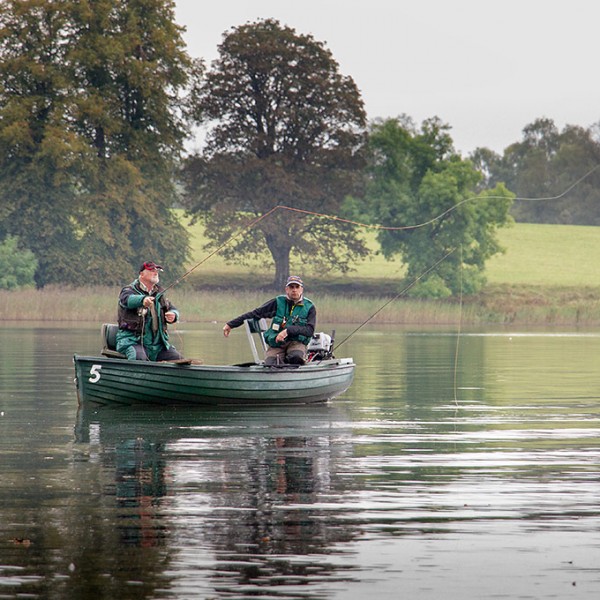 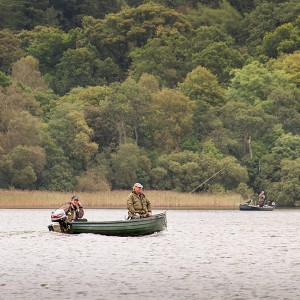 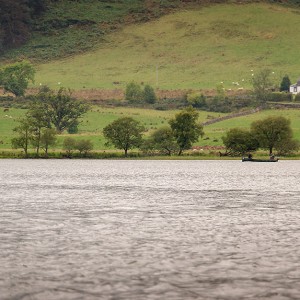 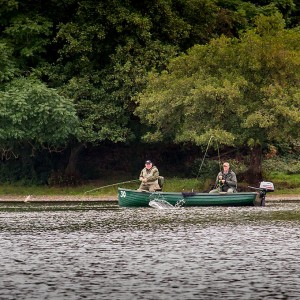 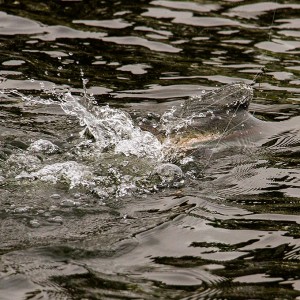 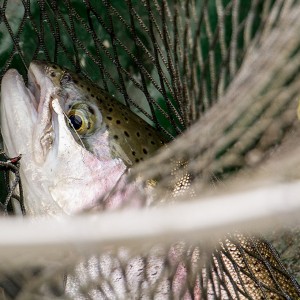 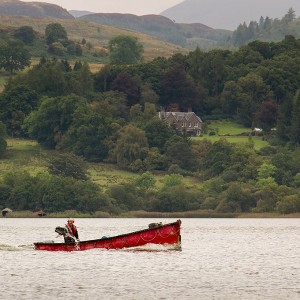