After mild temperatures mid-week, it was decidedly cooler, with a fresh-at-times westerly breeze, and a few showers, interspersed with welcoming sunny intervals.  However, all-in-all, it wasn’t bad conditions for the time of year.  Derek Kilgour and I set out with different approaches – Derek on a 6-foot tip and washing line, and I on a fast glass and nymphy stuff plus a damsel on the tail.  We tried International Bay to start with, but quickly we could see that the other boats there were doing nothing… same as us… and with that we pushed-on.

We crossed over to Chicken-leg, which was catching shelter, and we saw a few buzzers and an occasional rise.  Derek picked-up our first of the day on the cat booby on the tail.  But it was a one-off.  We could see a lot of boats spread across the open water out from the south shore.  We saw an occasional fish being caught, but not many.  We worked our way down the south shore towards Lochend, doing nothing as we went.  We both tried changing lines and tactics, but nothing was of interest to the fish.  The big spread of boats had dispersed by now, telling us they were struggling as well.

Lunchtime, and we were still one fish for the boat.  By now, I was having a pull on a DI-3 and Derek was doing likewise on a fast glass.  We were taking a drift out from the Butts when we noticed a boat come out from the Road Shore and stop half way across to Arnmach.  It seemed an unusual place to start a drift – unless they had been hitting fish from open water, in to the Road Shore.  We watched them and sure enough, they were catching fish.  We also spotted their method – roly-polying.  Neither of us could be arsed doing the roly-poly, but we didn’t mind letting our boat continue out until it reached their water.  Bingo!  As we reached about mid-way over, Derek started catching on the fast-glass.  He had an orange blob on the bob, 2 small Ace-of-Spades on the middle droppers and a black, gold-head Howwood on the tail.

At this stage I was still doing nothing on the DI-3.  The thing was… To get down to the right depth, Derek was slow figure-of-eighting for the first third of the retrieve to get deeper, then switching to pulling and the fish were taking him in the first few pulls.  He felt he should be on the DI-3 and was wasting the first third of the retrieve.  However, he was the one catching while I was getting nothing during the retrieve of the DI-3.  My first 2 fish came when hanging the flies at the end.  We reached Kate’s Brae and seemed to run out of the fish as we neared the shore.

We went back up and repeated the drift.  Still, Derek was sconing the fish with his adapted retrieve on the fast glass, while I struggled to make much of them with the DI-3.  Derek still felt he should be on the DI-3, while finally I felt I just had to change to the fast glass and put a weighted tail fly on.  I made the change, and started copying Derek’s retrieve pattern.  But still, Derek was catching on the pulling part, and I was only getting fish coming on the hang.  But at least I was getting a few on the hang!  We repeated the drift several more times, catching fish on every drift.  Interestingly, we did one where the wind had changed a bit and our line took us about 200 yards north.  This time we did hit fish close to shore – probably coming off the deeper water.  The red line on the depth map shows the main drift we were repeating.  The line of fish may have been lying over shallower, 10-11 foot water between the deep (30-50 foot) water to the north and the slightly deeper (15 foot or so) water to the south.

It was on that more northerly drift that Derek suddenly stopped catching, and I had a wee golden spell…  but still getting them on the hang.  Derek finally decided he wanted to be on the DI-3 and he made the change.  Sure enough – the line I had given-up on worked a treat for him and he was straight back into fish – though the first 5 that he hooked on it all fell off after 2 seconds for some bizarre reason.

We carried on until the clock ran out on us.  Derek finished on 20, a full 8 fish clear of the field!

The stories from the other 5 boats were very mixed.  It seems everyone had the same struggle in the morning, and then it was a case of whether they found some afternoon action the way we had stumbled across ours, or if not, it was slim-pickens!

Keith Logan and Matt Wolstenholme were best of the rest, with 16 to the boat, most of them coming late in the day at Reedy Bay.  Dougie Skedd had 8 fish to tadpoles on fast glass. 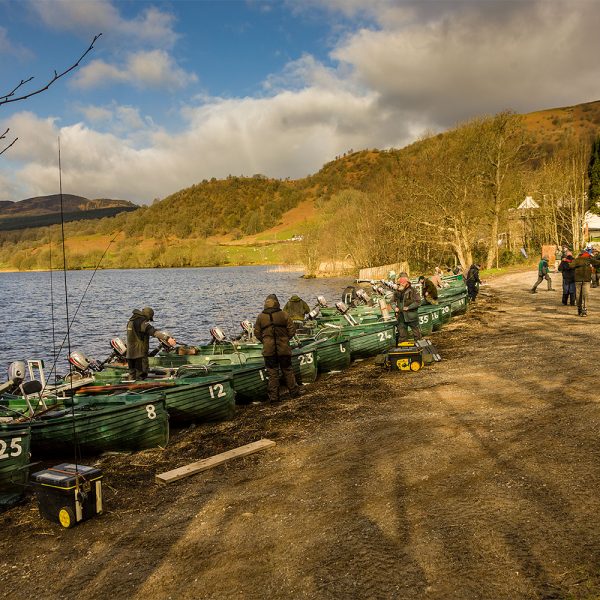 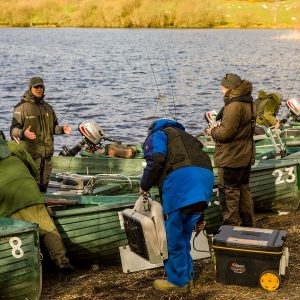 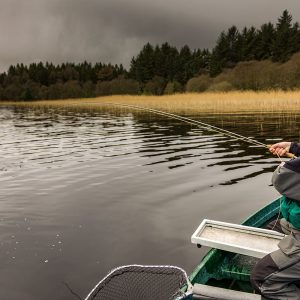 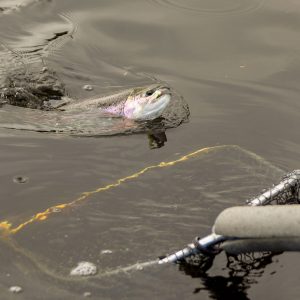 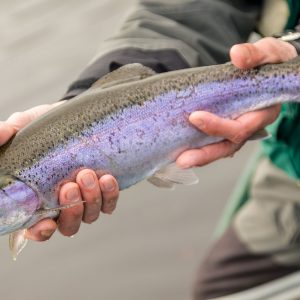 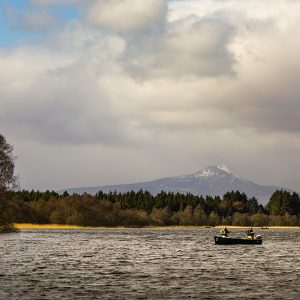 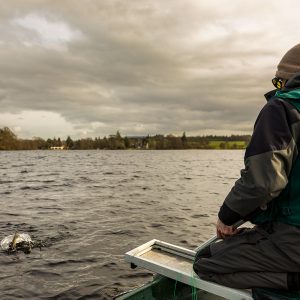 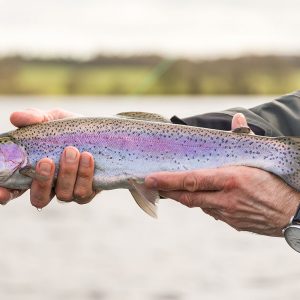 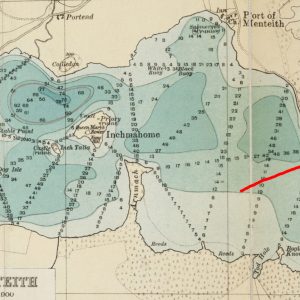 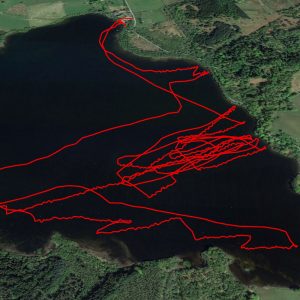