A reasonable day, conditions-wise – a tad wet at times, but nice breeze out the south-west and good overhead.  It was flat calm, tackling up, which prompted me to start on dries, but before we even got on the water, a breeze had got up.  Nevertheless, I had a look from a fish first cast, so I persevered.  That look turned out to be a red herring, as I was doing nothing thereafter.  Hardly surprising, as the water surface was unblemished by insect matter.

We had started in the big bay at the dog-leg, as had Gary Heseltine, out on his own.  We were seeing Gary catching regularly, figure-of-eighting, so, to keep it simple, I just took the dries off and replaced them with nymphs, slow figure-of-eighting them.  This was good enough to catch the first couple of fish – to Diawl Bachs – though it went a bit quiet after that.  My boat partner, Steve Kilpatrick, was getting interest to a bibio hopper, pulled back on a floater – with one landed and a couple lost.  Soon that went quiet as well.  Steve put a damsel with a bit of weight on the tail.  That caught a fish.  I followed suit, and sure enough, I had one on the damsel too.  Again, it went a bit quiet on us, and we tried a grand tour of the water – see our GPS trace!

Along the way we picked up a fish each.  As the day wore on, we were starting to see the occasional rise and, as we were hardly setting the heather on fire, we both went on to dries.  That turned out to be a decent move, as we had our last few fish to them, including a couple to a black hopper.

Gary’s successful tactic that had him catching right from the start was a washing line set-up – intermediate, with a booby on the tail, plus a cormorant and 2 Kate McLarens.  Keith Logan had a good bag, also to a washing line, but a floater & ghost-tip.  Fish came to cormorants and a cat booby.  Dougie Skedd stayed on dries all day to take his fish to black Klinkhamer, as did John Wastle, who put a bag together on black and claret half-hogs.  Best bag of the day went to Derek Kilgour, who landed 16 fish to a black Howwood and a squirmy wormy (tut-tut!), fished on a 10 ft midge-tip, figure-of-eighted, mostly at the top end of the water. 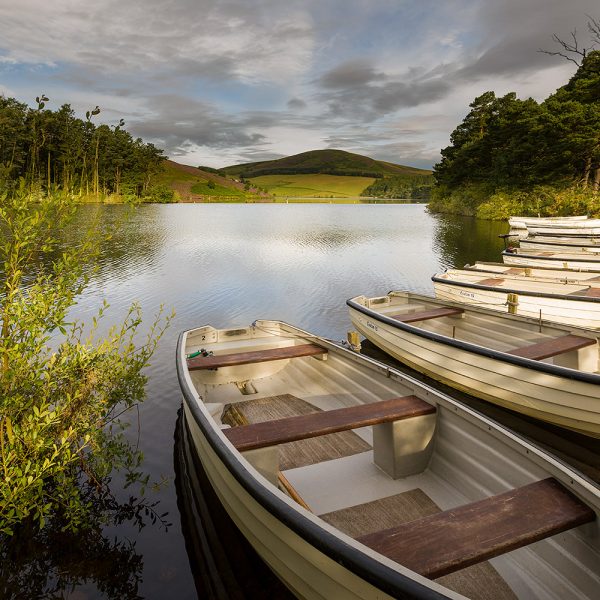 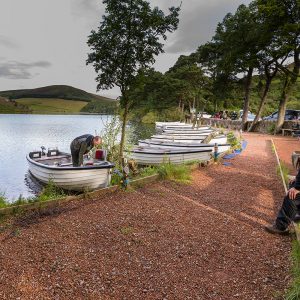 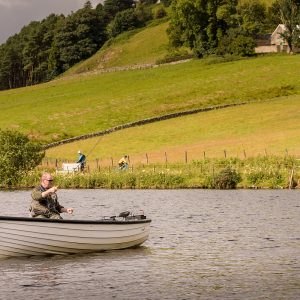 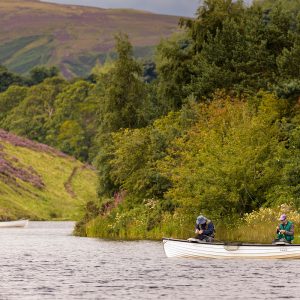 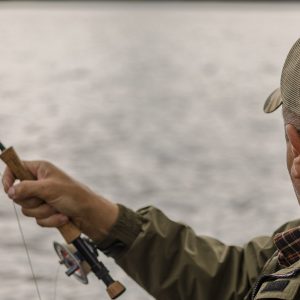 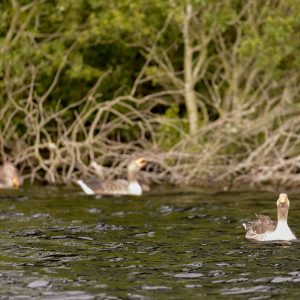 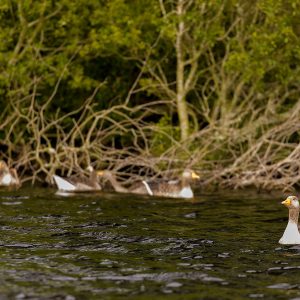 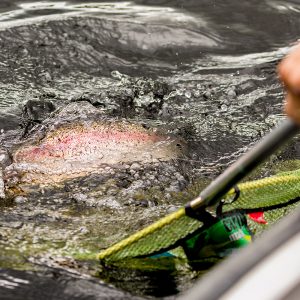 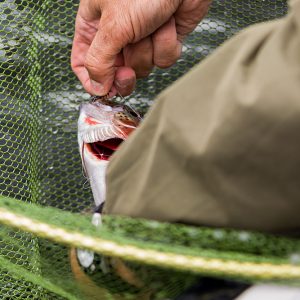 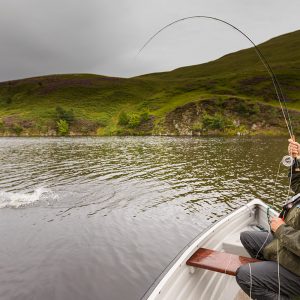 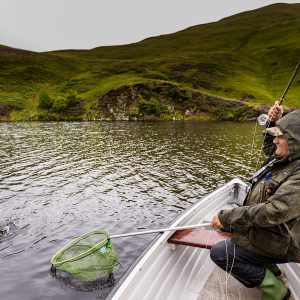 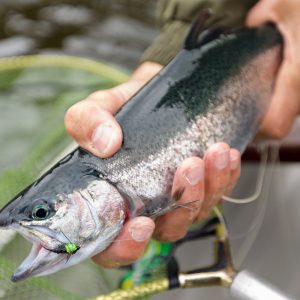