A cracker of a day, conditions-wise.  We were hoping for good surface activity, but after a few early fish were seen rising in the home area to tiny black scrot, it didn’t materialise until very late in the day.  That didn’t stop me from spending most of the day fishing dries.  Bob Whyte, my boat partner, sensibly went downstairs and got tuned-in on a DI-5 with a booby on the tail.  Most others seemed to get going with booby rigs on various lines.  I didn’t even have a booby with me, having left my box at home… as well as all my fast-sinking lines – one reason I stayed on dries most of the day.  I did get a few assorted looks and half-hearted offers from rainbows, and caught a couple of wee browns.  Only late in the day did the rainbows make a bit more effort, and I landed one out-the-blue and another from a cover, to black hopper and black half-hog.  By this time, Bob had put a good bag together, taking 7 rainbows of very good quality, mostly using a figure-of-eight retrieve.

Best boat by a distance was Derek Kilgour and Gary Heseltine, with 15.  Gary had 9 of them, using a washing line of two boobies with 2 Kate McLarens inbetween.  Derek had most of his to a Black Howwood on a 10 foot midge-tip.

Allan Brown and Peter Fionda shared 7 fish, mostly to sink-tip line, with the successful patterns including FAB cat’s whisker, booby and damsel.  Stewart Barnes and Bryan Griffiths also shared 7, with Stewart catching his on a dry daddy, while Bryan went the other way, using a booby on a DI-7. 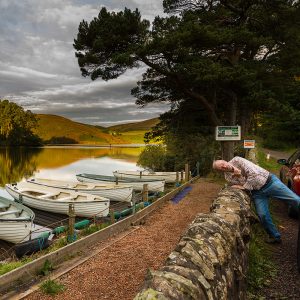 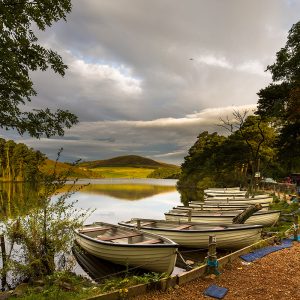 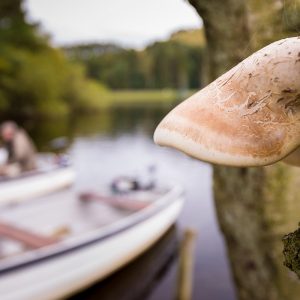 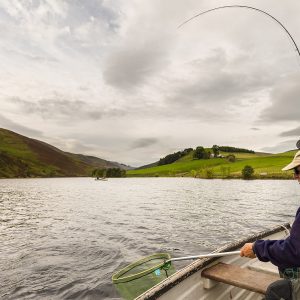 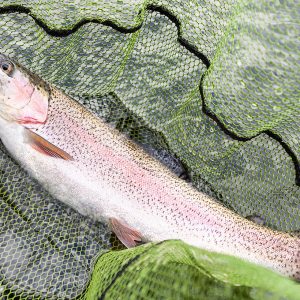 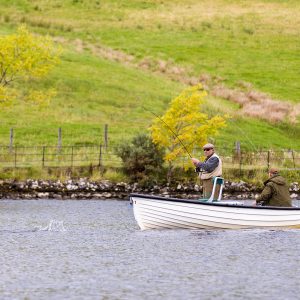 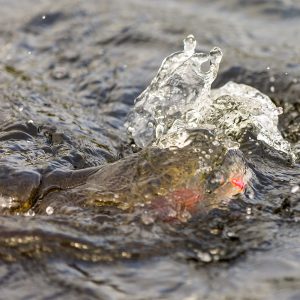 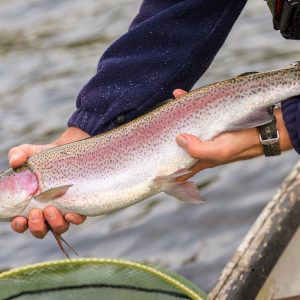 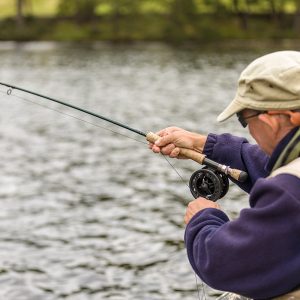 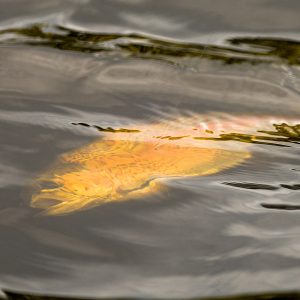 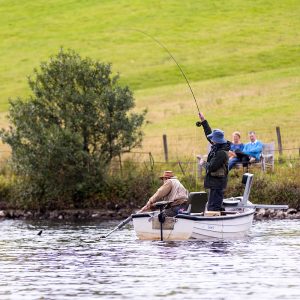 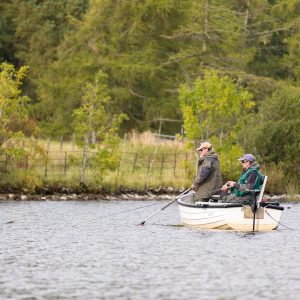 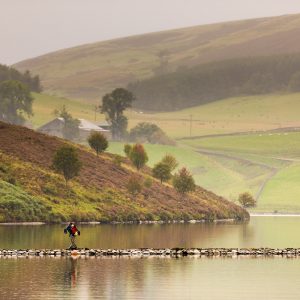 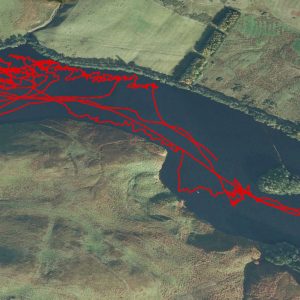