The forecast on Saturday night looked good – calm, possibly even flat calm, with reasonable cloud cover.  However, we arrived on Sunday morning to cold and breezy, and not a cloud in the sky!  To make matters worse, Gareth informed us fishing had been really tough recently.  Ah well!  Nothing ventured and all that, Stewart Barnes and I both tackled up with dries – though I went with the hybrid set-up of 3 sedge-hogs on fluorocarbon.  As the wind was westerly, we took the boat up to the top of the arm, and let it drift all the way back down… for not an offer between us.

We both came off the dries and gave nymphs a go.  As we neared Swingate Bay, we passed Derek Kilgour and watched him first lose a fish, and then land a fish.  Derek was sitting at anchor.  He told us the fish was on a damsel on a midge-tip.  Stewart and I decided we would try an anchorage off the east shore high bank.  We dropped anchor in what seemed like 100 foot of water, but it gave us the chance to cast towards the shallows.  I simply took my dries off, attached a slow-sink polyleader to my floating line, and put on 2 Diawl Bachs and a GH damsel on the tail and gave this rig a slow-figure-of-eight.  Meanwhile, Stewart went with an intermediate line and similarish flies.

Stewart was straight into fish, landing the first 2 of the day to a damsel and a cormorant.  At the other end of the boat I started getting jerky tugs – I reckon a sign of fish taking the Diawls confidently, and then panicking on feeling the leader start to tighten.  I must have missed half a dozen or so of these before I stuck to a couple.  Sure enough, they were on the Diawls.  I also had one hang on to the damsel after following it up at the end of the retrieve.  Stewart added a third, giving us 3-apiece, when it all went dead.  The boats around us had been catching when we had been catching, but now they all went quiet as well.

We tried a few diferent things after that, none of which worked.  However, a bit of cloud was bubbling up, and the breeze was dropping.  One or two flies were appearing and one or two rises were being spotted.  We decided to go back on the dries.  I put up a couple of size 12 hoppers – black and Adams.  Before we had even lifted the anchor, a fish rose in front of me, and a cover was taken confidently, producing a nice resident fish.  After we went on the drift it was slow-going.  We ought to have been seeing more rises and the offers we were getting were few, and half-hearted, non-committal affairs.  However, one more cover, which produced another nice resident, and a violent out-the-blue grab of the fly, produced 2 more to the hoppers before the end of the day.

Catches were quite low across the board, with a couple of blanks recorded.  Keith Logan had 5 rainbows and a brown to various tactics, including washing line (candy booby, red holo cormorant) and dries (CDC).  Derek Kilgour had 4 to various tactics, including booby (on a DI-7) and damsel and blodworm (on midge-tip).  Bob Whyte had 3 to small black spiders, fished deep on a DI-7.  John Langton had 3 to an orange dancer on a DI-3.  Matt Wolstenholme had 3 to booby and buzzer. 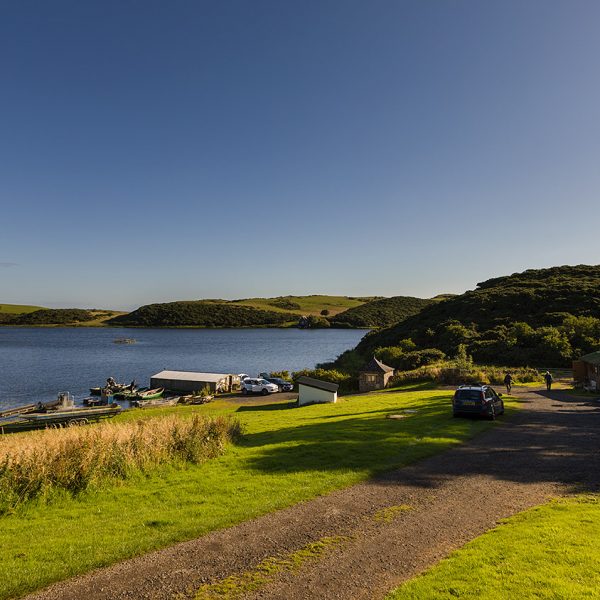 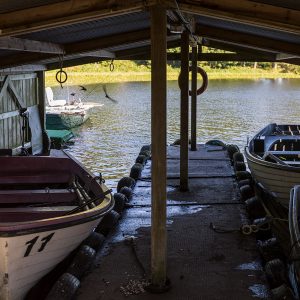 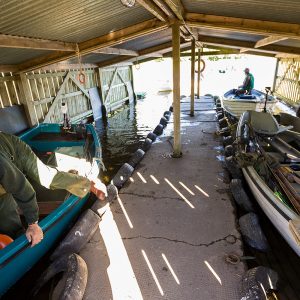 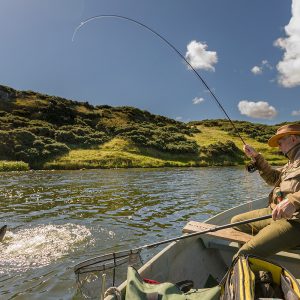 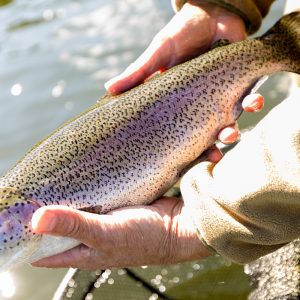 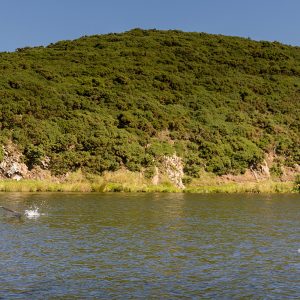 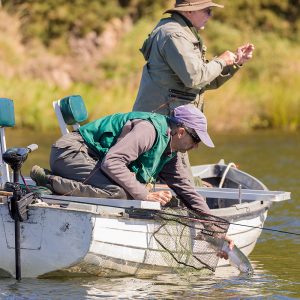 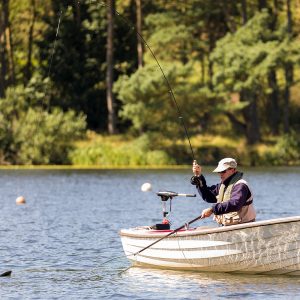 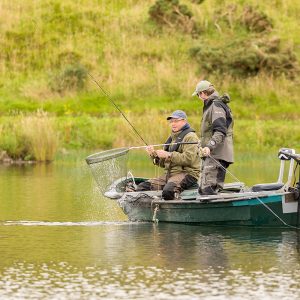