After a bit of a heatwave during the week, the conditions turned out a lot cooler than most of us were expecting.  However, they were pretty decent – a moderate southerly breeze and good cloud cover for most of the day.  Ed Green and I started out on sedgey dries, having seen sedges in evidence, and spotting fish rising near the head of the breeze.  And, after a couple of early missed offers, I hooked into a hot fish that I had covered under my rod tip.  It bolted away from the boat, stripping all my loose fly line up off the boards in a couple of seconds flat… only for the last few inches to catch on the handle of the reel.  PING!

After I had tied up a new leader and replaced the 2 lost flies, I joined Ed in finding that the fish had suddenly turned arsy and were giving us fresh-air shots.  We both had a dose of it, and as we tried to get on terms with them, we found the risers were getting more and more restricted to the head of the wind.  This gave us a dilemma – fish the bigger flies that were a bit too big for calm at the head of the wind, or swiitch to somethig better suited, but which became unsuitable for fishing blind, when we drifted out into the wave.  We tried both, and I landed a couple of fish, one to each rig, plus a fish lost, and a couple jagged, but still the takes were nearly all fresh-air shots.  We tried anchoring at the head of the wind so that we could concentrate on the risers with smaller stuff, but of course the presentation doesn’t match the drift of the naturals, and still the offers were being missed.

The sedges petered out too, and only the odd small buzzer was in evidence.  The sand martins were working the water, and it was one of those days where they were tuning on on our flies – most coming for a look, but realising late that it wasn’t real… except for one that was fooled by Bob Whyte’s hanging dropper fly when he was playing a fish on the tail.  Fortunately the wee chap was OK, and flew off, none the worse for his ordeal.

It was in the back of my mind – should we go for a drift right across the middle – but any time we drifted away from the head of the wind, we seemed to be out of fish and drifting dead water.  Our fault for being unadventurous – by a country mile the best boat of the day was Davie Tyrie and Keith Logan – and they caught their fish drifting out in the middle.  They had been getting the same arsy takes as us at the head of the wind… until they went to go back up and had engine problems.  As they drifted on out, they had a solid take.  That led them to carry on… and the rest is history.  They landed 21 fish between them, to orange and tan daddies daddy-hog and CDC, some static, some figure-of-eighted.

Among the other rods, Bob Whyte, Tam Forrest and Eric Singer all had 4 fish.  Bob was getting the same missed takes to dries until he put a nymph on under his dries and it worked a treat.Tam was on a figure-of-eighted midge-tip with orange blob and Diawl Bach, while Eric fished a tan daddy.  Bryan Griffiths landed 6 to floating line and static presentation, 4 of them to a Greenwell.  Gary Heseltine had 6 to yellow owls along the south shoreline and A. Davidson landed 7 on CDCs. 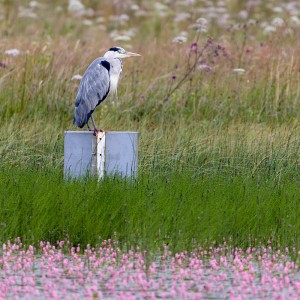 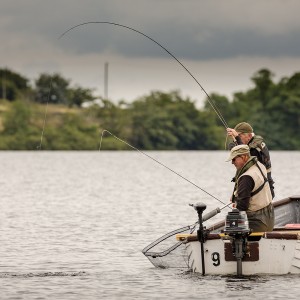 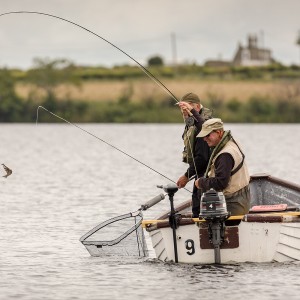 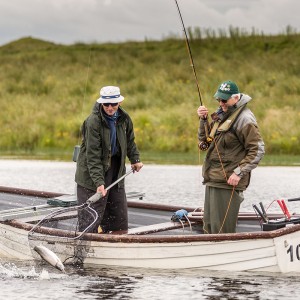 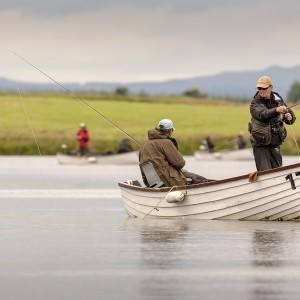 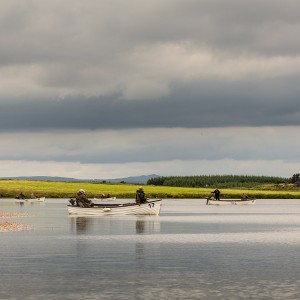 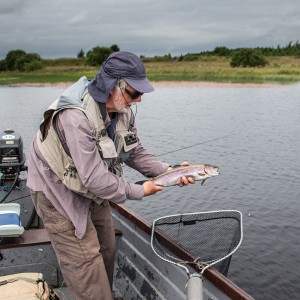 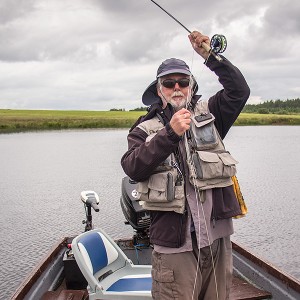