At last, a half-decent day of conditions on Coldingham – albeit decidedly cool in the morning, given recent temperatures.  The water was carrying a lot of Volvox algae, making it look a bit like the Olympic diving pool, but it was not bad enough to stop the fish from seeing the flies we offered them.

As the breeze (a bit more than we were expecting) was westerly, Bob Whyte and I took the boat up to the top of the west arm and drifted the length of the loch to get an idea of what was doing.  We both started on a pair of dries.  Not much rising up the top of the arm, and only one take – a nice head and tail ‘out the blue’ that took my tail fly, a black hopper, down.  I lifted – into nothing but fresh air (a portent of things to come!).

As we got down into the main basin, we could see Derek Kilgour and Keith Logan catching fish regularly on dries, so I went back to my original set-up.  Sure enough, we started seeing rising fish out in the middle of the basin.  We didn’t get much of a handle on what they were rising to – not much on the water until quite late in the day when a few sedges put in an appearance.  As we attempted to tune-in to the risers, we started getting a mixture of fresh-air shots and fish swirling under the flies without taking them down.  This continued… and continued.  We tried a change of fly – and another change – going smaller, trying different footprints… only occasionally did an offer convert into a fish hooked.  As the day progressed, only Derek was converting a decent number of offers – and he reported the same issue with missing loads in order to convert one.  However, when everyone is literally missing dozens of offers, a tiny difference in conversion rate results in a big difference in total landed.

One obfuscating factor was that the water was full of small stockie brownies.  These were also going at our dries, and being small – mostly 8-10 inches, a lot were trying but missing them.  An equal number were not missing them, however, and many of these small fish were landed, but were not included in the catch returns.

As the afternoon wore-on, conditions improved further, with the breeze falling light and a bit of welcome warmth arriving.  The risers were coming and going – but really all very oncey, and covering rises wasn’t getting much response from them.  The OTB jobs continued to infuriate… watching your fly… seeing the mouth come out the water and close on it… watching it go down with the fly… lifting… and not even touching the fish… again and again and again…

Just about the time that Derek went off the boil, around 2 o’clock, Bob and I had our best spell with the rainbows.  By this time I had tuned-in to getting a marginally better response to an F-fly profile, and I was on a size 14 candy-stripe and a 12 sooty olive one.  Not that it was a perfect answer or anything close to one – just better than anything else I had been on, and so I stuck with them for the rest of the afternoon.  Bob was similarish by now – using a Shipmans and an F-fly.  We tailed-off a bit ourselves over the last hour of the day – but we can’t have any complaints about the amount of sport we had!

Derek finished on 14 rainbows, his best 2 patterns being a loop-wing CDC and a quill shuttlecock.  Keith Logan had 8 rainbows and a brownie in the 3 lb class on dry sedge and CDCs.  Stewart Barnes had 5 rainbows to various CDCs. 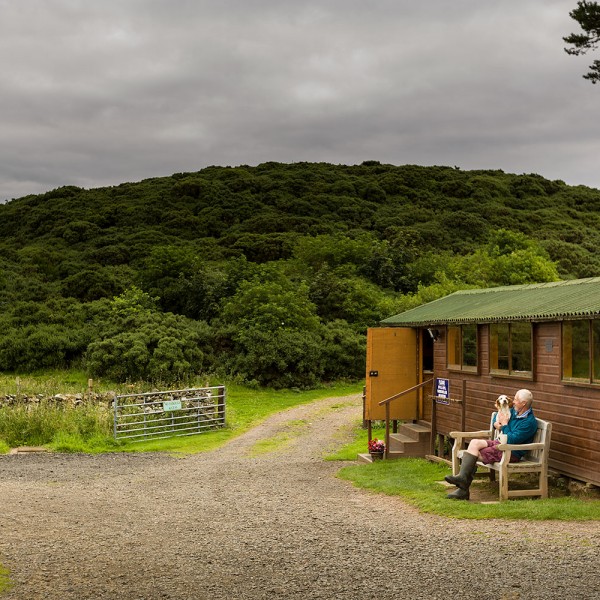 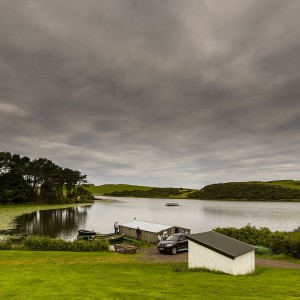 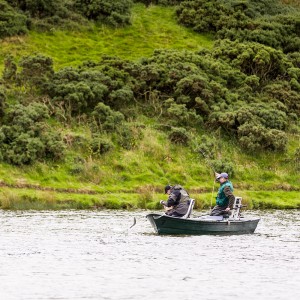 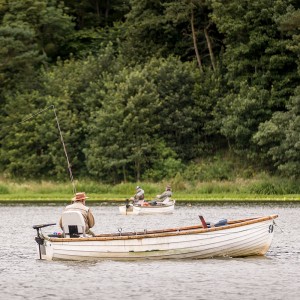 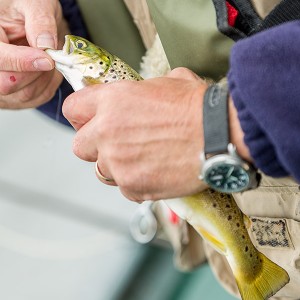 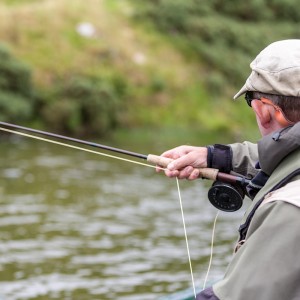 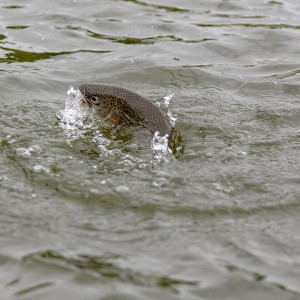 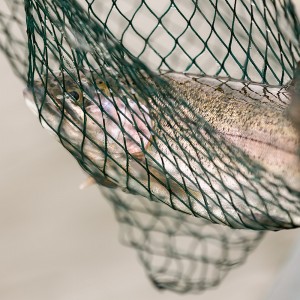 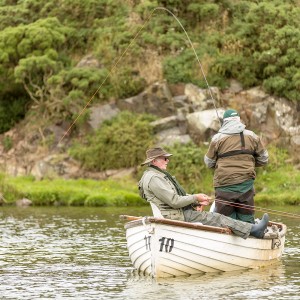 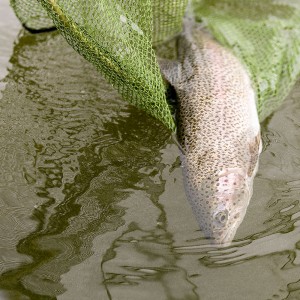 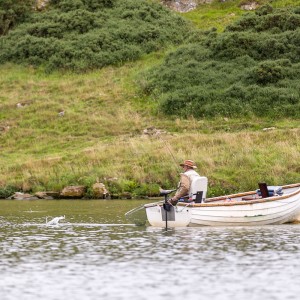