The forecast made out it was going to be a good day, weather-wise: light showers, and a light breeze. The reality was somewhat different: bright brassy sunshine for the most part, and a stoory, swirly wind that couldn’t seem to make up its mind what direction it wanted to come from.

Eric Singer and I started out on dries until we got a feel for what was happening. The early answer was that dries were a decent bet, and we landed several fish in the first hour or so, with a few more jagged. It was a case of drifting the main bowl, taking in the north shore and Swing-gate Bay. Though there was no evidence of heather flies about (or anything much in the way of meat on the water), we were getting them on pearly-winged heather flies.

After an hour or so, the sun was high, the activity diminished, and a couple of blank drifts had us thinking again. The wind was particularly annoying about this time, so we took an anchorage in the shelter of the home bay and had a go with nymphing tactics. That was good enough to add 3 more to our total, plus a few missed chances, mostly to a mini black tadpole. About that time we could see Jamie Tocher getting into a super spell on the east shore – it seemed his rod was bent every time we looked over.

Our nymphy action eventually went quiet, but by now we were seeing the odd rise again. We were seeing black gnats on the water, and reckoned that was the source of the fishes’ attention. We upped sticks, went back on the dries and tucked in behind the cages, where we were seeing the majority of the rises. That gave us a frantic spell, when we were throwing at fish every cast. We didn’t bother to change flies – the gnats were 16s, while we were on 12s. They didn’t seem too bothered. The only thing that mattered was to get the leader sunk.

All too quickly that spell finished, as the supply of gnats ran out. We went for the grand tour, and took in the west arm – not a huge amount happening there. As we worked our way back down to the main bowl, the weather changed, and suddenly we had perfect conditions. But where were the fish??? Give them a minute though, and sure enough there they were. Loads of them… So, now we had fish rising, but whereas the earlier fish had been easy targets, these guys were altogether much more tricky. A look at the surface of the water showed some decent sized flies of a buffy colour, plus sedges. Nothing too tricky, you would think. I changed away from blacks to a hare’s ear Klink and an Adams hopper. Not the answer.

Too late. The ref blew his whistle and we were off. I would have loved to have had another hour to try to work out what those guys were on. Oh well…

Jamie Tocher and Trevor Gibson boated 11 to figure-of-eighted nymphs on floating line, with Jamie’s sparse pheasant tail nymph their stand-out pattern. Bob Whyte and guest David Bertram had 10 to a mix of dries and nymphs, while Ed Green and Tommy Steven had 9 to dry heather flies up the top end. 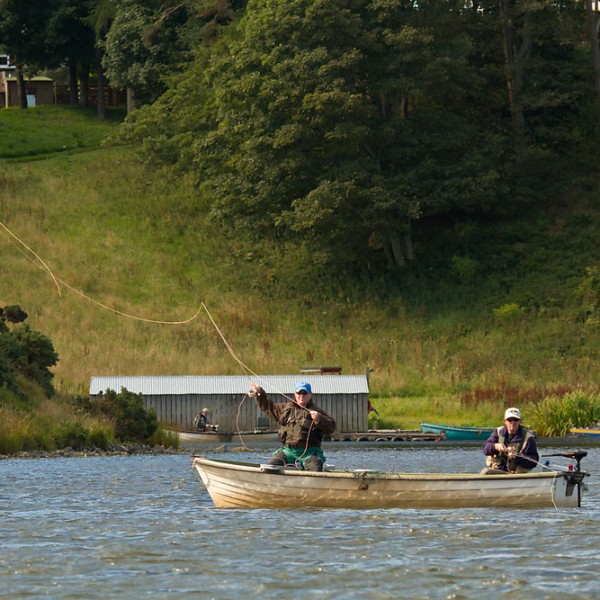 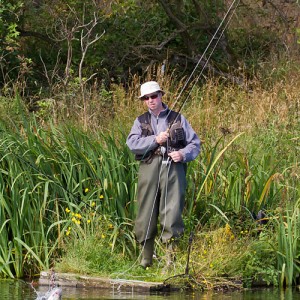 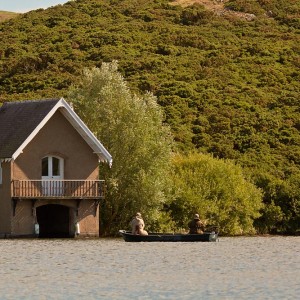 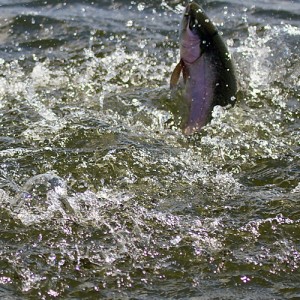 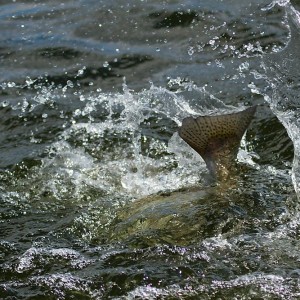 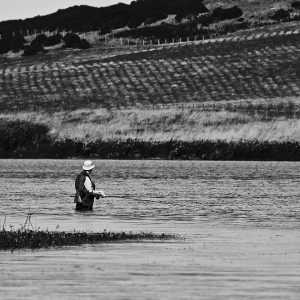 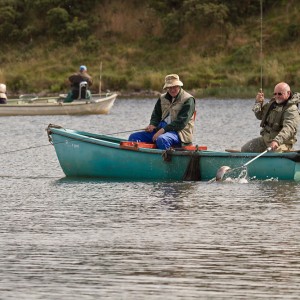 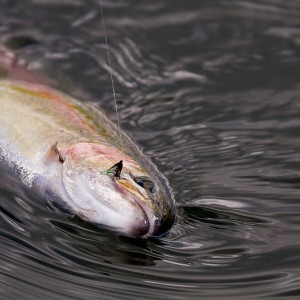 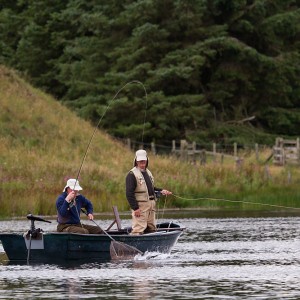 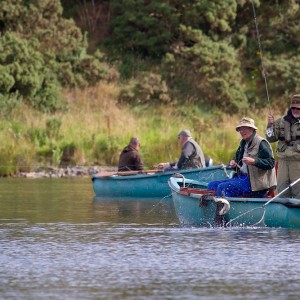 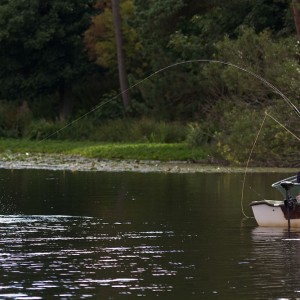 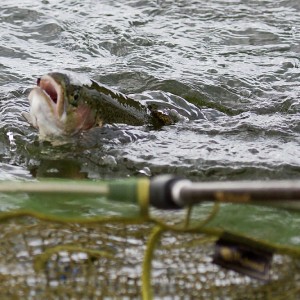 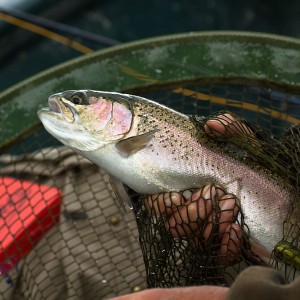