None of us knew what to expect weather-wise. The forecasters had promised everything from bright sun to constant rain, with winds anything from ‘light and variable’ to 17 mph westerlies! What we got early was calmish with some showers, warm and muggy – very nice fishing conditions. However, that gave way after an hour or so to bright brassy sunshine with freshening westerlies. Bar steward!

Ken McLean and I had both set up with dries (as we do), and Quint told us that Alan Hill had been getting them on dries in Gateside during the week. So, with a very light south easterly at that time to play with, we reckoned it would give us a drift into the bay, and we headed up. The only problem with Gateside is if the armada decide to descend on it, but we could see it assembling out from shear point for reasons best known to the Spanish navy, so we headed on up. When we arrived at Gateside, there was only one other boat fishing the west shore, so we headed in. After settling, we started spotting the odd oncer rise in the corner just outside the rope. We sneaked up on them on the leccy and presented our flies for their inspection. Presently we started to get a bit interest and to put a fish or two in the boat. Ken had a couple on a black bits and a ginger hopper, while I had a couple to a pearly-winged heather fly (though we never saw a real heather all day).

The other boat was catching with a nymphy approach. All was going nicely. Unfortunately, the shear point thing must have been a bum steer, as the armada arrived shortly after, muscled their way in to our corner and as good as pushed us out. Not that there was any point in trying to stay there and fish dries after they had all barged in and put the risers down anyway. To rub salt in the wound, they started sconing the fish on their twiddling tactics, so that was going to be them rooted to the spot for the foreseeable future. We left.

The problem with looking elsewhere was that we couldn’t find any fish! The sun certainly didn’t help, and the freshening wind knocked a few degrees off the temperature, which probably didn’t help either. We tried the plantation, the heronry, International bay, road shore, Kate’s brae, lochend, the butts – all without an offer. We had given up on dries and were trying assorted pulling tactics, but all to absolutely no avail. We ran into Dougie Skedd and Alan Duncan mid afternoon. Their story was remarkably similar to ours. They had taken 7 fish by 11 a.m., in reedy bay to a complete smorgasbord of tactics and patterns. And after that, they had not had an offer.

It occurred to me that the reedy bay – hotel bay area often comes on again late in the day, so with nothing to lose, we went over for the last hour (we were off the water at 5.30). At first nothing, but as we passed a small inlet in the reeds a fish rose out to my left – first rise we had seen all afternoon. I was fishing nymphs on a floater and chucked them over the rise. Bingo – he took the Diawl bach on the bob. It had gone 5 o’clock by now. Ken was back on dries, and 2 minutes later he was into a fish. We both missed a chance soon after that. It was 5.15 now and most of the boats had gone in. Dare we go back round and give the wee inlet another go? Of course! At 5.20 Ken got another on dries, and at 5.25, last cast, I got one to a black nymph! We even made it to the beach for 5.30!

It’s amazing how a wee late rescue job changes your whole perspective on the day – we both came off feeling like it had been a decent day! Our 4-apiece turned out to be a bit of a default total for our boys. Dougie and Alan finished likewise, as did Ed Green, who took his fish on the Kelly green at Kate’s brae. Best bag went to Trevor, who didn’t mind mixing it with the armada in Gateside, where he took 8 on a 3 ft midge tip washing line set-up. most of his fish came to an all black Diawl bach with a red holo flash-back.

Horrible light for photography after the initial spell, so not many taken. The photos include a couple of a guillemot. Normally a sea bird, it is not unusual to see them on the Lake at this time of year – 20 miles from the nearest salt water. 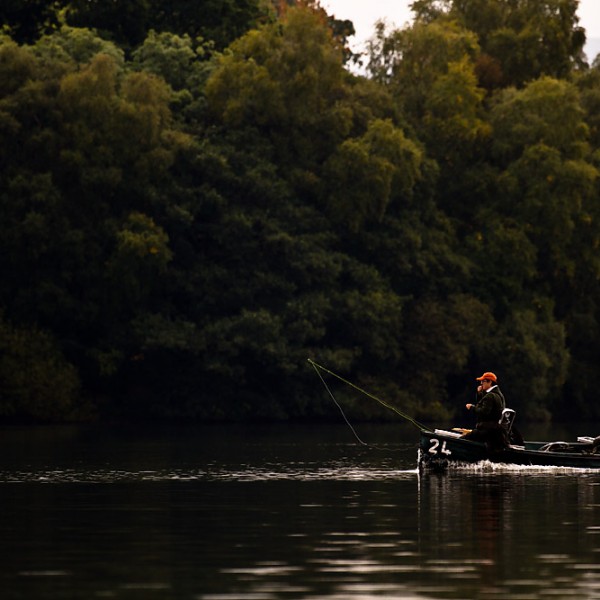 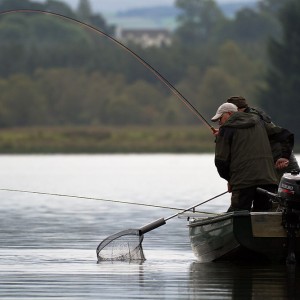 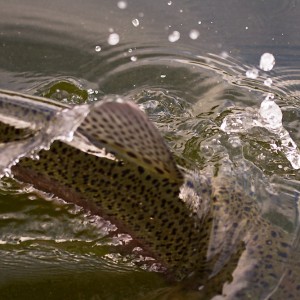 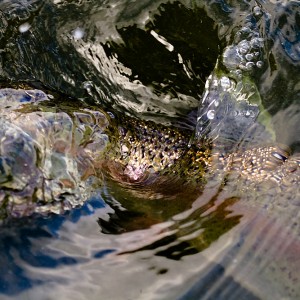 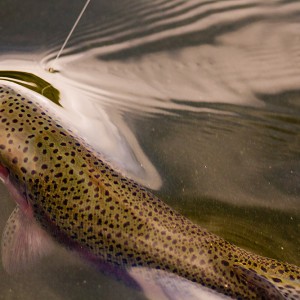 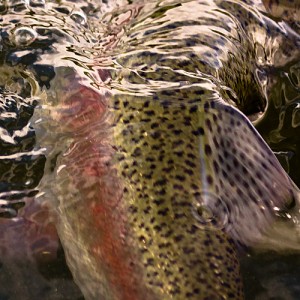 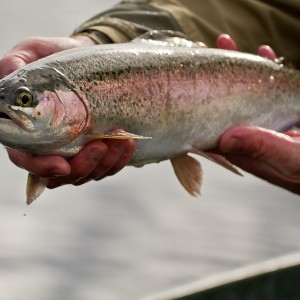 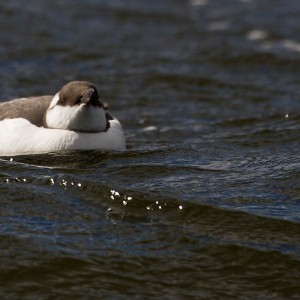 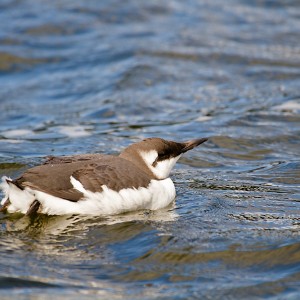 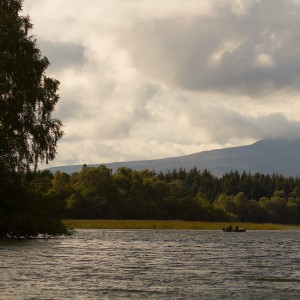