First Outing to Coldingham since the new management team of Carmel Kennedy and Gareth Taylor took over.  We were made most welcome and were pleased to see that the quality of the fishing was up to the high standard that we have become used to as this most picturesque water.

The one thing we struggle to get at Coldingham is good conditions.  It looked at the start that this might be the day when it all went right – it was calm it was quite mild, it was nicely overcast.  A look across the water revealed fish rising in good numbers.  Yum!  I tackled up with dries, only for a cool breeze to get up before we even got out on the water.  Hey ho…  The fish had disappeared by the time we got out, so I took Jamie Tocher up to the top end of the west arm, looking for shelter.

The only bit of calm was tight to the lily bed, but here were a couple of fish rising.  First cast – a fish covered, a nice supping take, and a fish landed.  Good start.  Jamie had started on a washing line rig of 2 buzzers with a FAB on the tail.  He wasn’t long in getting a fish – on the FAB.  He missed another couple soon after, but the productive area was so small the fish soon had their tin lemets on and we made our way down the water.

We spoke to Derek Kilgour, out on his own.  He had started in the area where the fish had been rising – across the deep water of the main bowl.  They had come back on the go and he had had some great sport to dries.  They had gone off and Derek had switched to nymphing at anchor.  We joined him and I put up the second rod with a team of buzzers.  We all picked up fish, but we were also seeing fish rising again, out towards the buoys.

The temptation was too much and both our boats went out to have a go at them with dries.  The fish were both keen and tricky in a strange sort of way.  It was difficult to see what they were on.  Scrotty wee buzzers were in evidence, with the odd splashy rise, the latter probably due to cowdungs, which we spotted on the water.

The fish went off as the wind picked up.  We went back to nymphing.  Derek continued to catch to flashback melanistic Cove PTN, while Jamie continued with the FAB and I seemed to be getting everything to hare’s ear patterns.  We could see Trevor and Dave Betram anchored off the east shore drop-off, and they had a superb spell with Dave on midge tip line and FAB, and Trevor on his favourite buzzer ‘n bung rig. 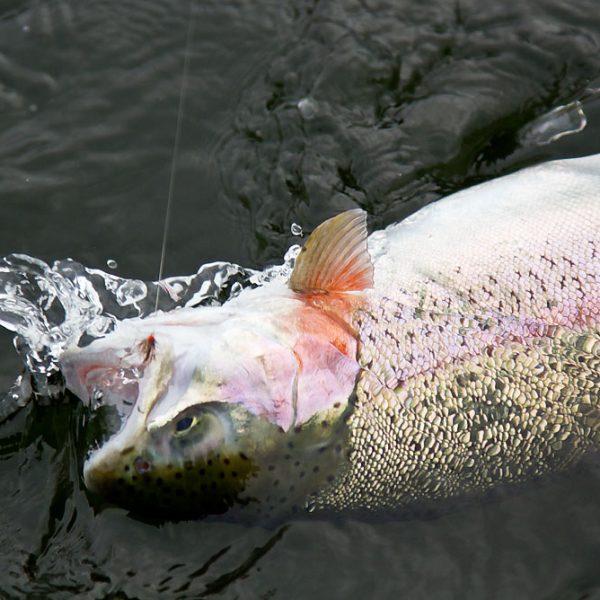 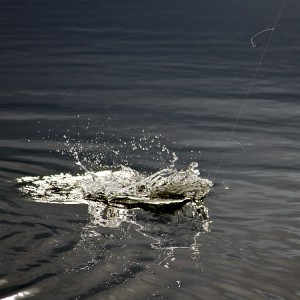 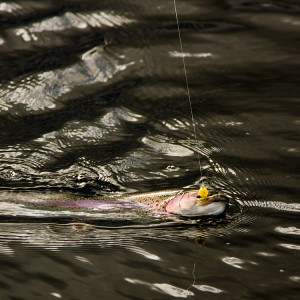 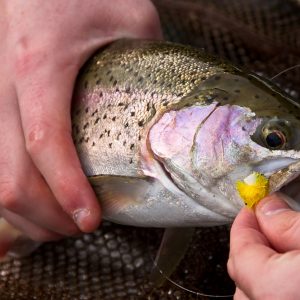 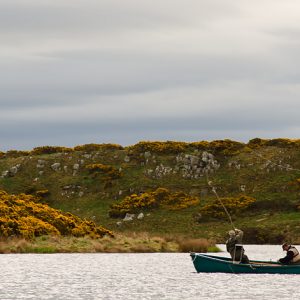 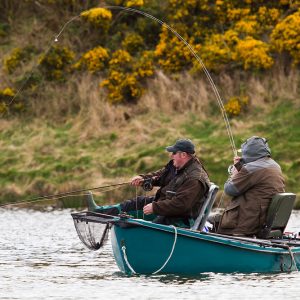 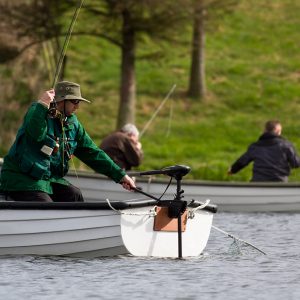 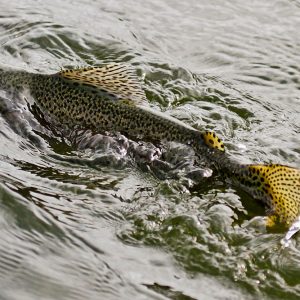 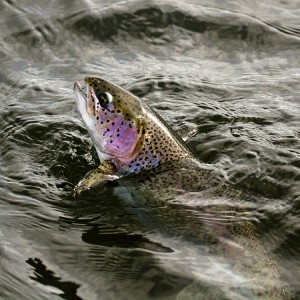 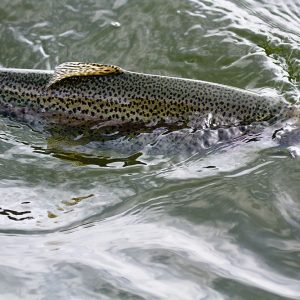 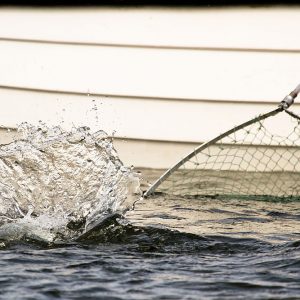 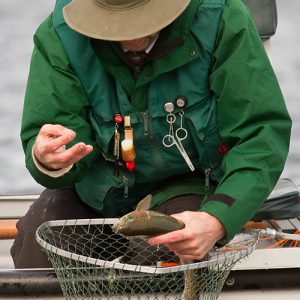 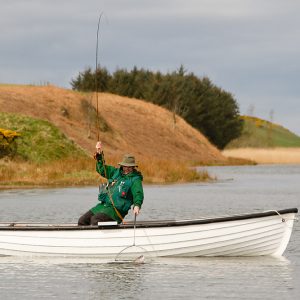 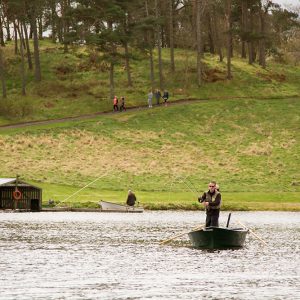