Four seasons in one day at Carron, with the temperature yo-yo-ing, the wind coming and going off all points of the compass, and the sky giving everything from bright sunshine to heavy showers.  The modal conditions were calmish, overcast and cool.  Buzzers were hatching in sparse numbers and it was a decent-seeming shout to go looking for the wild brownies on dries.  Two of our boats concentrated on doing that.  Ed Green and Derek Kilgour were in one, and Alan Duncan and I were in the other.

Both our boats headed for Carron Bay.  Since the dam was raised several years ago, some of the other options for going after the brownies have become less productive (Burnhouse comes to mind), so Carron Bay is probably the most reliable these days.  In the first period, we saw Derek and Ed land a few, and while Alan and I had a few chances, we only landed one fish to Alan’s suspender buzzer.  Didn’t help that I discovered I was fishing with 2 flies with ragged points.  Doh!

A cool breeze got up and put the fish down.  We decided to have a pull.  Alan went with a slime line, and I tried firstly a DI-3 and, when that didn’t do much, a fast glass.  Alan’s set-up worked superbly, and he had his best spell of the day, catching mostly to a mini-Viva-ish goldhead.  As the breeze dropped back to almost calm, I re-rigged to a nymphing rig on a home-made midge-tip.  I went with a black snatcher, a buzzer and, as a bit of a hedged bet, a wee delicate black tadpole on the tail.  I figure-of-eighted this team and first cast produced our one and only rainbow of the day – to the tadpole.

Thereafter, the rig worked well for the brownies, all of which took either the snatcher or the tadpole.  I stuck with the figure-of-eight retrieve, even though it’s probably not the best for hooking wild brownies – I must have missed 3 or 4 for every one landed.  I switched the buzzer for a cruncher, and that took some late fish – after we had come down the water and had a late try in the bays along the south east shore.

Derek and Ed persevered with dries for most of the day.  Towards the end of the session, Derek changed to figure-of-eighting his dries and that worked well.

The 2 Johns, Miller and Levy had varying fortunes, with John M catching only brownies, and John L catching only rainbows.  They fished the road shore beyond the well-named gull island (see photos) and had most success with mini cats whiskers.

Dave Bertram and Davie Tyrie landed 9 rainbows and 8 browns of takeable size (plus many undersized browns) fishing the road shore bays before gull island.  They were on fast glass and 9 ft midge-tip, fishing black damsels and blobs. 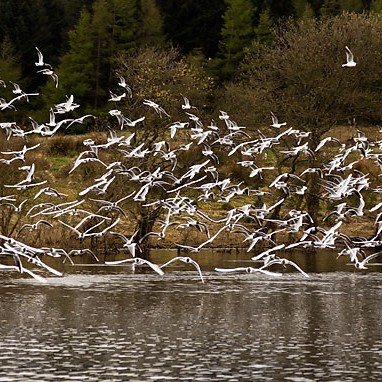 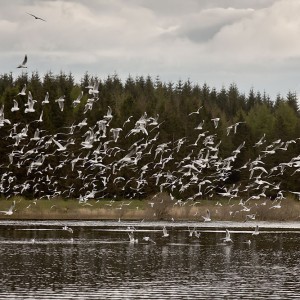 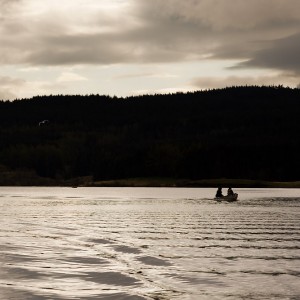 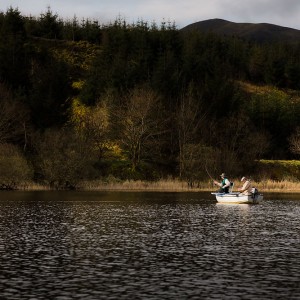 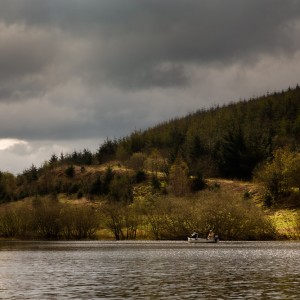 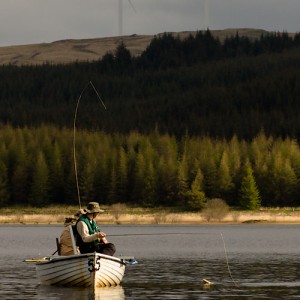 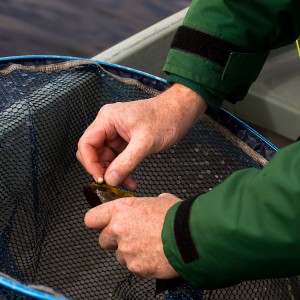 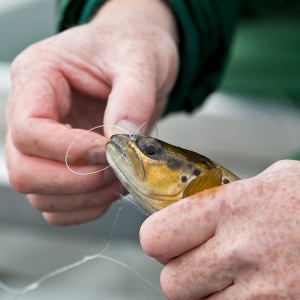 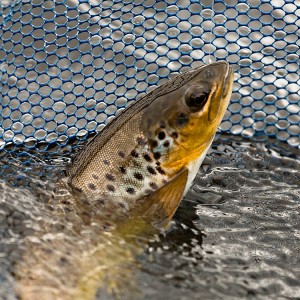 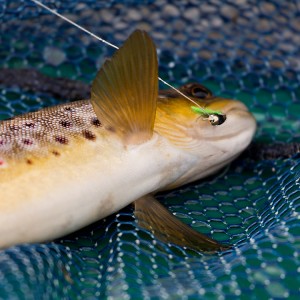 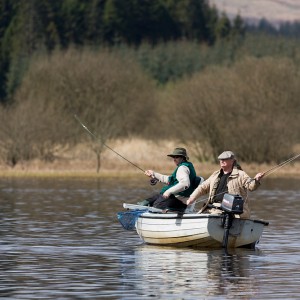 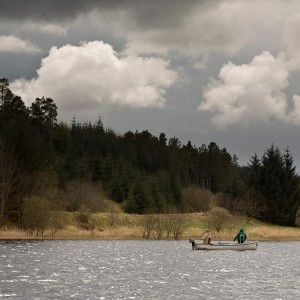 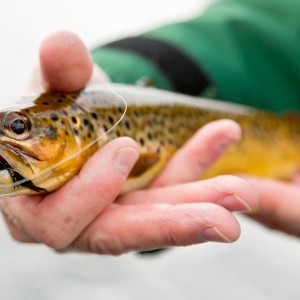