First club outing of the year for me…  We were promised after a week of temperatures in the 20s (!) that it would turn distinctly cooler for the weekend.  Think it was like that back east (8C when we got home), but it was a glorious spring day through at Menteith.  Only when there was both a breeze and cloud cover was one reminded that it was still March… the layers were on, off, on, off…

Fly-wise, there was a decent stream of early season buzzers coming off throughout the day… and a new player – early brown stoneflies – loads of them.

With nothing to go by, Dougie Goddard and I started in the Sam’s Point area – as good a place as any to see what’s happening around you.  Not many risers, so we went with midge-tippish sort of stuff, which met with widespread disapproval by the fish.

In the calm we started to see some steady risers out towards the back of the island.  Good enough!  I set up a rod with dry fly and… aye, well, before I had finished, a breeze got up and that was that plan knocked on the head.  We sidled into the rookery for a try there and, after a spell, one or two fish started to show.  A single chance at a cover resulted in a nice wee wintered fish to a black raider.  That was our only chance of the spell.

We worked our way back round Sam’s point, down through Hotel Bay, and across to the launch harbour and out and round the reeds of shear point.  Nothing all the way.  As we got round towards International Bay we decided it was time for a change of tactics, so we went all sunk liney and booby stylie.  Dougie went with a Hi-D shooting head, while I went with a DI-5 sweep and washing line set-up.  Well, what do you know…  that worked a treat.

We started to pick up fish – some nicely conditioned rainbows and blues – as we made our way down the road shore and by Kate’s brae.  Dougie was catching to a yellow booby, and I to a cat’s whisker booby.  Both these flies are favourites of pike as well and we were both fortunate to avoid losing flies to several wee jacks.

We eventually arrived down at Lochend.  As we did, we realised there were quite a few boats in the area.  We came across Dougie Skedd and Bob Allan, who reported that it had been hot for a period, on buzzers and stuff, on floaters and intermediates, but it had gone quiet recently.  Sure enough, the boats started to peel away.  Oh well, nothing ventured, we thought… if they’ve been getting caught on floaters and intermediates, perhaps boobies on fast sinkers will be worth a go for those less interested in that stuff…

And so it proved.  In the last wee spell of the day we picked up 3 more fish, lost another couple, and missed a few chances in the area in front of Jimmy Nairn’s house.

Among the other boats, Dave Tyrie and Ed Green had 7 fish, figure-of-eighting FAB, cruncher and good old Kate McLaren on floater and SSI.  Adrian Coats and Jim Walker had 7 more, this time to cormorants on sinking lines in the International Bay/Road Shore area, plus Hotel Bay and Sam’s Point.

Dougie Skedd and Bob Allan had a good day, boating 13 between them.  Dougie picked up his fish figure-of-eighting a fast glass and cat booby at Lochend, while Bob had a 6 pounder in his catch, which were taken to a mix of buzzers and cat’s whiskers on a floating line.  Late in the day, they tried the butts area, where Bob picked up their last 2 fish to dry fly. 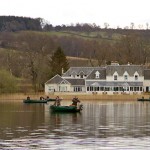 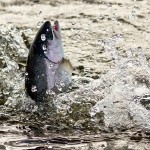 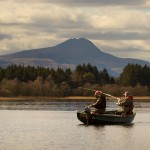 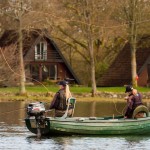 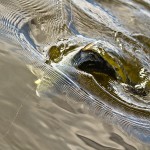 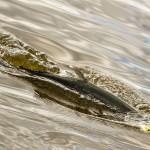 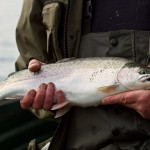 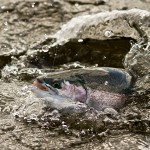 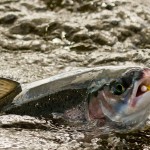 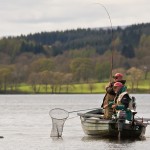 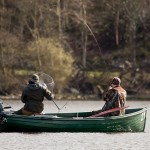 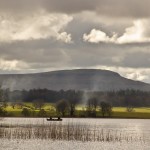 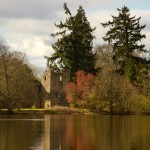 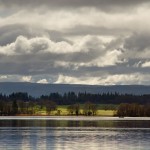 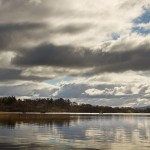 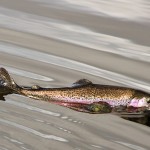