My first trout fishing trip in 6 months!  I had to remind myself what to do.  There were all the usual extra checks to make sure I hadn’t forgotten anything vital.  In the past I have turned up on the first outing with no wellies (it was pissing down and I had to spend the day with plastic bags on my feet), no waistcoat (I had to beg borrow and steal snips, nylon, sinkant, etc), no food, no coffee (more begging)…  This time there was nothing vital missing and it was full steam ahead.

The day was, after 2 weeks of single figure temperatures, thankfully much milder.  It was just a pity about the stoory south wind.  I teamed up with new member Bryan Griffiths.  I figured with all the easterlies we had had for the past couple of weeks, there should be fish up the top of the west arm.  Most of the boats took up position in the main bowl, which made it a good proposition anyway, for getting decent elbow room.

We headed up the arm and had the top bay to ourselves.  We both started on floaters with nymphs and a goldhead damsel on the tail.  Bryan was into a fish first cast!  That one got off, but then I was into one straight after.  Then Bryan was into another – that one stuck.  We proceeded to have a good wee spell, with most taking the damsels, plus an odd one to hare’s ear nymph and black snatcher.  I liked the look of Bryan’s orange-headed damsel – I’ll be tying some up!

Highlight of our hot spell was an 8 pounder (weighed in net before releasing), taken by Bryan on the OH damsel.  After a bit, the fish put their tin hats on and we freshened up our location.  That brought us another couple of fish, as did each of another couple of small moves.  It was getting gradually quieter though, and eventually we went off for a tour to see what was happening elsewhere.  There didn’t seem to be much going on in the main bowl, and the fact that a few boats had made their way down the west arm told us that we were better off where we had been.  We went back, but of course we’d well and truly lost our spot!

We tried drifting, both switching to intermediate lines.  We added 2 or 3 more to our tally with this method.  We could see the 3 boats that now occupied the top bay were getting the fish on the go again, and we eventually tucked in at the back of them.  We saw Tommy with his rod bent more often than straight, and heard him say he was getting them on dries!  I had never considered giving them a try, given we had seen no evidence of either rising fish or hatching flies.  However, I was interested to hear this and to see if it could be done.  There was only half an hour left on the clock, but I put up the other rod with a pair of 14s: black Klink and a a black CDC shuttlecock (Tommy said he was on shuttlecocks).
I Ginked the flies and degreased the leader and put out a cast.  Blimey – a fish came at me 5 seconds later!  I fresh-aired it.  Shortly after, I freshied another, then another!  Finally, the 4th one stuck to the Klink.  I had one more freshy after I got restarted before the clock was upon us.  Wished I could have put it back a couple of hours!

Tommy’s late purple patch with the dries gave him the best total of the day (13 – all returned).  Stewart Barnes, fishing with Tommy also took his fish on dries, as did Dougie Goddard.  Bob Whyte, fishing with Dougie at the home bay area fished boobies and Diawl Bach on a floater.

Alex Ramsay had a good day, taking 7 to DI-3 and various flies.  Gary Heseltine had fish to floating line and Diawl Bach.  Derek Kilgour boated half a dozen (method undisclosed – mind and fill the card in, guys J.

Ed Green and Martin Ward were the 3rd boat to arrive up at the top bay in the afternoon.  Ed had taken a brown of 3½ lb earlier, down by the boathouse cottage.  They both caught several late fish on dries (halfhogs) too! 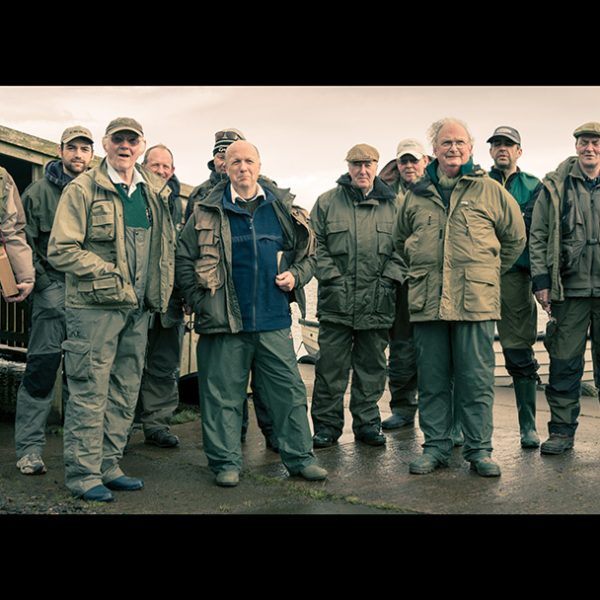 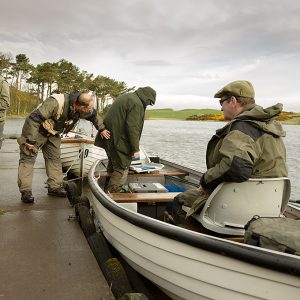 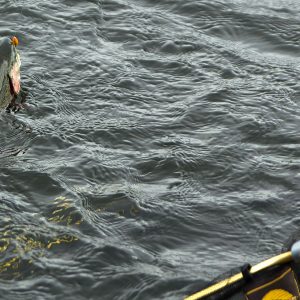 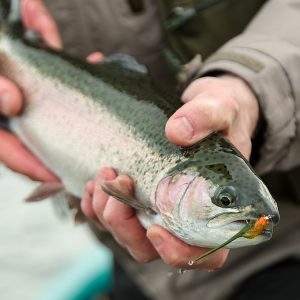 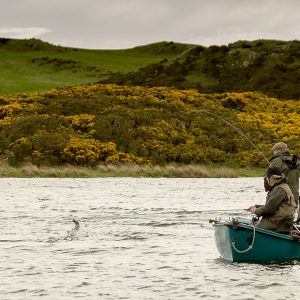 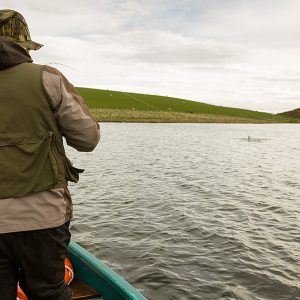 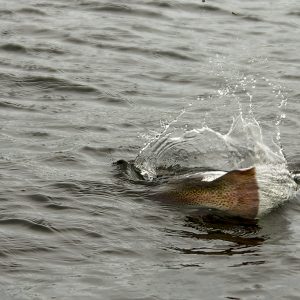 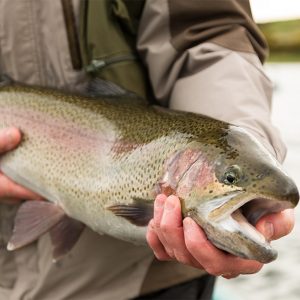 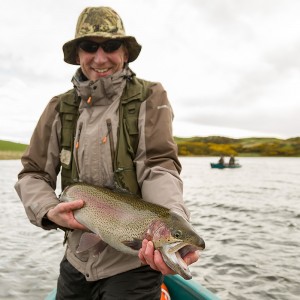 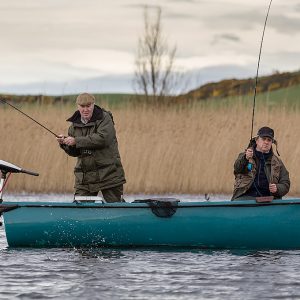 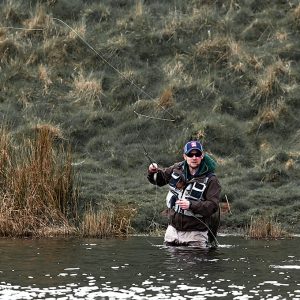 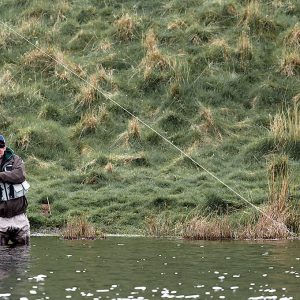 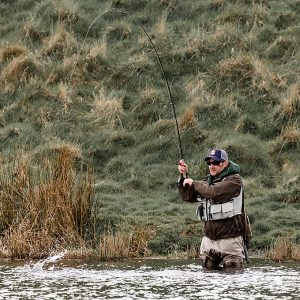 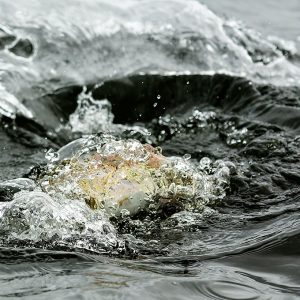 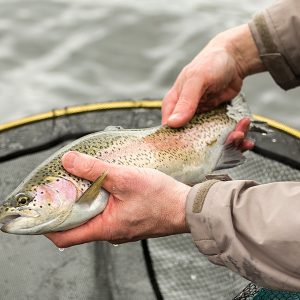 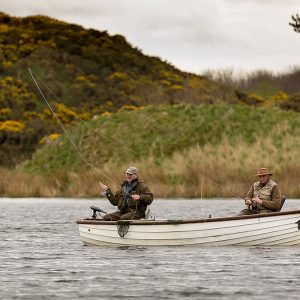 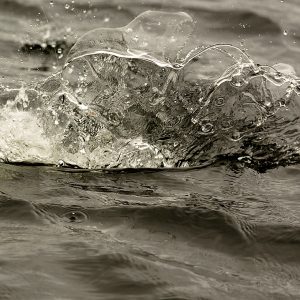 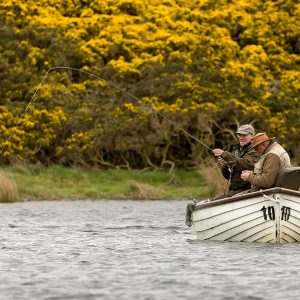 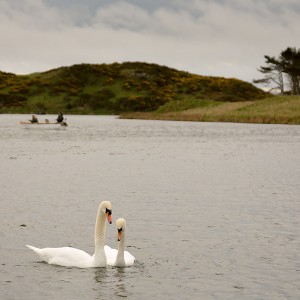