Weather a wee bit iffy in the lead up to our first outing of the season at The Lake. Rain forecast, and some hit on the way through, but then we spent most of the day in brassy sunshine! Wind was westerly and blusterly. Temperature was good, given the date.

Tackling up in the car park, I had a look for what we have become accustomed to look out for at this early point in the season… buzzers. Erm, well… have a look at the first photo! Suddenly there were millions of them. The majority were tiny scrotters about size 32. But, there was also a good number of decent sized ones: 12-14s. The secy gave me a boat to myself, and I tackled up with dries to start off.

Alas, the outcome did not live up to the anticipation. I saw one rise as I settled in behind Sam’s Point, and that was it. The blustery breeze and the brassy sun didn’t help, but I got the impression the hatch had taken place before we had got out. After a bit I conceded defeat and picked up the pulling rod, which was set up with a slow glass and a mix of trads and mini-lures, with a mini-cat-Shuggy goldhead thing on the tail. A drift on down the hotel bay shoreline produced a couple of plucks but no connection.

I moved across Shear Pt. and on to International Bay, where I finally picked up the first of the day to the cat-Shuggy. I meandered on down the road shore, picking up one more along the way and ending up among a few boats around the Kate’s Brae/Quarry Area. There it gradually became clear that a few stockies were on the pop. I worked my way round the point to take a drift down into Lochend. There I was, drifting along quite happily, totally unaware that I was about to be stitched up like a kipper by a pair of desperados. They came in from somewhere behind me and set up a drift from a point close to my right ear. That boxed me in so that as soon as I needed to adjust my drift with a blip on the leccy to stop myself from grounding, I ended up in front of them. Brilliant! They bawled me out. “Get yerself 50 yards behind us”, they shouted! My attempted remonstrations with them were a total waste of effort. I wasn’t about to let my day be spoiled by getting further involved with these idiots, so I bade them farewell and got myself as far from the area as I could.

Note to Quint if he is looking in – ignorance of boat etiquette is a serious problem at Menteith. We already have members of our club who have stopped going to The Lake because of it! There was a moment on Saturday when I considered doing similar myself. I mean… a day out fishing should be all about relaxing and enjoying yourself. The last thing you need is some pair who fancy themselves as the fastest rods west of the Pecos looming over the horizon. If you are fishing the water they want to fish, it seems it is their right to muscle-in and drive you off it – job done. All I can say is that I have been boat fishing for 40 years and I have never known behaviour as bad as it now is at Menteith.

If they aren’t actively driving you off your water, they are carving up your drift, or motoring through the area the fish are rising in, or coming between you and the shore rather than pass behind, or cutting in on your drift barely a cast in front of you… and so on and so on. It really has degenerated into the worst place in the country for manners. We wonder if a lot of it is down to ignorance – maybe no one teaches these guys how to behave the way our dads taught us??? Some if it is definitely down to competition mentality – guys just desperate to catch more fish at any cost. I’d be quite happy if the calendar was divided in 2 – days when those of us who just want a pleasant day out can have a fish, and days when the ‘cut and thrust’ boys can go at each other until the last man is standing. OK, rant over!

My avoidance tactics took me to the butts area, where it looked quite nice all of a sudden. Blimey – there was a rise! I picked up the dries and had a go. Sure enough, a wintered fish quickly obliged by taking my black Klinkie. I missed another when I was having a bite at my sandwich, and that was the last of that!

The grand tour followed, taking in The Heronry (which looked a bit windswept and uninteresting), Gateside (dead), The Rookery (equally dead), which took me back down by Sam’s Pt. and the Hotel Bay area.

Still an odd fish on the go there, and I picked up a wintered fish to the cat Shuggy. Another trip across to International Bay and the road shore saw another 2 come on board before the end of the day.

Our Club’s top boat by a very long way was Dave Bertram and guest Davie Tyrie, who boated 21 between them, fishing in the Butts and Lochend areas. They fished fast glass lines, catching mostly to blobs and cormorants. Next best boat was 8, taken by John Robertson and Dougie Goddard – same area, same tactics. Stuart Gilmour and Trevor Gibson both had bags of 5, Stuart on intermediate with cats, damsels and soldier palmer; Trevor on a washing line of FAB and buzzers on a midge tip.

New lens on trial – all shots taken with a Tamron 18-270mm VR. Image quality maybe not out the top drawer, but not bad for such a huge range of focal length – and it certainly saves changing back and forth when you are trying to fish! 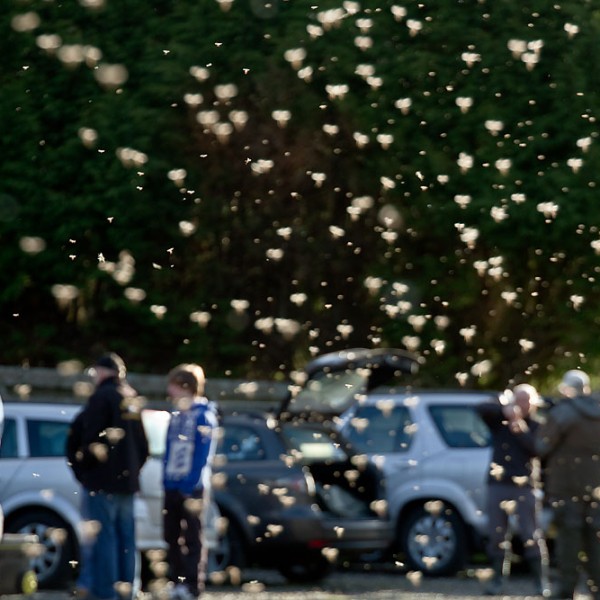 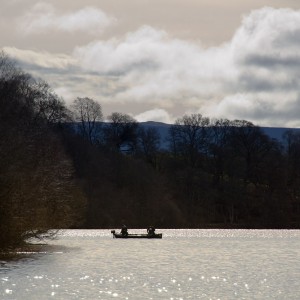 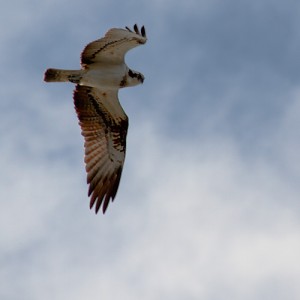 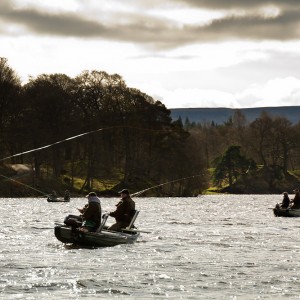 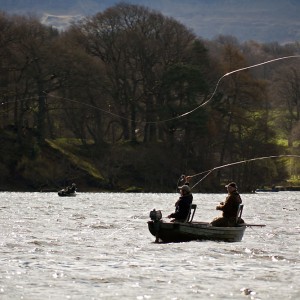 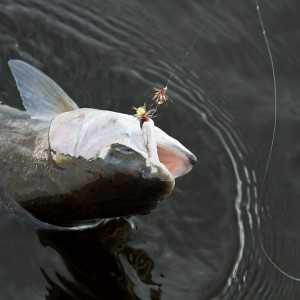 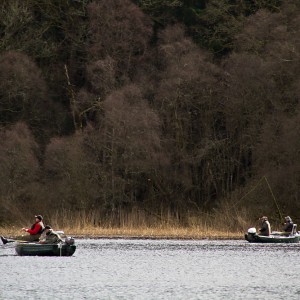 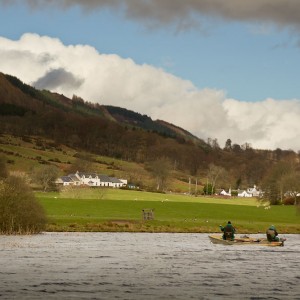 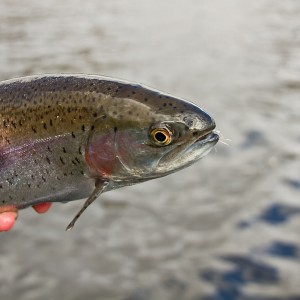 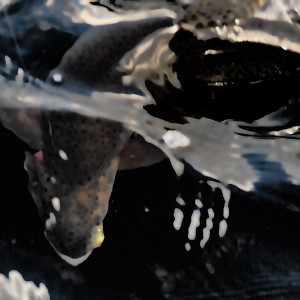 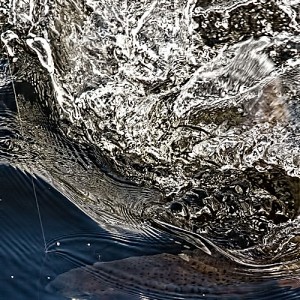 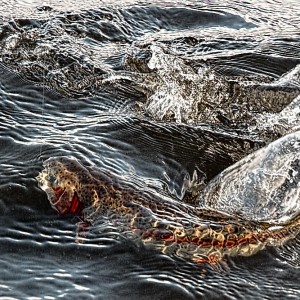