A day of very unsettled weather – a foggy start, then rain for the middle 2/3 of the day, then bright sun and a fresh breeze for the last couple of hours.  It was a west wind – something of a rarity for me (at least) on Carron – I think my last 20 outings there must have been fished in an easterly!

I took Ken Hastings and me up to Carron Bay – my usual starting place.  Except that in the fog I accidentally turned into Bin Bay.  Oops!  We had set up with dries in hope of finding fish feeding on hatching buzzers.  So, with it calm and looking the part, we gave it a go at the top of the bay.  Very little doing, so we quickly went round to Carron.  Soon as we started we were into a bit of action on dries.  I had a nice wild brownie on a new Klinkhammer variant I had tied up – body made from MOP olive ‘Gliss ‘N Glow’ (in photo).  Ken got hold of a similar fish on a black hopper.

Alas, our action to dries was short-lived, as the rains came and put the fish down.  I had a spell on a fast glass with a black tad on the tail, which produced another good brown to the black snatcher I had put on the bob, but nothing much after.  I decided to come back nearer the top with floating line and a whole team of snatchers – black, claret and hare’s ear, which I mostly figure-of-eighted .  Ken persevered with the dries for a while, before conceding defeat and switching to traditional wets.  The snatchers proved quite a good switch and they produced a big lump of a stockie rainbow, a smaller rainbow and a couple of browns.  Ken had a couple of browns to a clan chief.

It wasn’t exactly red hot though.  We were seeing a lot of boats moving about, suggesting the others weren’t finding it any easier than us.  We saw quite a few boats fishing up and down the road shore opposite.  It was tempting to go over and have a look, but equally tempting to avoid the congestion and just work our way down the bays of the south shore, trying here and there to look for fish.  We went with the latter plan; however, we never really found anything – a wee burst of activity in Burnhouse, and a silly 10 minutes when the wee brownies went daft as a sudden hatch of buzzers took place just as the rain cleared away.  The rain had barely gone off when the sun came out, the breeze freshened, and we got that for the rest of the day.

With nothing to hold us up in the way of found fish, we arrived back down at the dam end with a good 2 hours left on the clock.  I wondered if there might be daphnia feeders in the deep water off the dam – it has been known.  There was a couple of boats repeating drifts onto the dam, so we went for a look.  I put on the DI-7 and tied a fritzy Dunkeld on the top dropper. After just a few casts I had a brief hold of a fish.  Next drift I fetched up 2 more from deep that boiled at the Dunkeld on lifting out.  Next drift I stuck to one, which turned out to be a wee overwintered rainbow. He was on the Dunkeld, sure enough. Having decided to chap him for the pot I thought I would have a look to see if my daphnia hunch was right.  Wrong!  There might have been a few daphnia among the bits of scrot, but it was mostly buzzer pupes, hatching buzzers, adult buzzers and loads of buzzer shucks. Plus some pieces of horsetail! (See photo.)  That was the last of our action.

Having seen nothing much going on in Bin Bay, we were surprised to hear that Ed Green and Stewart Barnes had gone in there in the middle of the day – in the rain – and had found loads of rising fish.  They went at them with dries but found them very tricky to catch.  What fish they did stick to were all rainbows.

Euan Cluness and John Miller split a mixed bag of 8 browns and rainbows.  They fished the roadshore midway between Gull Island and the west dam.  John was on intermediate with Kate Mclaren, and black and green tadpole, while Euan was on a Hi-D and boobies.  Best bag of the day was taken from the same area by Adrian coats, who had 6 browns and 3 rainbows on wets, coupled to DI-3 and floating lines. 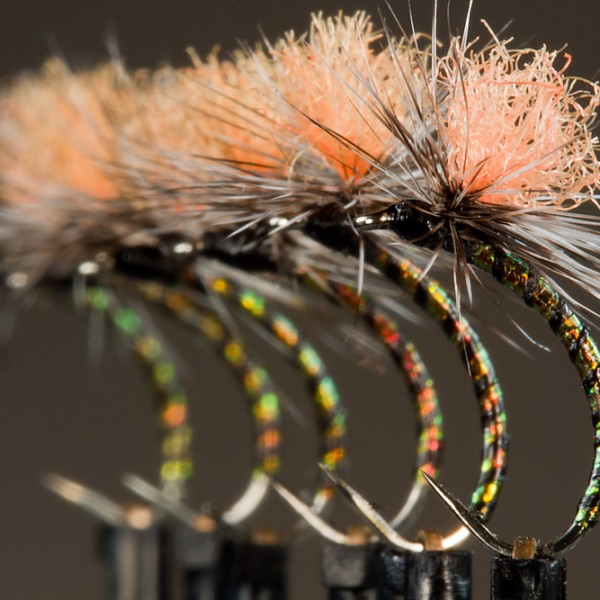 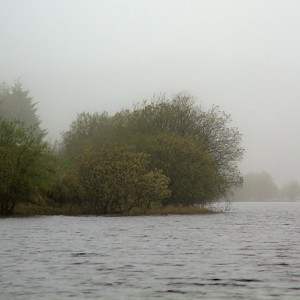 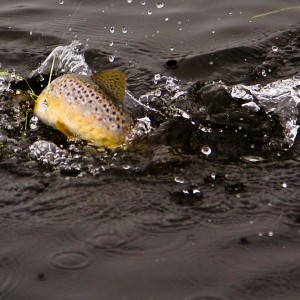 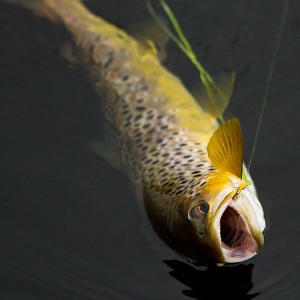 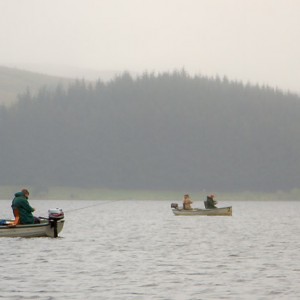 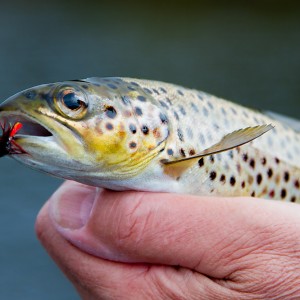 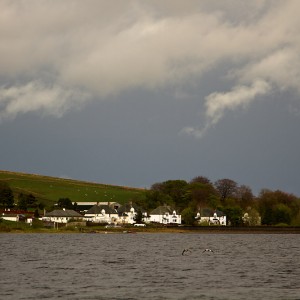 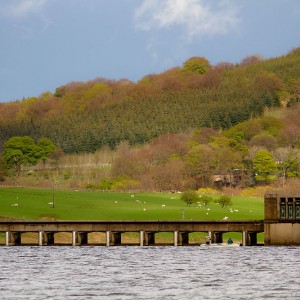 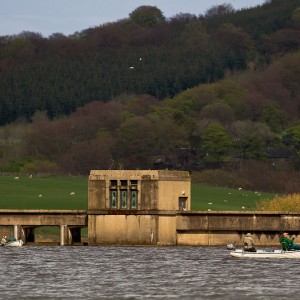 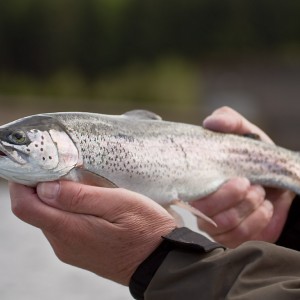 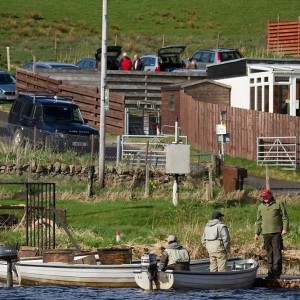 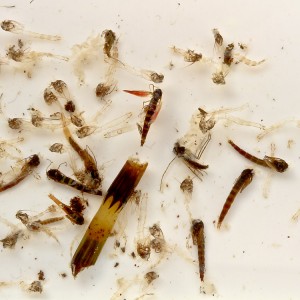 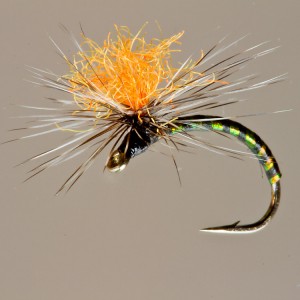