A superb start to the day – balmy, overcast, light breeze with buzzers hatching and fish eating them. The water was gin clear again after the early season bloom we had in April. What could go wrong? Well, for the first 10 minutes or so, nothing at all. Stuck on a black hopper, and the fish were taking it with abandon. Then, as if to say, ‘Wait a minute, this is a club outing at Coldingham, so we’ll need to do something about that’, the sky brightened, and a cold wind got up from the south east. The buzzers stopped hatching and the fish stopped rising. One day…

So, after that, Adam Marr (on R&R release from The Sultanate of Oman) and I set about trying to fetch fish up to our dries out the blue. We did well, concentrating on the main bowl, but things gradually slowed up as the day progressed. We tried a move up the west arm, where a superb long slick had developed – running right up the arm. The slick was holding fish, and we got ourselves going again, but quickly started getting issues with fresh-air shots. Meanwhile, Derek Kilgour and Ed Green, who were repeating the same drift were having no such problems. It seemed that every time we looked, one of them was into a fish. Adam took a break from dries and landed a few f-of-8ing Diawl Bachs.

I asked Ed and Derek afterwards what the secret was. Ed was fishing a loop-wing CDC hopper (he gave me one and I will get round to posting a photo when I get the chance). He was giving it a twitch to pull it under, then stopping and letting it bob back up and that was proving irresistible to the fish. Derek, who had been doing better earlier, found himself falling behind until he started giving his dries a bit movement. Adam and I had been getting hints that a bit of movement was helping, but we never really got ourselves tuned into it.

Ed and Derek finished top boat by some distance. Stewart Barnes, fishing in the Billy-no-mates boat, had a good day, taking 10 to dries, including a good brownie. Stewart was on a hare’s ear hopper and hawthorn, and again was giving his dries a ‘tweak’!

Bob Allan and Gary Wright landed 16 between them on hoppers and Diawl Bachs. Bob Whyte and Trevor Gibson anchored up on a group of risers in the top west corner, fishing dries from a static base, catching on Klinkhammers and the like. 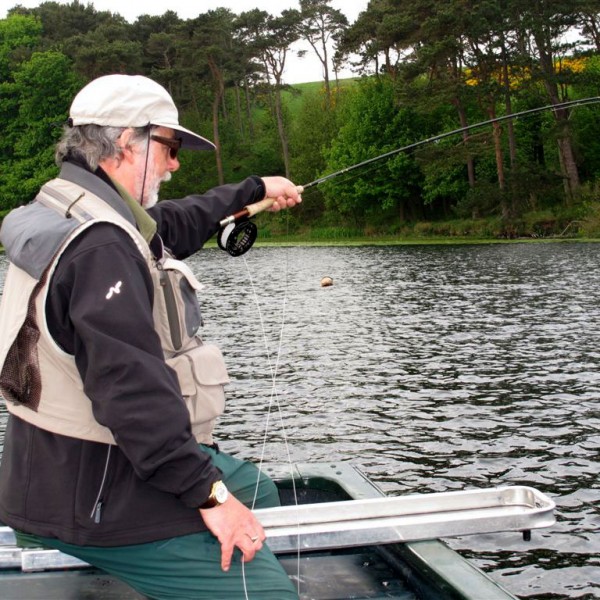 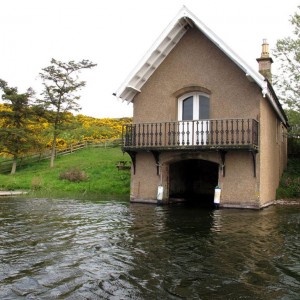 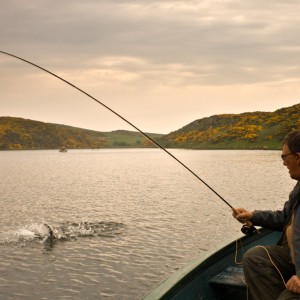 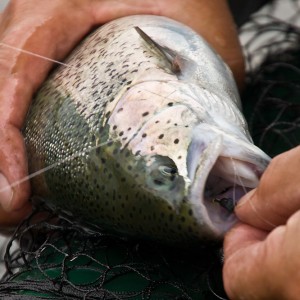 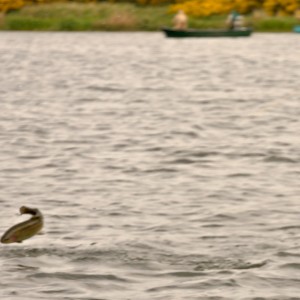 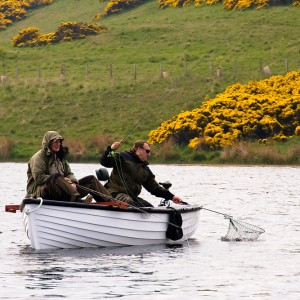 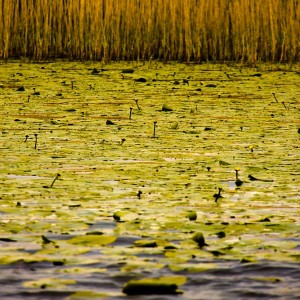 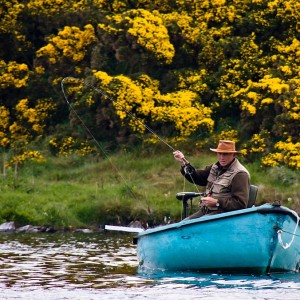 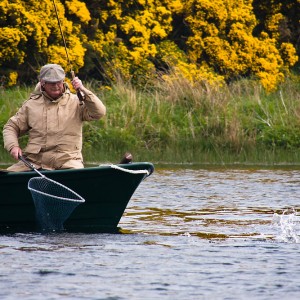 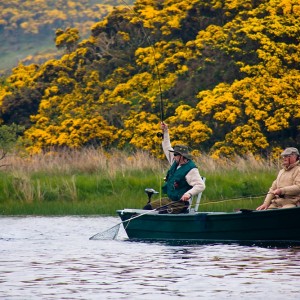