April 10th and it was 20°C! It’s now April 12th and it’s 10°C. Oh well, it was nice while it lasted. It was a two-edged sword, needless to say, when it came to the fishing. There were some juicy-looking fiery brown buzzers hatching in wee bursts throughout the day. Only problem was we had blazing brassy sun for the whole day – frazzled again!

However, we got some early sport to dries before the sun got too high. It was good to fish with Derek Kilgour again after Derek taking a bit of a sabatical, and Derek was straight back into the groove, well and truly showing your correspondent up by having the lion’s share of the early dry fly action. Turned out the fish were quite happy to take Derek’s olive shuttlecock CDC and F-fly, but not my Klinkhammer or hopper. No reason for me to stand on ceremony – I put on a shuttlecock – in next to no time I had 2 come at me at once. I jagged the first one, which spooked the second one, which turned and got foul-hooked right up the council gritter! Bad enough, but it was a good 8 pound! It took the fly line out and then just kept going and kept going and kept going… We reckoned it had 70 yards of backing off the reel which put it 100 yards away at its furthest. I literally had a few turns of backing left and was going to have to get on the motor and go after it when it finally stopped and I started to pump it back to the boat as if I was fetching a big cod up from the depths. I got it in! Not bad for the 6 pound Tectan! (Photo top row, second from right)

We both had a bit more sport to the shuttlecocks for a few drifts before the sun got too high and they went off the top – what a waste of all those adults! We anchored-up and had a go swinging buzzer pupes. My turn to have a purple patch. Fish came to a skinny red buzzer and an equally skinny gold-ribbed hare’s ear. Then I got tangled – a real doozie… after that we had to reset the anchor… and after that I stopped for a bite to eat… amazing how that sort of thing can ruin your momentum. Couldn’t get going again. After that we mucked about with damsels and tadpoles and stuff, which was worth a fish or so each. We could see by the other boats that it was slowing down for everyone. With the sun getting a bit lower in the sky we reckoned it was worth pulling up the sash-weights for the last hour and having another go with the dries. The plan nearly paid off as well. There were fish on the pop along the north shore, but they were even trickier than those ones in the morning – neither of us got so much as a look off them!

Ed Green and Bob Whyte fished all over the loch, finishing with a round dozen. Ed caught on a peach 444, slow figure-of-eighting Diawl Bachs and a Kate McLaren of all things! Bob had nearly half his fish on a Kate! The rest came to Diawl Bach and damsel, figure-of-eighting an intermediate.

Jamie Tocher and Dave Bertram concentrated on the main basin and washing line tactics on midge-tips, taking 15. Alan Holbrook and Trevor Gibson took root in the main basin, fishing their customary bungs and buzzers for a 17-fish total. 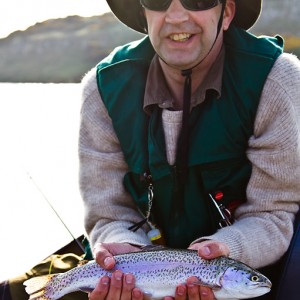 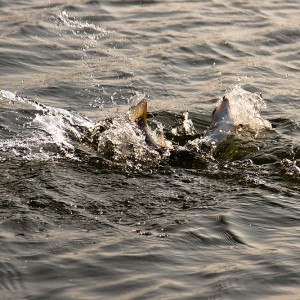 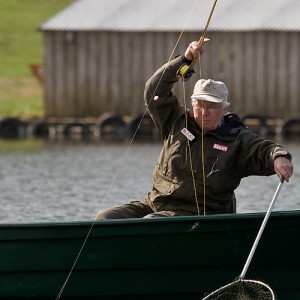 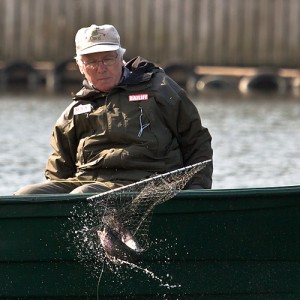 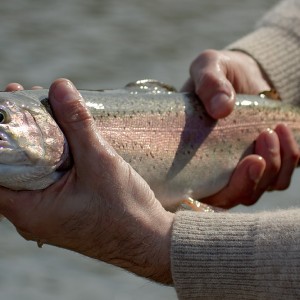 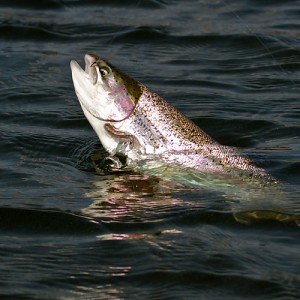 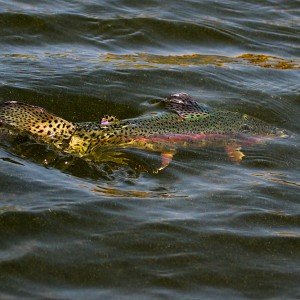 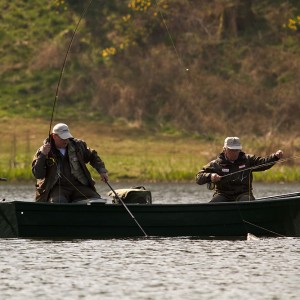 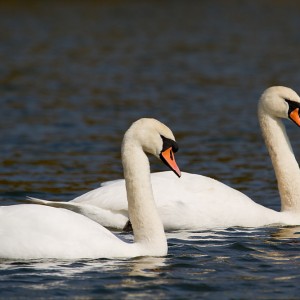 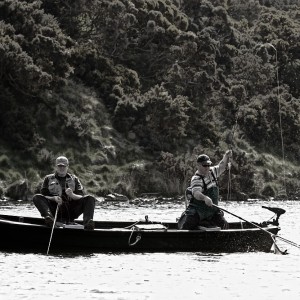 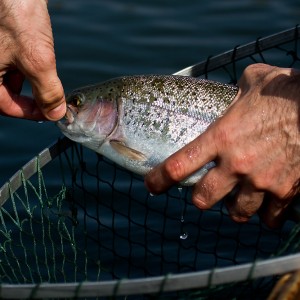 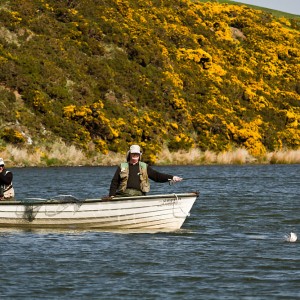 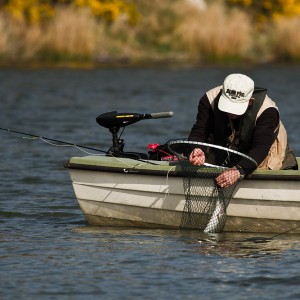 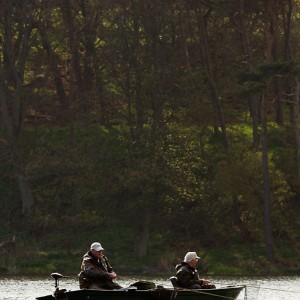 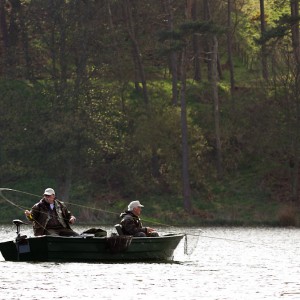 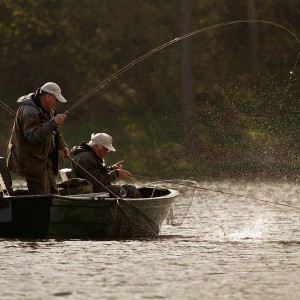