The drive up to Butterstone was in mainly sunny but cool conditions, with the occasional covering of quite black cloud. However, on arrival, the sun was out and despite a flat calm the water quality was good, so the loch looked quite inviting. The new clubhouse is not yet open, work having been delayed by the winter weather, but looks as if it will be pretty impressive when complete.
The new management set-up has good electric motors fitted as standard, albeit with a hike in prices. The fishing the previous week seemed to have been pretty good, so we set out in a hopeful mood. Conditions changed over the course of the day, with the sun disappearing and a brisk westerly coming up, with a corresponding reduction in temperature and I think we were mostly quite glad when 5.00 pm arrived.

The corresponding outing last year had been a very successful one and it wasn’t really expected that we would equal the 102 fish total of 2010. In fact we absolutely demolished that total with 154 fish from the 13 anglers present. As far as I can see this is a club record from any water and the first 10+ rod average for an outing. I have to question whether this is the sort of fishing that we want to experience on a regular basis, as I believe that we want to be challenged a bit more. On the other hand, it was good to start the season on a very positive note.
The timing of success varied, with some anglers doing better early on and others having success only in the afternoon. As often happens with early season fishing, it was a case of finding the fish, which didn’t seem to be too fussy as long as you were using a lure approach. Round the edges seemed to be best choice and it didn’t seem to matter too much about depth as people were catching on every line from floater to a Di5, with retrieves from almost static to brisk pulling. Trevor Gibson and new member Dave Bertram had a 21 fish boat, figure of eighting black mini lures on fast glass lines, all over the loch. John Miller and John Levy had one more on hares ear, micro fritz and olive damsel with midge tips, mainly on the north shore. Stewart Barnes, fishing on his own, had 14 once he moved from midge tip to fast glass, with orange and yellow dancers doing the damage.

Derek Kilgour and Jamie Tocher left it late in the day, moving from one fish at lunchtime to 31 by the end of play. They found a hot spot close in to shore to the north of the boat house, where black and green or black and yellow with a varied retrieve on a floater was the secret. Parked next to them were Ed Green and guest David Trudgill, who blitzed the opposition with a total of 44 fish, figure of eighting small black and green flies on fast glass and Di3. Ed was top rod with 26, David was third with 18 and they were split by Derek Kilgour on 20.

It will be interesting to see how our other Butterstone outing in July compares! 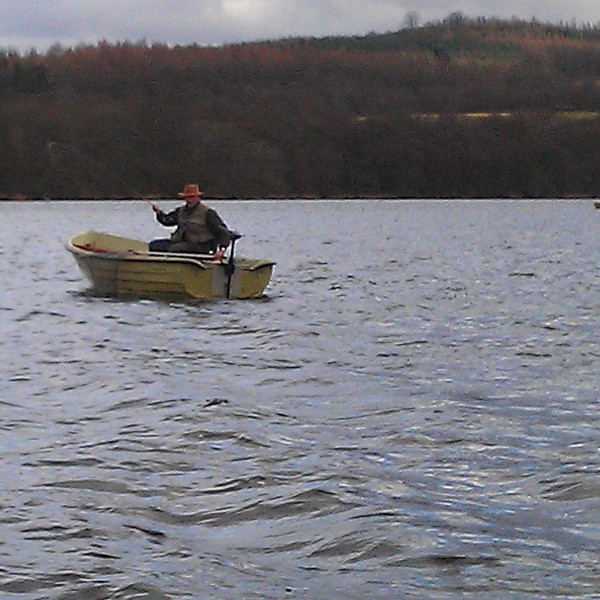 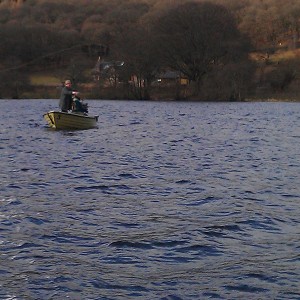 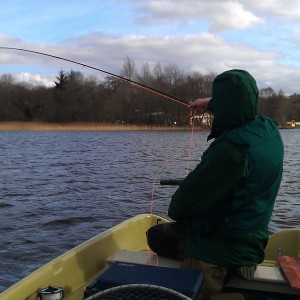 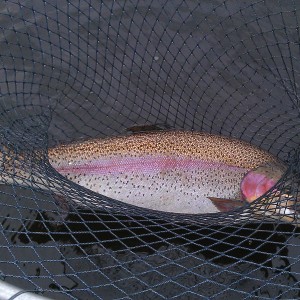