Mid-summer on the Lake sounds good on paper. What about on the water? The wind was from the west, strong, swirling and squally. We had cloud cover, but it was still very bright, with reflections from the water surface such that you could not see your flies. The air temperature was 15°C and the water 17°C. Nothing was rising before we went out, so Alan Brown and I went with midge tips and small lures. We headed for Arnmach point, thinking we would get a bit of shelter, which we did. We had two drifts without getting as much as a pull, then moved into Otter Bay, and again got zilch, so it was up-sticks and away to Roman Bay and a few drifts towards Dog Island… again nothing. At this stage I decided that I may as well catch nothing using my favourite method, so on went a floater and three dry flies, and away we went to the Malling shore.

Drifting along the shore, we did see one or two fish moving, but they were further away than I could cast. Alan, however, was getting fish swirling and following his flies. On the third drift along the shore a fish rose, I covered it, a swirl, and it was on. As it was the first fish of the day I was afraid I would lose it, but Alan kindly netted it for me. To celebrate we had the smallest of gulps from my flask. After this, we toured the lake trying to locate fish but had no luck in finding them, so for Alan and I that was it.

Now, how did the fishers get on? Well, Alan Duncan and his guest Euan had five to the boat. Trevor Gibson and Ian Macdonald had four. Both fished floaters and daddies at the Butts. Derek Kilgour and Keith Logan had thirteen. They fished at Malling shore and Stable point using floaters with CDCs, crunchers and cormorants. David Tyrie and Adrian Coats fished Rednock shore. Both pulled, using fast glass lines, coupled with Blobs, Black cats and Damsels. They netted thirteen fish. Our best boat was John Wastle and Jimmy McBride. They used floaters, F-flies, Hare’s ears, Black hoppers, Black half-hogs, Balloon caddis and Yellow Owls. They netted seventeen fish.

The club ended up with 56 fish. Six weighing 13 pounds were taken for the pot. That made for a rod average of 4.3, which is quite good considering the contribution of Alan and myself.

Our next outing is a day session to Black Loch on 23rd July and the nice weather pundits predict a southwest wind at 8 mph, a temperature of 18°C and cloud cover. We will see, but it is hopeful. 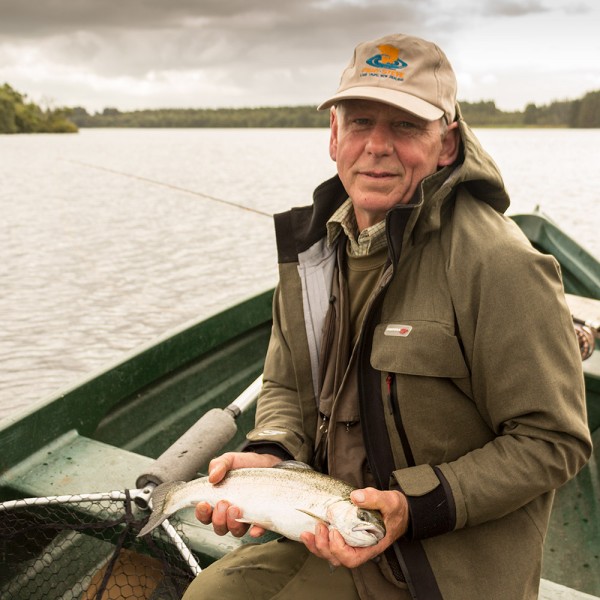 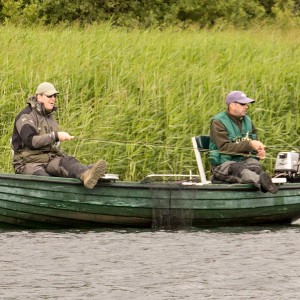