This was our first outing to Lintrathen since 1993! It’s a wee bit of a haul to get to, but not much further than Butterstone – at least as the crow flies. The staff were friendly and very helpful and attentive, and the boats and outboards were in good order.

The weather was a potential problem, with rain forecast and the tail end of hurricane Katia bringing gales in our direction. However, this was one where we got away with it. It was cool, and dank and dreich and drizzly (hence the lack of photos) for most of the day, and while the breeze freshened up a bit at times, there was plenty shelter for those who wanted it.

With no clues where to try first, Trevor Gibson and I followed the locals, who all took a drift down the rhodies’ shore. We saw one boat take a fish straight away, and soon after we both had a fish to intermediates, mine on a pulling hog and Trevor’s to a minilure. We had other offers, so repeated the drift, which proved a total waste of time.

We worked our way down the far end, trying a couple of drifts going on to the island – nothing doing. Going through the gap, we did a couple of drifts down the outside of the causeway and we got quite a good number of chances without sticking to any. I gave dries a go and had an early fresh air shot. We were seeing a few olives and black gnats, so I stuck with it. Derek Kilgour and Hugh Thomson were fishing behind the island and we spotted Derek into a good rainbow (2 middle photos). We went up for a look. It was catching loads of shelter where the 2 burns come in. We spotted a rise here and there, and ended up staying for the rest of the session. Trevor changed over to dries and we worked away at them, landing a total of 6 rainbows and 3 good sized wild brownies. Mine came to heather fly and olive sparkle dun, Trevor’s to an olive Klinkhammer. We missed, jagged, lost and were broken by more fish than we care to think about though!

Out in the main loch, Dave Bertram and Davie Tyrie shared 7 rainbows and 2 browns. Both fished DI-5 sweep lines and blobs, taking their fish well down in the water.

Guest D Trudgill had 3 rainbows and a brown to black and green wets on a slime line. 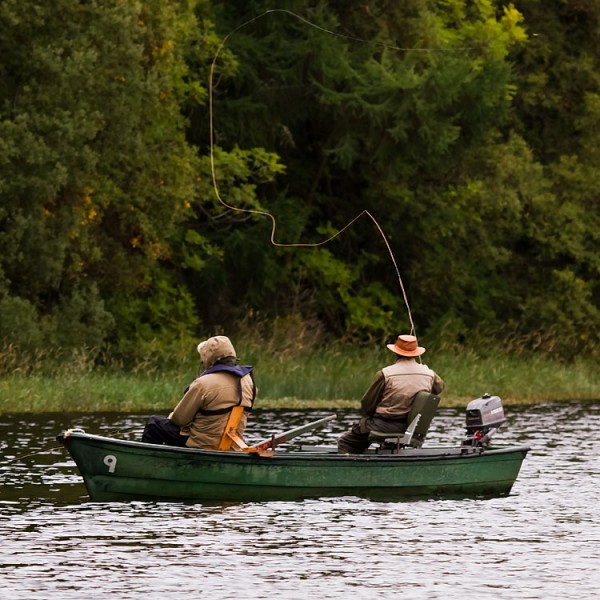 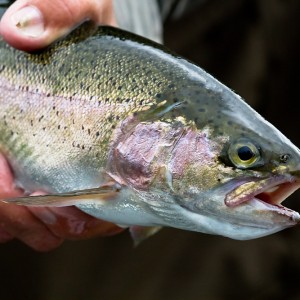 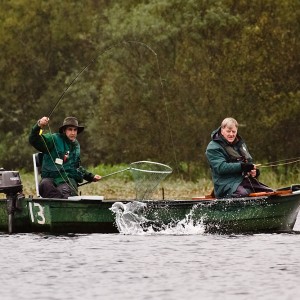 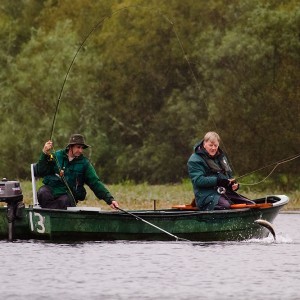 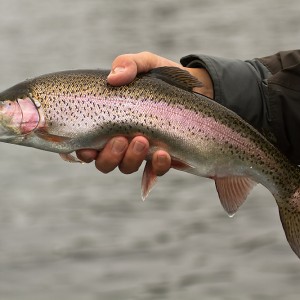