We dodged a bullet, weather-wise, with this one.  On Wednesday, you would not have sent a dog out.  On Thursday, the bitter east wind would have cut you in half.  On Friday, it all broke, and on Saturday we had the proper first day of spring for our outing to Menteith.  It was, in truth, a bit bright, but that didn’t put the fish off – in fact it didn’t put them off being caught on floating lines.  So, all-in-all, there were no complaints about having such a nice day, in such nice surroundings.

I was fishing with Matt Wolstenholme, a new club member, and a recent recruit to fly fishing.  It was a perfect day for Matt to be discovering all sorts of things about the way that fish can change their behaviour from one minute to the next.  We started out, and I homed-in on a few rising fish just east of Sam’s Point.  I cut the motor and we sat to see if they were still showing.  They were.  There were a few buzzers coming off – nothing like the numbers in 2016.  I put-up the dry fly rod and a single, size 14 Adams hopper.  As we sat, looking for targets, the risers dwindled away.  Matt had gone with an intermediate and nymphy stuff, and he was soon into a fish – only for it to weed him in the shallow water we were in.  I gave up on dries and picked up my first rod, which I had set up with a 3 ft nymph-tip and black Diawl Bach type stuff on the droppers and a wee damsel on the tail.  I got a grip of a fish, which came adrift… and that was that.

We gave up on the area, and went for a look towards the south end.  We came across some action in the open water out from the Butts area.  Quite a few boats had assembled there, and we were seeing fish caught.  We dropped in and gave it our best shot, but were doing nothing with them.  After a bit, a decent south-west breeze got-up, and I thought, well, it’s time to catch a few fish here… I changed to a DI-5 and the standard fail-me-never of, one black one, one white one, and one very very bright one.  That did the trick, and the fish started to come aboard.  The first few were all overwintered rainbows, plus an overwintered blue… and they were all taking on the hang:  the middle – 5 ft down, or the tail, 10 feet down.  Matt switched to a DI-3 to allow him to get the same sweep and hang action, and when he went on to it, he had his first fish, first cast!

After a bit, the wind started to die-away and, to be honest, we were getting a bit tired of flogging away with all this stuff.  Meanwhile, the twiddlers who had been catching when we first arrived and had buggered-off after the wind got-up, arrived back, started twiddling again and started catching – some of them doing some serious sconing.  I’ve never really been a Menteith twiddler – but now was the time to grasp the nettle and have a go to see if I could do it.  I picked up the dry fly rod, and swapped the dry for a team of 3 small skinny black nymphs and buzzers.  Bingo!  Instant success!  I started catching stockies – high in the water, mostly on the wee black nymph on the top dropper.  It was one that someone donated to the photo-gallery last year, and had gone into my box after the photo-shoot.  Whoever donated it – thanks!

Again, Matt changed over, put on a floating line and some small balck buzzers, and was quickly into a fish.  We caught a few more, including two big stockies at 5 lb 8 oz each – both of which put up gargantuan struggles before coming aboard.  Then there was another sea change – the boats that were sconing them quietened,  I was seeing a few rises, and I thought about putting up dries.  There wasn’t much time on the clock, so I changed the tail fly for a booby to go to a washing line – another set-up i struggle with on Menteith.  I had no sooner started, than I took our last fish of the day on the rig.

Among the other rods, results were mixed – catches ranged from 2 to 21.  Trevor and Bob Whyte had fish to slow-fished floaters at Kate’s Brae to Road Shore.  Derek Kilgour had 16 fish to a variety of lures, trads and nymphs, fished on a 10 ft ghost-tip in teh Roadshore to International Bay area.  Alan Duncan and E Morrison had fish to boobies on the Road Shore. Dougie Skedd and Keith Logan had 11 to the boat to a variety of methods and lines in several locations.  Top boat by a stretch was Davie Tyrie and Jimmy McBride, who had 40 fish between them.  Borth fished a washing line of booby and buzzers/cormorants on a midge-tip lines – keeping in touch/figure-of-eight.  They caught mostly in Internaitonal Bay and at the Road Shore, going round to Tod Hole. 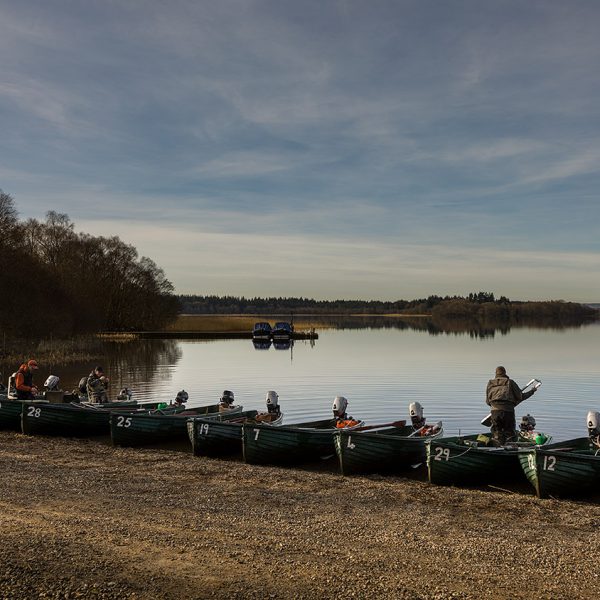 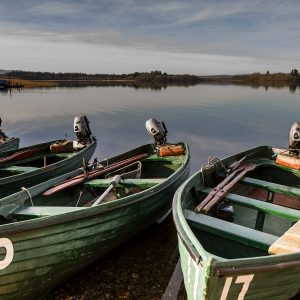 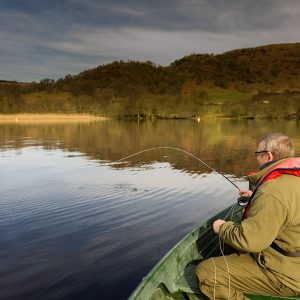 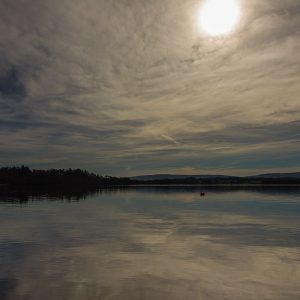 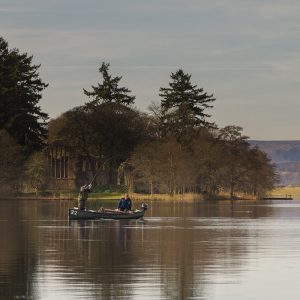 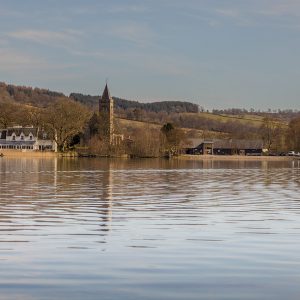 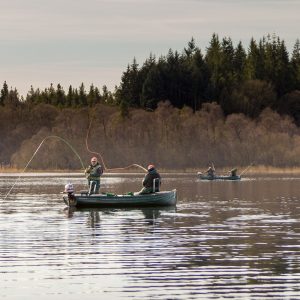 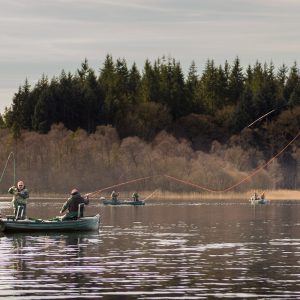 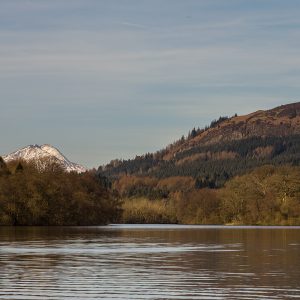 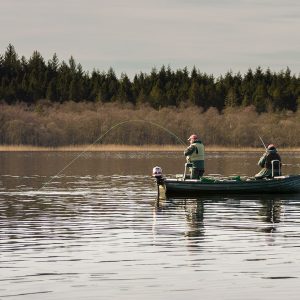 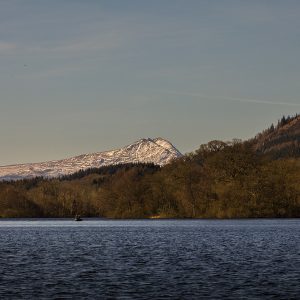 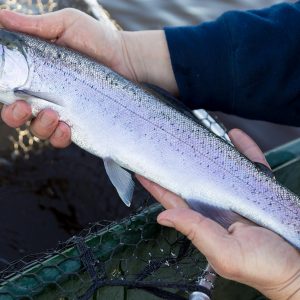 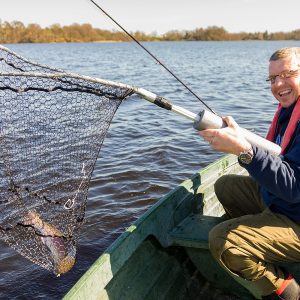 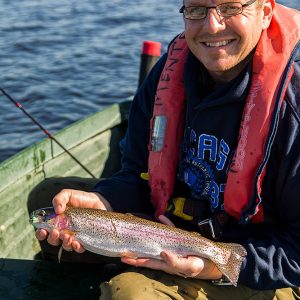 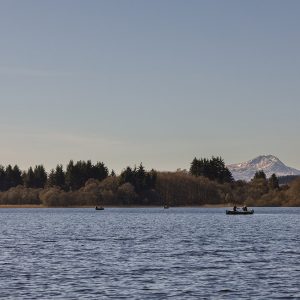 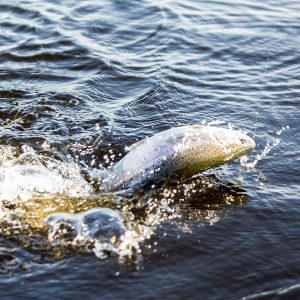 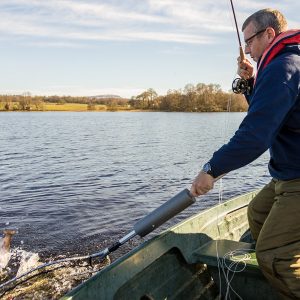 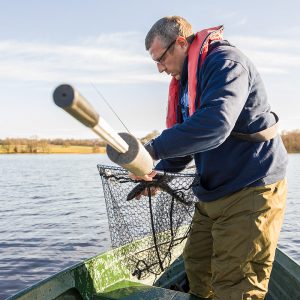 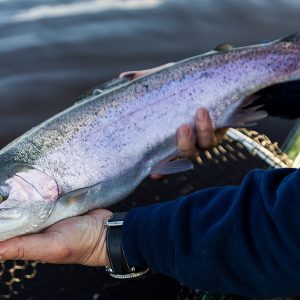