Life is definitely heading back towards normality. I got a wee surprise, since for the first time in over two years the radio was interrupted with a traffic warning of congestion on the city by-pass.   I’d almost forgotten about tail-backs and traffic but the journey was still very easy without any real delays.

Conditions at the start were promising; sun was breaking through, it was overcast and there was a welcome modest south easterly breeze blowing across Hotel Bay as we loaded the boats.  It is fairly unusual for mid-week outings for the club, and the car park was quieter than usual.  However, competition season is now kicking-off at the Lake and the first national heat had taken place earlier in the week.  The fish might have their hard hats on already.

We had a good turnout for our session, with 7 boats out on the water.  Douglas mentioned that the Road Shore, through Lochend, had recorded some of the better catches, with a number of different methods working.  There was even some talk of good dry fly sport in the quieter spots; notably in the Gap and around Sandy Bay.  Interestingly, on our last outing a few weeks earlier there was a prolific hatch of buzzers and a lot of fish moving all over the Lake.  I had it in my mind that by now the buzzer action would be in full swing and hopefully we would be able to target rising fish somewhere.

I was paired with fellow despairing Hibs supporter Innes Zenatti for the day and our strategy was simply to keep well away from Hearts fans – for obvious reasons.  As expected, most boats headed left.  We headed towards Tods Hole and thought we might be able to set-up drifts working along and across toward Chicken Leg Bay.  We saw very little activity, despite a sprinkling of adult and emerging buzzers.  Feeding fish were noticeable by their absence.

I had opted for midge-tip while Innes went for the 10ft tip, washing line with buzzers and Diawl Bachs.  The DB accounted for our first fish, the Vicar for our second and third fish, but the going was generally slow.  We bumped into Peter and John and they had both netted a fish coming out of Lochend.  Innes was moving a lot of fish but they were not sticking.   We decided to head-off to pastures new.  Road Shore, Shear Point, Lochend, Kate’s and Gravel Pit looked busy, so we headed up to the Malling Shore.

By now the wind had really picked up and fishing up the Malling Shore was challenging.  Just as we thought about moving again, we picked up a fish and had other interest.  By now I had gone to a 12ft slow tip, while Innes was working away with the intermediate.  We repeated the drift on a few more occasions and each time picked up fish.  There was even a double hook-up amongst them.  The fish were all fighting fit and gave a terrific account of themselves.  We then picked up fish heading into Hairy Hole, including a splendid brown trout.  We then headed down to the Rookery, Sam’s Point and Reedy Bay where we picked up more fish.  We ended an interesting day with 13 fish to the boat.

Our 14 rods finished with 58 fish.  Dougie Skedd and Fraser Gault managed eke out a few fish to the dries: impressive fishing.  Adrian Coats had a very good day with 8 fish, mostly around International Bay and Shear Point, Stewart Barnes had a notable seven on washing line with a floater. 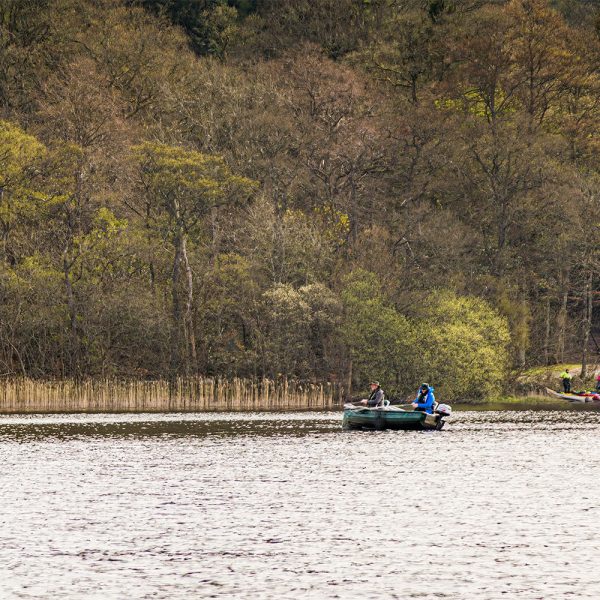 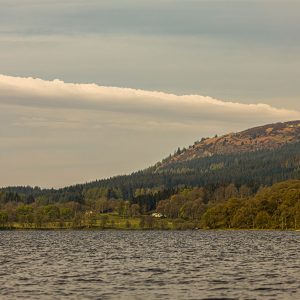 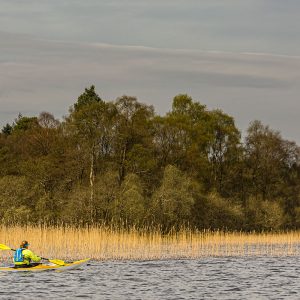 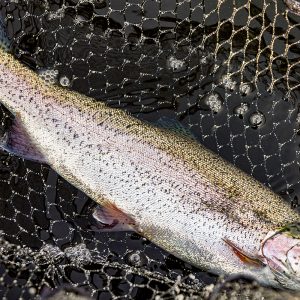 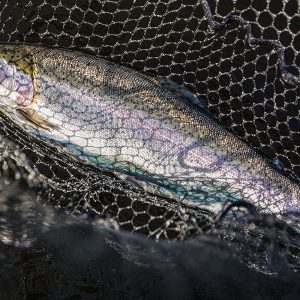 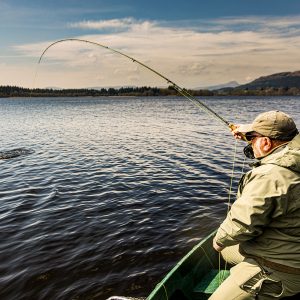 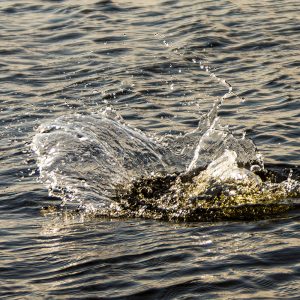 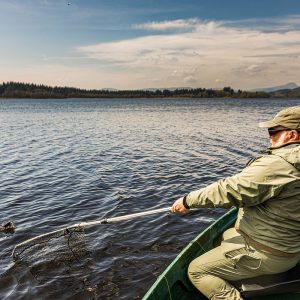 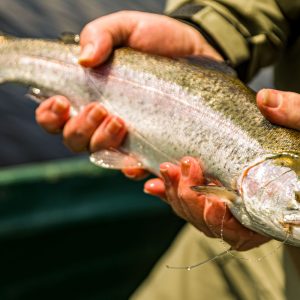