I arrived at Coldingham to find the incredible destruction that had been brought to the area by Storm Arwen.  First clue was the huge pile of sawn-up tree trunks on the drive.  Second clue was that nearly all the trees were gone from around Gareth and Carmel’s house.  Compare the photo below with this one from 2020.

Third clue was the missing boathouse.  Apparently the whole thing lifted off and was deposited up the hill!  Their house was hit by a falling tree and Gareth’s car was squashed!

After adjusting to the new-look surroundings, we turned our attention to the fishing.  It being a club outing to Coldingham, we naturally had a cold easterly breeze to contend with.  But at least it wasn’t stiff, and we had mostly good overhead.  In fact, the odd blink of sun was quite welcome to bring a touch of warmth to proceedings. The water wasn’t quite its usual gin-clear at this time of year.  Gareth said that was due to the tons of vegetation that Arwen had deposited in the loch.

Stewart Barnes and I both started on tips.  Mine was the Wychwood 10 ft fast intermediate tip.  I started with snatchers and Diawls.  We were both slow to get things going.  Stewart put a booby on the tail and started to get action with it, but he was dropping most of them.  I realised i was going underneath them – made the mistake of thinking the cold wind would be keeping them down a bit, but they were high in the water.  First, I put a booby on the tail to keep things higher, and it got me 2 fish.  I also missed quite a few half-chances – just getting the weight of the fish and then off.  I still felt I could come a bit higher, so switched to the 6 ft slow tip, and I also changed my droppers for a couple of neutral density suspender buzzers.  Stewart was still getting action, with a couple of fish and others lost, to the booby on the tail.

I picked up 2 fish on the suspenders.  I also tried a tequila FAB on the tail, and it got a lot of follows and plucks and swirls, without anyone being brave enough to take a solid hold of it!  Middle of the day, the breeze got up a bit and it felt distinctly cooler.  We both dug out our extra layer and put it on.  I went back to the 10 ft fast tip.  That got me a 3rd fish to the suspenders.

We were now focusing on drifting up the west arm, as were most of the other boats.  Around 2 p.m.-ish, there was a wee flurry of rises, and both of us considered putting up dries.  The rises stopped and we carried on with the twiddling.  But having failed to ad to our totals, we got to 3 o’clock, and suddenly it felt a bit softer, and a bit of warmth came to proceedings.  We both decided to put up dries.  As I was getting the dry fly rod out, I spotted a cowdung on the gunwale.  One of the reasons we hadn’t bothered with dries up to this point was that we were seeing nothing in the way of a buzzer hatch.  But a few cowdungs might be what was getting the odd rise.  So, I put a cowdung half-hog on, along with my go-to Adams hopper.  There wasn’t much to cover, but it didn’t take long for a fish to take my cowdung, OTB.  Stewart was quickly into a fish as well.  A second fish came to my cowdung.  We realised we ought to have put the dries up an hour earlier. 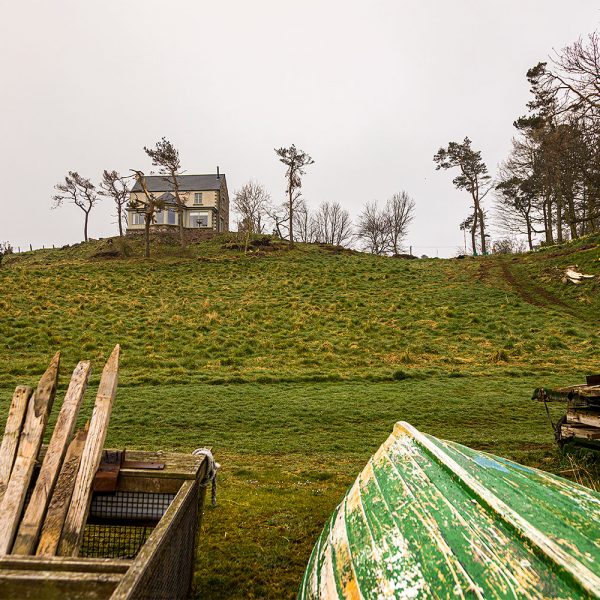 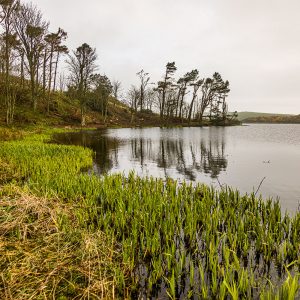 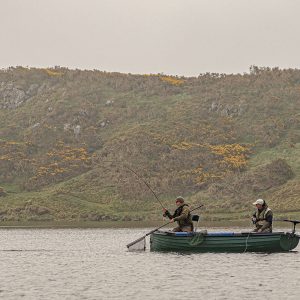 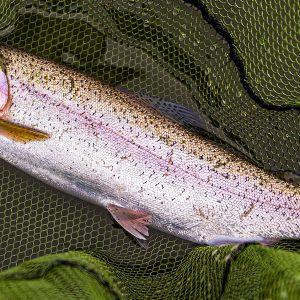 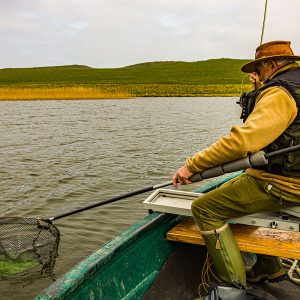 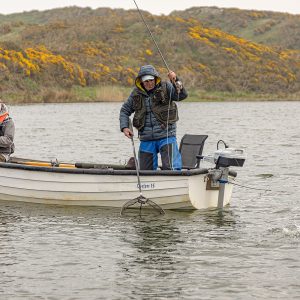 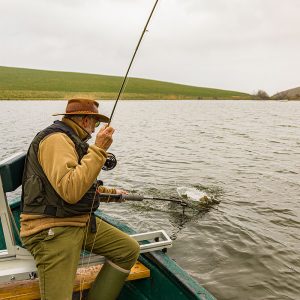 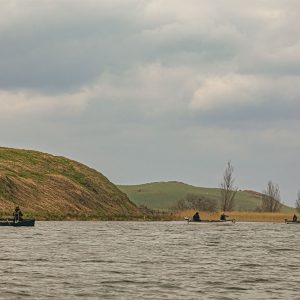 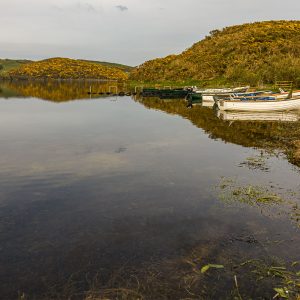 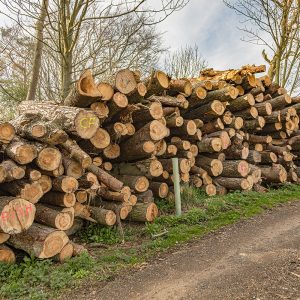 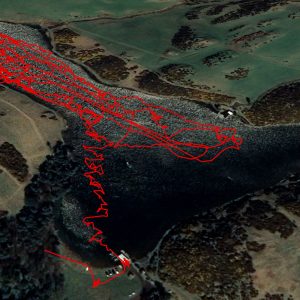